Hand-made by her scientist father, Marko Sawbones, Trancy is an abomination to life; stitched together human body parts of freshly deceased children, with an inserted brain stripped of all past memories. Her stitched skin carries the pigment of those they originally belonged to, but all have been dulled in the paleness of their deaths, while fragments of the childrens' souls still remain in her new body; giving her a disturbing presence to those who can sense them. Built to be an efficient assistant to Marko’s surgeries, he graced (or cursed) Trancy with six arms, all capable of moving in a pair or singularly. She became a violent surgeon after her father’s mysterious death, creating monstrous creatures out of her clients, eventually causing Sawbones Hospital to be sued and closed down for good.

The hospital has since been demolished, leaving Trancy with no relatives or a home; forcing her to venture out and see the Etoile Islands that was once a forbidden playground outside her window. Coming across an infamous man by the name Kazimer, he offered Trancy a job in the Villainous Science and Testing Facilities, giving her a new life as their surgeon and torturer. Her deathly, bug-like appearance and echoing voice of several dead children convinces you there is something just as sinister in her core; a sick, twisted child straight out of a horror movie. 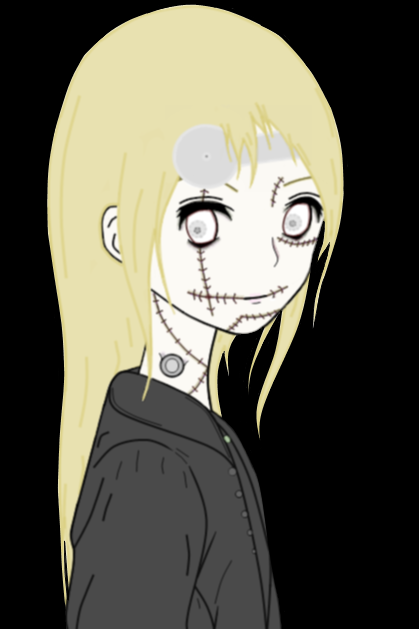 Trancy, despite her deathly appearance, greets friends with open arms (all six of them, in fact). A polite child, Trancy was raised to be kind to others, but to never be fooled by the words of others. With her best efforts, Trancy is kind to those who are even rude to her, but if they show signs of being a lesser intelligence, or stating lies, Trancy can become rather passive-aggressive. She has no patience for anyone who lies, or complains over things they can or cannot fix. In her work, Trancy has a tendency to deny customers if she believes they are being irrational and ‘stupid’ in their requests. She also believes if she asks a request once politely, but is denied, she can take what she wants by force. Her father always told her she deserved the best, and if she doesn’t get it, she has to simply take it. Perhaps she took his advice wrong, or perhaps that’s exactly what he meant, being a Sawbones and all.