The Ant Force Omnibot is the most powerful weapon in the valiant Ant Force's arsenal. A combining mecha of immense size, its awe inspiring power makes all foes tremble before it... Well, on the ant scale at least. While not nearly as unstoppable on the scale of humans and superheroes, and nowhere near as big, the Ant Force is still determined to pilot their mecha to continue the good fight, not just for ants, but for the world.

The superhero squad known as the Ant Force represent the pinnacle of what an ant can be. Only the fact that ant martial arts can't do much of anything to even the most basic thugs prevents the Force from fighting personally. Each of the five members of the Ant Force work in concert to pilot the Omnibot and deliver justice.

Byte is the leader of the Ant Force. He has a strong sense of justice and duty, and eagerly agreed with the idea to go out into the world at large. While Byte enjoys protecting the innocent and serving justice, he does not like fighting and doing harm to others. Ants, monsters, or humans, they're all living beings. Byte's elemental power is Fire, and he pilots the Red Hyperbot that forms the torso and head. It houses the cockpit the team pilots the Omnibot from and serves as the command center, in addition to having the software to flawlessly and swiftly link the Hyperbots' systems. 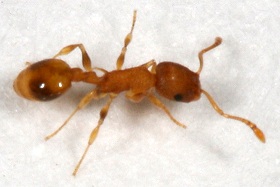 Kerri is undeniably the brawn of the group. Her fighting style deals exclusively in overpowering her enemy and breaking down their defenses to deliver the finishing blow, something helped by the fact she can lift the most weight out of any of her team. Despite her raw power, Kerri is a big softie at heart and was in fact the first to suggest the journey into the human world, for it would be a waste of their power to simply sit back and defend only the Colony. Kerri's elemental power is Earth, and she pilots the Yellow Hyperbot that forms the left arm, torso connector piece, sword, and shield. It thus provides the entirety of the Omnibot's combat capability, along with increasing brute strength. 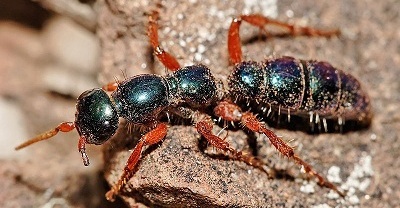 Salla is known across the colony for her skill in battle. While she is among the weakest of ants, not just in the team but in all the Colony, her exceptional skill and devotion to training in combat serves to keep her an equal combatant with her peers. Salla has perhaps the coldest world view of all the team. While no less aligned to justice and truth, it is often Salla that suggests a course of action that, while logical, is not always palatable. Salla's elemental power is Water, and she pilots the Blue Hyperbot that forms the right arm, shoulders, and chest piece. It has excellent control over the weapon, and amps up the Omnibot's systems so that reaction times can be cut in half. 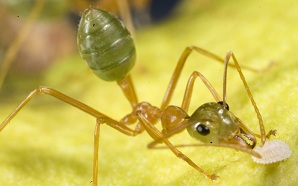 Wokka is the team's tech expert and the smart one of the group overall. He prefers to fight with blasters from range rather than in melee, but when he needs to he can fight in close quarters fine and dandy with an impressive assortment of weapons and gizmos. Wokka approaches most problems in a calm, scientific manner, and is usually able to spot a solution to a crisis that the other ants might have missed. Wokka's elemental power is Wind, and he pilots the Green Hyperbot that forms the legs. A well-tuned sensor array becomes available thanks to the system link in this form, giving the Ant Force extreme awareness of the battlefield around the Omnibot. 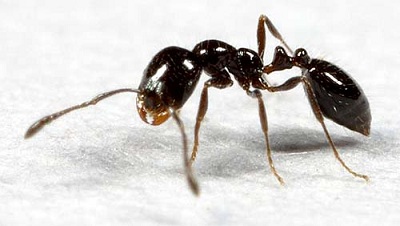 Steng is the team's stealth, infiltrations, and recon expert. While handy in any battle, Steng's real forte is sneaking into Lord Raid's holdings and learning plots before they ever come to pass. A life on the streets of the Colony leads him to be more cynical than the rest of the Ant Force, although this has saved them on many occasions as he tends to think as their enemy will. Despite all this, Steng has great admiration for his friends in the Ant Force, and is perhaps more loyal to the cause than anyone else- It was Raid's fault he had to lead the life he did. Steng's elemental power is Lightning, and he pilots the Black Hyperbot that forms the feet. Powerful generators in the Hyperbot provide a massive power boost to the Omnibot, and provide brief additional power boosts for enhanced movement and occasional attacks.