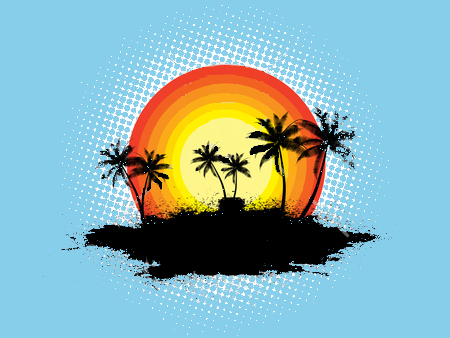 It started with a splash. I'm sure you've heard some crazy stories about babies being born in the back of the car on the way to the hospital, but my story is probably the craziest of them all. I was born in the middle of the ocean. That's right, the middle of the ocean. My mom went on a boat ride the day I was born. Yeah, she knew she was almost nine months pregnant and that I would be coming any day now, but that was just water under the bridge, er boat.

She had a good time. Well, for part of it at least. It was on the way back to shore that she started feeling the pain. Then her water broke, that was when she realized what was happening. She tried to tell the others but she was in too much pain. Luckily, she didn't need to say anything. The captain tried to hurry the boat back to port, but they were too far away. Mom was forced to give birth to me on the speeding boat. Crazy right? It gets crazier. My mom said that as they made port with one extra passenger, a giant squid surfaced and seemed to be watching us.

My mom never even knew. She didn't know that she had really had a child with Kanaloa, tiki god of the sea. She never knew where the squid had come from and what it had been doing there and she certainly didn't know that I had any powers. She raised me as well as an only mother could. I never knew anything about my father. She never talked about him and I never asked. We were doing fine on our own, no need to ruin it by bringing up old memories right? I was just like her, my love for the ocean surpassed everything else, but for me it was different. I felt a connection to it, as if it were part of me. I was a natural swimmer, and surfing was my favorite thing in the world.