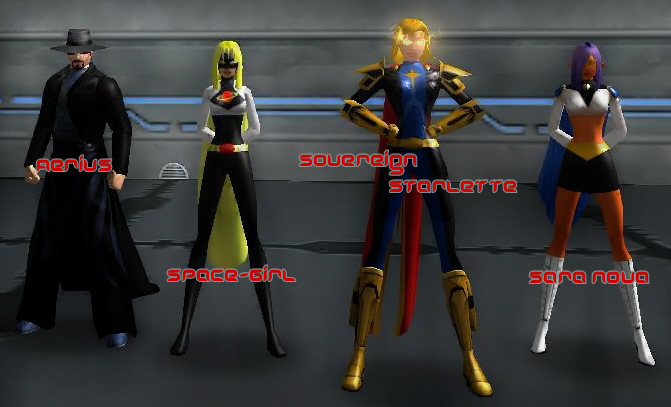 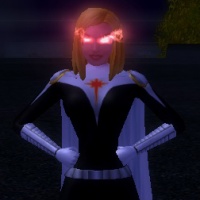 Shayla'nah is the Empress of the once mighty Democlean Empire on the planet of Democles Prime. The empire consisted of seven planets in the Democles system in the far reaches of the Pegasus galaxy.In the earth year 1947, an unknown enemy armada attacked the Democles system. One by one, Shayla'nah's planets fell to the might of these unknown aggressors. Shayla'nah's own armada, in a futile battle, attacked the armada only to find their technology vastly superior, despite theur own powerful weapons. Her army crippled, she had only one choice left. She ordered her last remaining battleship to fire its hyperspace generator into the Democles system's sun, while her Mothership entered hyperspace on a course for earth. The resulting reaction caused the sun to go supernova. The explosion destroyed all life in the system, but one ship from the unknown armada managed to follow through the hyperspace window.

Arriving at Earth, Shayla'nah's ship was badly damaged and most of her crew dead. She thought she was safe, until the enemy ship followed arrived and began firing. In a desperate, but bold move, Shayla'nah rammed her ship into her enemy's and the force crippled both ships. The enemy ship entered a decaying orbit and soon fell to Earth, crashing in a place called Roswell, New Mexico. With barely any life support or power, Shayla'nah managed to make an emergency landing in the northern wilderness of Canada. For the next 60 years, Shayla'nah served as a protector of Earth and in the new millenium, the enemy that attacked her empire had a name. The Rikti. Her anger and hatred for them spawned a determination and strength to destroy the Rikti. She became an integral part in stopping the invasion of Earth. 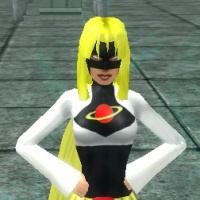 A Cheytherian intergalactic exploration unit made up of serveral starships, including a group from the Khelarian Armada, were travelling in the Milky Way Galaxy when they detected traces of a long forgotten energy signature. There were only a few that still knew of the incident involving the Khelarian's extradimensional research. One of these was a veteran officer in the Khelarian Armada named Ara K'aela. Upon recieving the news of the find, the leaders of the exploration unit held a meeting to discuss the find. As Ara sat and listened to the discussion about what should be done, she noticed that the energy signature that was discovered and the one that they has on file were similar, but not identical. After bringing this to the attention of the rest of the leaders of the group, Ara volunteered to go on ahead of the exploration unit and follow the energy trail to whereever it leads. Assisting her on her journey would be a sentient supercomputer by the name of Mnemonica (whom Ara helped create). Her mission was to gather whatever information she can regarding the energy being(s) and report back with her findings... 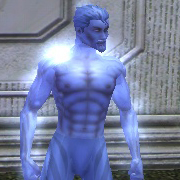 "For close to a month, I had no memory of who I am or where I am from. I was found in the middle of a desert by a group of scientist, who were studying the area. The scientist were surprised to find someone out in the middle of nowhere, without any supplies. They asked me who I was and where I was from, I told them that I had no memory of who or what I was. When I told them that I had the ability to control the air around me, half of the scientist thought I was some kind of alien, the rest of them didn't know what to think. One of the scientist thought it would be a good idea to give me the name Aerius. I asked him what it means and he told me that it is latin for 'belonging to the air'. After giving me some clothes and other supplies, they told me that there maybe someone in Paragon City who could help me figure out who I am.

Now, I remember who I am. I was from a peaceful planet called, Airador. While visiting a nearby planet, I received a message that my planet was under attack and to try to get help. On my way back home, I had seen a giant spaceship shooting at my planet, then it exploded. As I got closer to what used to be my home, someone started shooting at me from behind. A couple of the shots disabled my sensors and a few other minor systems. While trying to escape, I punched in some random coordinates, not knowing where they would take me. As I took a few more hits, I started the emergency system, then I blacked out. When I came to, I was in a desert and had no idea who I was." 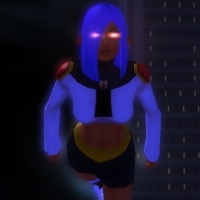 In the vastness of space there was a nexus of various energies, from the electromagnetic spectrum, Ionic, Thermonuclear, as well as Cosmic energies. Not too long ago, a gravity well forced these energies together and they gained sentience. This new being wandered aimlessly until catching communications from other life. Following the waves of the transmissions it found earth and began to probe all digital frequencies in order to properly make contact. Learning that it could forge it's own personal mass it created a body. This was the birth of Sara Nova.

At her core, Sara is practically a newborn who has just found others to interact with. Luckily Sara had been confronted by the Star Emperium not long after her entry to earths atmosphere and were willing to take her under their wing. She has been considered by some to be "too affectionate." Sara is also very naive and has a difficult time understanding fact and fiction.

Pages in category "The Star Emperium"

The following 6 pages are in this category, out of 6 total.