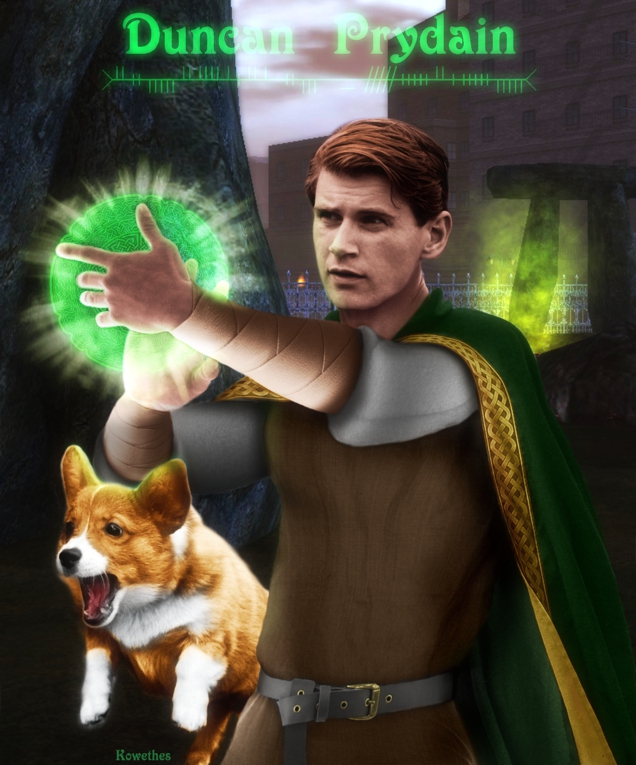 Duncan stares up at the man sat on horseback above him, and the army of horsemen that stretched behind. The villagers he had been staying with had left their homes as soon as scouts had seen the horde coming, and Duncan had agreed to delay them long enough to let the villagers cover their tracks.
The conversation, that ensued continued on for 26 progressively more infuriating minutes, in a Mongolian dialect that even a casual observer could tell sometimes fell short on correct pronunciation.
"And I'm not saying your horse is short, just that it's proportioned differently from what I would consider a horse. Not that there is anything wrong with that, I have a dog who much prefers having shorter legs. We have 'pony' which looks about the same. Maybe your horse is a 'pony'?"
The horseman looks at him through a confused, narrowed glare. "I have never heard of 'pony'. You said you will negotiate for your village, but I feel you are trying to waste our time."
He was. Duncan breaths deeply to steady himself, surely he had bought enough time by now. "You must know what a 'pony' is. It's a short, squat, braying animal, that is ridden by men all day... much like your mother."
No sooner had the words left his mouth, with the THOCK of an arrow being loosed in the direction of his chest, Duncan tumbles backwards to the floor as he passes in to lifelessness.

Some time later, not far from the village, a pile of stones begins to shift, and Duncan pulls himself free of a shallow grave. It was not the first time, and certainly not the last.
He was grateful that the villagers had given him a burial of sorts, it settled his mind that they must have survived and managed to return to their homes, but it was best if he left without saying anything just to save yet another incident.

Duncan was born in a settlement outside of CaerBaddon, towards CaerOdor on the Avon. Named Donnchadh by his father, Rhydian the Carpenter, of the Dubunni tribe.
At a young age, he showed promise in how quickly he developed speech and picked up the skills of his father's trade. Clearly blessed by Dagda with a great intellect, he was sent by his family to become a Druid, in what was to be 20 years of study and learning.
Duncan, however, did not take easily to structured learning. He paid attention as much as he could stomach, but his mind would invariably drift to flights of fancy.
It was one of these tangents of thought that would ultimately lead to Duncan's unending life.
A tribal Chieftain was set to marry, and Duncan, although still early in his training, thought of a great plan to bestow a gift on his wedding day.
Having just finished many weeks of lessons on curses and wards, Duncan's mind began to wander. To curse someone with a malady or slow death was fairly straight forward, but what of the opposite? To curse someone with life and youthfulness.
Had his seniors have heard his musings, they would likely have cuffed the side of his head and told him what he speaks of is called a boon or blessing, and they will cover that subject in due course. Duncan had learnt not to speak his mind as much by this point, and instead set about crafting the best curse as he was capable of, twisting words as to grant benefit rather than strike misfortune.
The bearer of this curse shall never feel the release of death, or the joy of joining his ancestors in Otherworld. May King Arawn turn their soul away from his kingdom, shackling it to their mortal form. Let old age, and the time to slow and rest be forever out of their grasp.
With rituals and the right offerings made, Duncan's curse was set. He set off to join the handfasting ceremony where he would, obviously to great praise from all, state his plan to the Chieftain, and how all that was needed to enact the curse was for the Chieftain to prick his finger on a prepared blade, making a symbolic blood sacrifice and binding the curse to him.
Duncan, however, managed to accidentally cut his own leg with the blade during an absent minded daydream on his journey there, about how fantastically he would be rewarded for all this.
Mildly amused by this young headstrong trainee druid, the Chieftain accepted his gift, and kept the knife as a talking point, which he would laughingly tell people will allow him a long and prosperous reign.
He died several years later from complications after contracting gonorrhea.
The curse of course had not worked as intended. Duncan, on the other hand, seemed as youthful as he had been back when his gift was given. He had in fact inflicted the curse upon himself.