Shiver and tremble, watch out for his symbol,

There's nowhere to run, he's not here for fun,"
Half Jack, Half Jack,
The Pumpkin King is back

"It was an old nursery rhyme my dad told me as a kid every Halloween about a boogeyman who'd visit nasty children. To keep kids in line, y'know? Yeah I know. It's creepy as f#!&%. What kind of parent would tell their kid that? Well, it's a long story..."

Jonathan Frye's mother ran off shortly after he was born and his father was always cagey on the details. He only ever told him she loved him very much.

But when Jon turned thirteen his dad sat him down and told him everything. They were two wayward runaways who got swept up in a hippie commune group in a farming community in northern Rhode Island, led by a charismatic man who promised power and spiritual enlightenment. Every Samhain they'd sacrifice goats and chickens in exchange for good fortune in the months to come. His mom and dad left the group and ran away together when they found out their leader was a con-man. Shortly after they moved into the city his mother gave birth to him, but she ran off with some rich banker soon after. 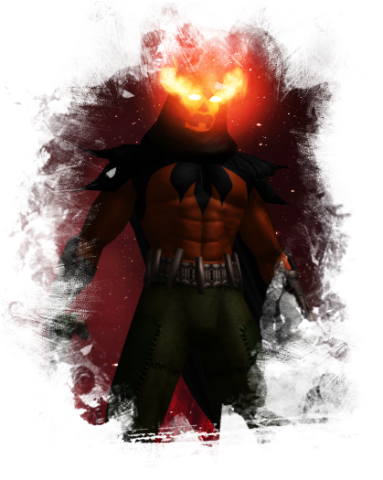 Years later, while doing some unrelated research for school, Jon came across some newspaper clippings online about the supposed "commune" that his parents were a part of and discovered everything his dad told him was a lie. It was not just some kooky group of hippies that got a little weird. It was a full on satanic cult. The police raided the cult's compound after members were caught sacrificing vagrants and runaways, not goats and chickens. The leader and a few loyal followers chose suicide over capture. The rest were caught and arrested but Jon's parents managed to escape and fled to the city.

Furthermore, after searching for more answers around the house, Jon discovered a cellar he never knew existed. In it were various objects related to the occult and a mystical grimoire containing what Jon assumed were the cult's tenants and beliefs.

"They worshiped some god with a name I can't pronounce. At first I thought it was just some hokey bulls#!& thought up by some douchebag who wanted to live like a king. Until I saw a face in fire. Every flame. Lighters, candles, even our fireplace. There'd be a monstrous face staring back at me. It didn't say anything. It's like, it was waiting for something. Until I blinked or looked away. Then it would disappear."

Though the cult had been shut down, his father still practiced. Worse yet, he had lied to Jon about his mother. She hadn't left them after having an affair. His father had sacrificed her in a ritual that promised power and immortality. Only it had failed and Jon was left without a mother. Enraged at his father's evil deeds, Jon waited until he returned to the cellar to worship and stabbed him through the heart with his ceremonial dagger while he was praying to his demonic god.

All those years ago, Jon's father had misinterpreted the book. He thought that the power he sought could be achieved by sacrificing someone he loved. But he missed the section where the benefactor must have rage in their heart while doing so. True, pure rage. So when Jon stabbed his father, the requirements were met. He was imbued with the power of the Shadow Flames as fire consumed the house and burnt it to the ground around him.

"I'd never felt anything like it. I was unhurt and I felt the power surge through me. Fire bent to my will. I made a vow that I'd never be tempted by greed. That I'd use this power to punish those like my father. The wicked and evil, who'd do harm unto others."

Jon took on the guise of Half Jack, the boogeyman from the rhyme his father used to recite to him, and now acts as an agent of vengeance.


Empowered by the occult force of The Shadow Flames, Jon possesses enhanced physical attributes such as superhuman strength, stamina, speed, endurance and durability as well as a variety of supernatural powers at his disposal, including:

Sin Sense: Half Jack is able to feel the transgressions of an individual he encounters by looking into their heart and soul. He can read, feel and sense the sorts of sins an individual has committed in their life.

Hellfire Generation: Half Jack possesses the ability to generate, control, and project mystical fire, or "hellfire" at will. The ethereal and supernatural flame not only burns the soul of a person but can also burn their physical body if Half Jack so chooses. He can utilize the fire in various ways including balls, spew out massive waves and unleash omnidirectional explosions, and raining down firestorms directly towards surrounding enemies. He is also able to control and manipulate non-mystical fire which he has not generated as well.

Soul Manipulation: Half Jack is able to manipulate souls, the incorporeal essence of a living being. As stated above, he can read the souls of his victims and judge their innocence and guilt, their sins and identity, as well as souls if the individual is degenerate and heartless to an extent where the victim becomes lifeless.

Supernatural Awareness: Half Jack possesses an extrasensory ability that allows him to detect any supernatural occurrences around him, such as illusions, spells, or traps.