Miss Cook
Seeker of the Unknown 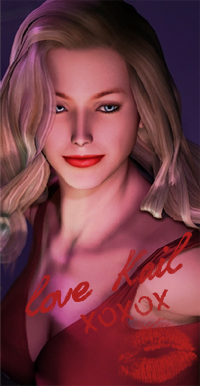 There was once a girl who yearned to know all the stories in the world;
to learn how the earth was born, to discover the secrets of every dark ocean, to touch the hand of all mythic creatures as they told her their ways.


A man who was not of mortal men came to her, and offered her the stories of the world in exchange for her heart.
Convinced her heart didn't lay within her chest, but within the lore of the ages, she obliged.
And when the prince of a different reality took her heart...
he took her body too.


Each time promised a tantalizing look into skeins of fate that bound the legends together,
and the forces of chaos that drove the stories that moved across the world with spices and silk.
It threatened to consume her,
and she'd allow it to.


Curiosity would be her downfall.

—Zarah Neman for the prettier parts of the piece.

Fear names.
Names have power in identity.
Others can use names as weapons.
Names are a hook that can be used to track ...
Remain nameless, and shall be safe.


I am the Nameless One.

Though born in England, Cook's family fled from the Midlands after an unspoken incident of kidnapping. Miss Cook's father, a successful attorney, had the connections and the money to own a home on Talos Islands. As soon as Miss Cook's parents believed she was ready to live on her own they retired, leaving Cook in Talos.

Because of what Cook was subjected to as a child she was fated to developing an obsession with the occult once her methodical life grew too unfulfilling to bare. Cook gradually evolved from a timid and weak girl into a manipulative and deceitful master of ritualism, and despite what people she's scorn and wounded in the process, she proves herself through charm and skill time and time again.

With the world as her oyster, Cook grew dangerously close to complete power corruption. Nothing seemed to be enough as she spun in the devil's grip. A unlikely hero clad in spandex and a cape would rip her out of the illusion and into reality as she realized her unconquerable heart had been captured.

Her irises are like the hottest flames - that's blue light engulfs her black pupils like coal. The roundness of her face, and large size of her doe-like eyes give away her youthfulness. Though no longer a child - her face still has not fully developed out of it's childlike features. But this never hinders her ability to lower fluffy eyelashes over her eyes and bring a 'hither' look to onlookers. English heritage can be seen in her skin - pale with a healthy, too healthy, glow. With unattainable perfect, her skin is also without blemish or mark. As if painted onto her form by the hand of Venus, Goddess of beauty. Her hair also a perfect embodiment of ideal shape and colour; thick, unbroken curls caught between waves made of liquid gold. Not a strand dares rebel away from the others.

Her hourglass shape is measured at bust, waist, hip - or 'Big, small, big' in Miss Cook's words. The 5'4 of her height and overall smallness of her form limits her muscles to a fine tone; outlining her abs and biceps or calves only when she flexes or exerts herself. Otherwise her stomach is a flat muscle and hard to the touch. This is a common build for dancers, who must push their bodies to the peek without loosing their elegant grace and light steps. Miss Cook too is light on her feet, and is often moving in some manner or another. Her body is as vocal as her words, and sometimes even more so. Hips sway with each stride - one foot always placed carefully in front of the other, toes pointed out as though she were a ballerina proceeding onto the stage.

But there are always exception.

Down Miss Cook's spine is the permanent markings of ink - a tattoo of tribal theme of her spine itself. Hiding just under the line of her hair, at the back of Kail's neck, is an inverted cross. Black and solid with no other detail or design. Touching the skin of her shoulders or upper torso would reveal the thin, raised lines of old scars. Long since healed - but still fading. To add to the gallery on her back is a brand - like on cattle - of three occult symbols layered over each other in a circle. It protects her, but marks her, for eternity. A newer scar, larger then the rest, now mares Kail's left shoulder with a matching twin dominating most of left side between her hip and ribs. Though invisible, upon touching the web like scar one may get the sense it'd be familiar to the remaining skin of a burn victim (yet it was not caused by a burn). More suspicious scars, matching as a pair, sit just on her hips as seared hand marks. Fingers coiling around.

One day, scorpion a came across a river, which he could not cross for he could not swim. Suddenly, he saw a frog sitting in the rushes by the bank of the stream on the other side of the river. He decided to ask the frog for help getting across the stream.
"Hello Mr. Frog!" called the across the water, "Would you be so kind as to give me a ride on your back across the river?"
"Well now, Mr. Scorpion! How do I know that if I try to help you, you wont try to kill me?" asked the frog hesitantly. "Because," the scorpion replied, "If I try to kill you, then I would die too, for you see I cannot swim!"
So the frog agreed to take the scorpion across the river. He swam over to the bank and settled himself near the mud to pick up his passenger. The scorpion crawled onto the frog's back.
'Halfway across the river, the frog suddenly felt a sharp sting in his back and, out of the corner of his eye, saw the scorpion remove his stinger from the frog's back. A deadening numbness began to creep into his limbs.
"You fool!" croaked the frog, "Now we shall both die! Why on earth did you do that?"
And the scorpion replied; "I could not help myself. It is my nature." 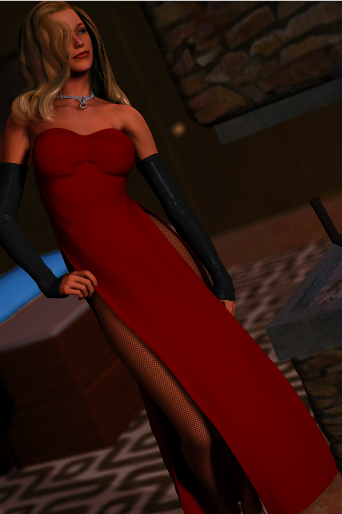 She walks in with legs that go on for miles and a dress that was made for ever curve of her body. You're not even listening to what she says, and by the time you do catch up, she's already got the orchestral playing the way she wants.

The next thing you’re waiting for is the excuse to why she’s different than the rest; not just a cardboard cut-out. But you won’t – never from her, at lest – because it’s that ignorance that lets her do what she does.
She's like an open book, you tell yourself. You know everything about her and her “kind”, you let ignorance blind you while she's hiding secrets and making your friends turn tricks. They don’t question it, so why should you? You question your sanity, your reasoning. . . It can only be prayed that you learn quickly, that this was the intention all along - that you were the target all along.

An open, straightforward nature without too much complexity: self-confident and charming, with an honest natural social grace - if not at times rather air-headed and simple. Being comfortable and proud with herself has Miss Cook producing a very strong sexual magnetism, often claimed to be used to gain material or psychological advantage over others. Perhaps it's this reason she seemingly attracts less sophisticated partners whose naiveté allows her a sense of command. Perhaps, even, she merely holds little fear towards the taboo of sexual expression.

Miss Cook acts as one would expect of a woman in red (or black,) dripping in diamonds if not coated by fur. But this expected outgoing appearance hides a much more complex and inward-turned personality.

One of the oldest conceptions of magic is Ritual Magic, a method of casting spells based on the performance of specific words, gestures, actions and offerings at specific places and times. Magic isn't a question of talent, spiritual enlightenment, or a power you're born with. It's something that anyone can learn, even (perhaps dangerously) the most mundane. The ritual usually requires one of the following to cast: a somatic (physical), verbal, or material component, as well as having restrictions on time and place. These may include a Magical Gesture or dancing a Magic Dance. Ritualists may need to speak in the Language Of Magic or sing Magic Music. It might require material offerings like an Eye Of Newt or a Virgin Sacrifice. The ritual might only work if done in a Place Of Power, or need the ritualist to draw a figure of Geometric Magic (this is especially common when using a Summoning Ritual). Some means of Ritual magic is described using long, complicated spells and extensive rituals to discourage ordinary. Such methods are used in complex manuscripts as; Key of Solomon, the Grimoire of Armadel, and the Goetia. 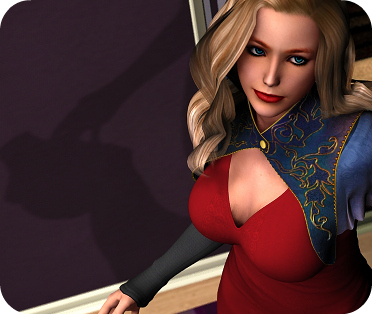