Sa Ji-Soo 23 was enjoying the time of her life: a five person K-Pop group she was proud as by the name of 5PZ6 Party, a schedule full time of tour dates, many over eager but cute boyfriends (or girlfriends) sending fan mail in over the dozens, and over 1.8 billion views on the two hit singles 'Baby, I'm Losing Control', 'He Hope's She's Trouble'. Her group appeared to be very successful and had looked to take overtime yet again but only as a

However the media announced that it was a P.A.R. attack a.k.a. the People's Arabic Republic, an offshoot of Al-Nursia, had raided the electronics and equipment staff during the downtime of exchanged staff. This was in between the 24/7 Neon Light Show Party of Indore, India; just west of the skyline of Mangal City. Their objective from the authorities was to sabotage the neon waterproof subsystem. This caused a mass surge which short circuited the power grid, killing 330 people, criticality wounding 83 with 2nd and 3rd degree burns... Sa however left right arms completely crushed by fallen debris (glass, metal, brittle, hemp, dense insulated siding, etc...), her stomach, right lung pierced and left eye completely slashed apart. 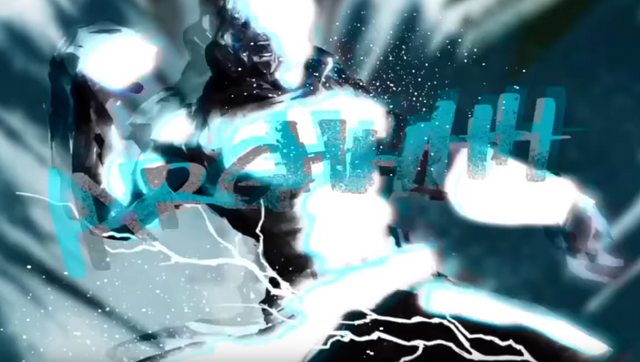 Sa Ji-Soo, her life, her fans, her music/singing career with the 5 others completely over due to a bunch of postal engrossed religious zealots that invaded the country in secret. She laid there unable to move, unable to speak out, cry out of her pain for help, unconscious with the only question that came to mind as the world was spinning around her... "Why?"

After four long years of rehabilitation, recovery, catching up with the news, spending time with family (mainly for 1 full year before deciding on doing anything) then having a decorated and tough coming out talk with a post on her Twitch Channel (twitch.tv/Sa-Boo-Boo), stating that "...I was happy to be alive and I made a lot of people happy and hopeful for me again and NOT just the men in suits." This statement eventually got posted on Twitter, Facebook and so on, receiving so much traction that it raised the question as to whether or not 5PZ6 Party would continue and in that she did after 6 months of: removing the rust of both her movement/dance skills, going in/out of the studio again, talking it out with the other members who unofficially were in Hiatus and were about to move on without her and convincing the music company that she would do more and work harder. Sometimes fate works out in the end.

One can say that she spent those last 4 years there at OIST in the form of a 'graduation' clause rather than just a , whatever she has chosen to include in her upgrades it was definitely improved her livelihood but it remains to be seen as to what other modifications, features there would be.

Path to Recovery System_ Date____ _____
As of the date ___ ____ ____ the person by the name of Sa Ji-Soo is subjected to our facility at the institute and has receives full medical treatment. Pending additional changes. - Physician ____ ______ on staff.
Physicalities*
Pre-Concert Incident Report - Date is ____, ____, _____: Sa Ji-Soo is perhaps a pretty above average Korean woman of 27. Her legs represent her effectively as a woman built pretty strongly like the backbone of a type grade submarine or ______ battleship. Though she doesn't seem to boast about them, she occasionally gets a comment here or there about 'what her goals are/were in achieving such powerful thighs' exclaiming that "...well originally in middle school, I did have a sort of diet I was starting on this was definitely true later on in life (especially when I went Dance Class lol) that, you need to have maintained a very good standing health, energy and exercise regularly as part of your routine on the ala dance floor. The movement and actions per a minute, specifically if you miss a day, week or a couple of weeks; it starts to get harder and harder on you. Think of it like going to the gym without stretching. In my case in a K-Pop music group, we tend to have dozens of places for motion be it body bending, hips swinging, butts shaking (LOL), ankles (and heads!) turning so with all this motion, speed, movement and gracefulness its basically required of us to have not only just the energy but the body to do so. In-fact the other members have about... nearly the same strenuous workout as I do abet it varies and it is subjective but, I personally stretch five times within a single hour to ten hours, avoid eating foods that "

Medical Update Phase I - "Authorization of theoretical artificial implant for the left eye. Dubbed OIST M.o.E. Micro to Echolocationary Scanner Date, ___, ___, ____. On this date, we hereby announced the replication methods on the OIST M.o.E. as complete; the subject is responding nicely and is taking a liking to eye's retinal chances. Her original left eye we thought wasn't clearly recoverable at first but after convincing and proper planning, we will move on to the next phases. In short OIST M.o.E., also known as the Micro to Echolocationary Scanner is a series tracking device only used to fixate alpha, beta, charlie, so on organic individuals based on height, body, size."

Cybernetic Implants Grade (1) - "Update, replacement of Left Eye has been mostly successful. Project resumed, continuing on to report further progress of recent OIST project. Sa Ji-Soo's left eye comes with two command programs: Program 1 aka "Micro-to-Echolocation" sized grid scanner that scans the entire area in-front and in-back by 115% in the patterns of a "####". Tracking targets at least every 10 meters based on both low-high frequency audio queues included shifts/micro/macro shifts in both the environment. Additionally, this scanner can locate individuals hiding via reflective surface lighting, through smoke or obscurities normally suppressed or altered by vision and she can change it INFRARED; WHITEHOT/BLACK. the second program aka "Medication Backtracking Composition", mainly designed to keep track of her medication as well as regular maintenance support from the institute; there are always being monitored and kept under check by them from 0600 to 1200 hrs
Which will be broken up into 3 categories Grade 1, 2, ad 3 respectively.

Cybernetic Implants Grade (2) - " We are (have) been fostering continuation from previous changes on ___ ______ _________. Sa Ji-Soo's arms (shoulders to hands), stomach, right lung pierced and left eye come complete with a field dampening of nanobots, a sturdy chassis to protect her full chest as well as a newly installed 'VioletMalaposide' by the Oriental Institute of Science and Technology which converts her waste into bio-energy as well as provides a soft [ human durability https://powerlisting.fandom.com/wiki/Peak_Human_Durability]. Heading into the final stages in which, Sa Ji-Soo turned out for a lack of a better word 'limbless'; the incident was regarded as catastrophic as it tore both sides of the muscular tissue clean through, crushed bones in totality and fully damaged the nerve endings that were supposedly being to amputate both of her arms in. But the lack of a really strong artery and nervous system for the weapon plus arm components 'on paper specialist', presents other problems for Sa Ji-Soo. four month long coma..."

Cybernetic Implants Grade (2) -The third stage or grade of her implants were mainly for her legs. As previously stated with the damage not only done to the muscular tissue above, Sa Ji-Soo suffered nerve damage that was inoperable to work with. Hence a third triage of cyber technology contained and addresses the problem correctly. These included a OTIOS chassis and rotatory. Allow with quick and instant snapping toward things behind her or diagonally, this also is an advantage for her to run @ approximately Mach 2 and shift positions accordingly. A featured trait is the ability to scale or stick to tricky surfaces for extended duration (i.e.e sides of diagonal walls, ceilings, etc.).

Alternated Ultra-Metabolism - Is required to take up to 5-6 dosages of VioletMalaposide or Symvene which is the current on-going treatment so that the body's internal system's level acting as inactive nanites which are only on standby until sun-rise and sunset. She is scheduled a new supply 2 times every year for 2 months.

5PZ6 Party's Birth
Sa-Ji Soo comes from an industrial part of South Korea....
5PZ6 Party's Production Values and 1st Logo
[place holder for logos, etc] Inspiration
Sa has been known at the Studio to binge Godsmack songs off her Spotify which was confirmed via Twitter that "...most of my musical favoritism happens to be based off the rock band Godsmack." 1/3
"I got to personally see them in Massachusetts as a brief run in with them, unfortunately I had another tour on-going at the time and sort of wish I had the chance to hear them live." 2/3
"I was a bit nervous because of the obvious reasons: 1. They are rock, we are well... upbeat but who said music requires rules to make? As you could tell, I listen to them, perhaps too much :sweat:." 3/3
"@jumbleb0t ...but yeah most of 5PZ6's influences are from Godsmack."


A follow up question was asked by another fan within her public Twitch channel by the user uiihigihi.


"Yes, the song Desert PassingxPassage is a reference to Serenity."


4 year Hiatus & Future
5PZ6 Party released a new single Desert PassingxPassage on January 5th, 2015 which featured new dance compilation done by them as well as lyrics that emphasize reflection and soul searching. Half of the video was made with 3D CGI sculptors, high quality ray tracing that then the actual group dancing to features of several Central Asian cords and drum set equipment that are put on heavy emphasis and focus for the transitions of the video's audios. Something that was indistinguishably different from typical K-Pop groups.


Due to this, the YouTube video actually peaked to 2 billion views, something which the group originally only peaked to 1.8 billion views thanks to 'Baby, I'm Losing Control', 'He Hope's She's Trouble'.
Dating [IC]

I'm Losing Control (2008), He Hope's She's Trouble (2011), Desert PassingxPassage (2015) *ill fix eeet dont @ me*This article about a character is a stub -- a small, but growing, work in progress. If you're the creator of this character, why not consider expanding it?