Lodge of the Raven

The Lodge of the Raven is a loose alliance of mages, wielders of arcane artifacts, and supernatural creatures who convene to prevent or end the harmful use of magic. It is descended from the esoteric lodges of Scotland, and styled after the hunting lodges of England. While the Lodge itself is situated on the Isle of Mull, most of its activity is centered in paragon City. 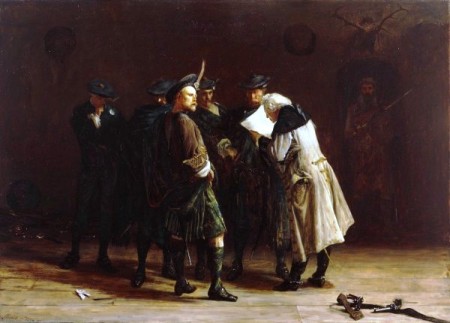 The Lodge began in the early 18th century as a regular meeting of Scottish Freemasons interested in philosophy and the occult, with a few possessing the Second Sight. After three years of meeting regularly with the larger group, the six gifted Masons founded the Lodge of the Raven on 31 October 1726 in Inverness. They dedicated themselves to the study of their mystic abilities and put them in the service of the Jacobite armies, who were attempting the restoration of the Stuart line to the thrones of Scotland, Ireland and England.

When it became clear that the Jacobite restoration was futile, and it was becoming dangerous to stay in Inverness, the Lodge moved to the Isle of Mull off the western coast of Scotland in 1760. Although the group was now more remote, its reputation among mystically gifted Masons drew members from throughout the British Isles.

Membership and interest diminished greatly in the 1800s as older members died and the Enlightenment’s empiricism cast doubt on the occult. In 1880, Master William Argyll and the two other remaining members the Lodge opened its membership to non-Masons and to women. This acknowledged the veracity of gifts and disciplines beyond the Lodge’s own and allowed the group to include a Catholic priest from Ireland schooled in ceremonial magic, a runemaster from Denmark, a spiritualist medium from London, and a mystic bard from Wales. Since the failure of the Jacobite rebellions a century earlier, the Lodge had withdrawn from influencing society and focused on research and introspection. This changed when the London member alerted the group to a new magician courting the upper classes of England.

The charismatic Baron Zoria had arrived from Russia in 1890, and the medium’s spirits began warning her of the danger he presented. Most people found him unpleasant, but he did manage to attract a few of the most desperate and greedy types from among the wealthy. At the apex of Lodge’s winter solstice ceremony of 1898, the members were rocked by a dark energy released in London. The vile ripple reached the furthest of the British Isles and every mystic lodge, circle and coven set out upon the ether to investigate. Baron Zoria and his cult had ritually invoked ancient dark spirits who entered their willing vessels and granted them great magical power. Zoria named his group the Circle of Thorns. The Circle enjoyed a meteoric rise in popularity among England’s occult underground, while the Lodge was kept busy minimizing the damage caused by their mystic abuses and indulgences. Eventually, the Lodge joined other magical and Christian groups in pressing for laws prohibiting the Circle’s activity. As an increasing number of European nations banned the Circle from practicing its beliefs, and war broke out on the Continent, the Circle left en masse for the east coast of the United States in 1914. 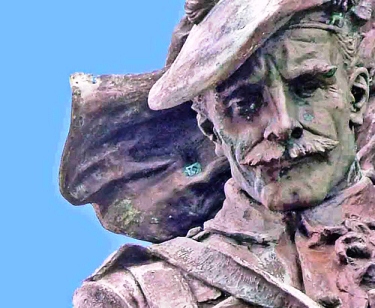 During the First World War the Lodge assisted on two fronts. The members oversaw the occult prisoners of war held in camps on the Isle of Man. They also countered the mystic maneuvers of the Germanennorden and, later, the Thule Society. Both were secret societies that promoted, and sought to ritually advance, the racial superiority of the Aryan race. In November of 1929, a member of the Lodge was approached by an American sorcerer calling himself the Dream Doctor regarding Baron Zoria and the very public Circle of Thorns. The Lodge met with the Doctor and made their library and records available to him. Impressed with the group, the Doctor returned to America to continue his investigation of the Circle. Four years later, the Lodge was once again contacted by the Dream Doctor. This time it was to update them on the Circle of Thorns and commence an exchange of knowledge with the Midnight Squad.

During the Second World War, the Lodge repeated its service to the Crown. It oversaw occult prisoners of war on the Isle of Man and assisted the newly formed Dawn Patrol as specialists against axis magicians. The Lodge gave special attention to countering the occult branch of the Ahnenerbe, a German think tank that sought to establish the superiority of the Nordic people. Among the Lodge’s successes was thwarting the Ahnenerbe’s plans to obtain and use the Malleus Mundi, an ancient tome of immense power. The Ahnenerbe was much more effective in its retaliation than its predecessors, however, and the Lodge suffered casualties.

In 1953 the Lodge was offered the opportunity to serve the Crown as a publicly recognized super-group alongside other groups such as the Dawn Patrol. Upon careful consideration the Lodge declined, feeling that it could best divine and address occult threats if it remained unnoticed.

During the 1970s and 1980s, the Lodge provided occult support in the Cold War and on the Dawn Patrol’s assaults upon the South American drug industry. It was through this support that the Lodge first came into contact with Latin American esoteric traditions. In 1994 Rebecca Foss, a wealthy real estate mogul from London, approached individual members of the Lodge about a for-profit hero group she was forming by the name of Hero Corps. She explained that it would broker work for heroes around the world and help nations deal with their super-powered problems. All but one member firmly declined. That member was subsequently dismissed from the Lodge, but remained on good terms with the group

Just before the new millennium, the Lodge was presented with omens that warned of two dire events. The first omen was interpreted as a mystic convergence that would occur in the American village of Salamanca. The second was less clear but more sinister and was centered around the city of Glascow. The senior members of the Lodge decided to safeguard their youngest member and so dispatched him to investigate Salamanca. On 23 May 2003, red lights appeared over Glasgow and London. Within twenty-four hours the alien Rikti were pouring out of the red portals and invading Earth. The Lodge immediately began coordinating with the Dawn Patrol and provided occult support. By the time the invasion ended six months later, only the youngest member of the Lodge remained. Alban Sullivan, known as the Draoidh, was left with a lodge in structural and financial shambles. The Rikti invasion also brought about a resurgence of the Circle of Thorns in Paragon City and, in 2005, the predicted convergence of Croatoa and Salamanca occurred.

The Lodge is presently in the process of rebuilding itself. 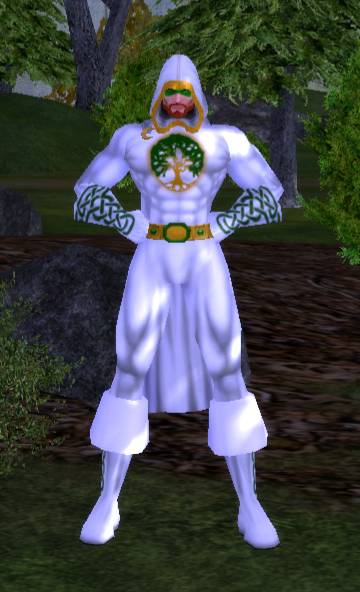 Draoidh - An adept from Scotland skilled in nature magic 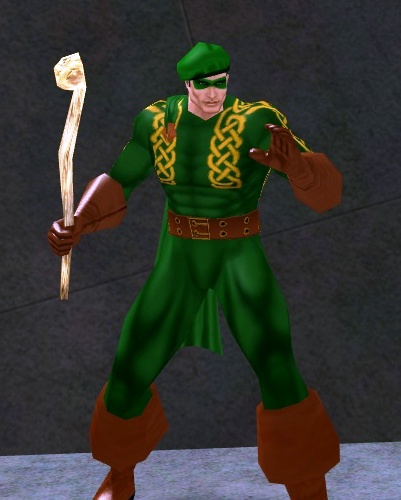