The Theft of Innocence

In Kraków, Poland, 1953, a struggling businessman named Edward Squiervsky and his wife Martha Squiervsky welcomed into the world a beautiful baby boy, whom they named Jan. They had heard of the wondrous opportunities the freedom of America offered and decided the family would have a better life there, fueled by a recent problem involving police corruption. The couple scraped up what money they could and boarded a ship en route to Ellis Island. They family settled in Manhattan, New York where they changed their names to sound more American, as not to attract the sort of people with anti-foreigner sentiments. And so, the family became Edward, Martha, and John (Johnny) Squiers.

The Canary Has Broken Free of Its Wire Cage

"I think there's something wrong with me."

The Mystery of the Secret Conception!

"They call him Murphy Malone, the man with the black-lung groan." 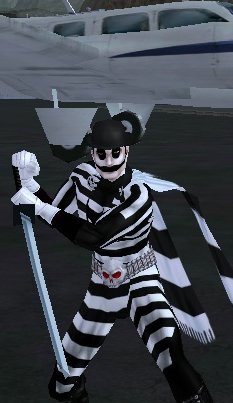 Vaudeville Pete is a sadistic killer with no evidence of a conscience. Like Lurksis, he often operates as an assassin, though he's gained a reputation for being unpredictable and dangerous, even to those who hire him. To date, he has never failed to finish a job, but there is no telling who else will get hurt or how brutal he will be in the job's execution. This reputation of brutality has also helped Vaudeville Pete carve out a niche for himself, people often hiring him for marks they want to suffer first.

If everyone truly has a dark side, this is Lurksis'. 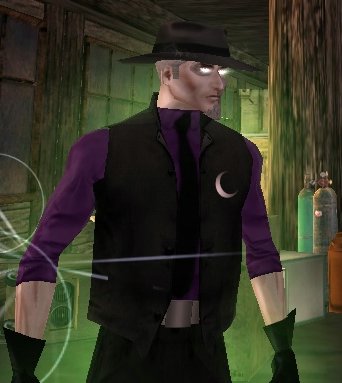 The Shaded Man is the part of Lurksis that is pure good. Always speaking with a British accent, the Shaded man has taken it upon himself to be the guardian of a little boy with psychic and precognitive abilities he refers to as "Young Nicolas."

Formerly of The Carnival of Darkness