I've been playing the red side for a while yet i had no villains. Mech was my first attempt to play something truly evil. It turns out the character's function is evil but her personality is struggling to get a balance between jealousy and rage. This character sat stagnant for a while until for some strange reason I started playing her again. Since I have an inability to play a character for more then a week without obsessively over thinking the how and why her story began to unfold; I give credit to Reforged for making me come up with all sorts of hows and for the role play that made me look closer at the whys. I consider Mech an NPC in terms of role play it is literally an extension of the house of the branded.

"I feel nothing. yet you ask me for compassion"


It was given life by the god of the forge, it was given form by the hands of man. Yet it was given no accomplished purpose on this earth. The Machine comes across emotionless most of the time it's internal dialogue typically does not bleed onto its expressions or actions. Yet there are emotions, very strong ones that only show themselves in the right light. It's jealousy of others seemingly natural connection to the world boils just under its metal skin. It will never fit into society. It is not a robot and it is not a person. In almost all ways, it is not alive yet it is not undead. Few can trigger an expression of the Machine's rage as much as another being of the Divine Spark. It sees them as a child might, one that feels slighted by the parents at not being the favorite and instead of directing this at the one responsible the other sibling receives all the aggression.

"I need you to fill the void inside. I need to break you."


The Machine houses the souls of many. Most of them are broken things driven mad by imprisonment, yet some retain themselves until the very end.

During World War II Samuel Falsworth was an engineer that helped to develop the Sherman Tank and various other implements of war. Sam defaulted on a mob loan on December 3rd, 1957. He did not live long enough to celebrate Christmas with his family.

This particularly stubborn spirit is in charge of numbers and bookkeeping. In life he embezzled hundreds of thousands of dollars from charity organizations during The Great Depression. He lived high on the hog for many years and by a fluke ended up trapped inside mech. convinced that he is headed for a particularly unpleasant afterlife he does anything and everything the machine wants in order to keep his place inside the metal prison.

Gordon Reeve sought out Mechination after researching her vague history through a number of sources. He wanted to take possession of the device in order to repair it and create an immortal metal body. A confrontation occurred in New York City during the Great Blizzard of 1888. Although the primitive wood and steel body of the device was no match for the zealously enraged man it sacrificed itself by clinging to the Cultist and forcing them both into the cold waters of the bay. The man drowned and is still trapped inside the labyrinth, begrudgingly telling the Master Gear all about the things he learned when he was alive.

1962 - Hung himself in prison following a conviction of conspiracy to commit murder. Few things are known about this man other then his great knowledge of the ancient Greek culture. It is suspected he taught English and Modern Interaction to the Machine.


The Spark of the Divine guarantees it's existence. The more souls it consumes, the more durable it's physical body becomes. It does not sleep or need eat. If Mechination was allowed to rundown it drops into a state of slumber and could effectively hibernate forever. The vessels that actively protect and defend the automaton are loyal to the greatest degree - Openly willing to sacrifice themselves in order to protect It.


There are those out in the world that share a certain connection with this Abomination. It is these kin that possess the power to destroy. It must gather souls and trap them in order to stay mobile even though it does not die. Only if wound down is it more susceptible to damage.


The mechanism that powers Mechination was created by Daedalus during his early experiments in securing his own immortality. Inspired by Hephaestus it contains a Spark of the Divine directly passed down by the Hephaestus himself. The result was flawed and unable to pertinently contain the soul. Daedalus' interpretation of the Gods' Design may in itself be flawed.

He allowed the device to wind down and was unable to fully realize the potential and eventually discarded it. The device was salvaged and obtained a reputation as the "Breaker Automaton" before it was once again lost to Time. The full potential of this contraption was not realized until 1846 when an understudy at the newly opened Smithsonian Institute stole the heart-sized box of bronze and iron in order to either copy it or sell it on the Black Market.

a rose by any other name...


Hephaestus inspired the Mechination's construction and it is thought that the flaw originated with the interpretation. The flaw being the consumption of the soul instead of making it immortal. Yet, recent events have unfolded to question this: The late God once built a throne that trapped Hera herself - How could he fail so badly with Mechination?

The soul is what powers a human being and in its own right can generate tremendous force. The mechanism that allows the Machine to run traps these souls in a maze-like brass and iron construct. These souls try desperately to escape the trap only to fuel it in the process. Once the potential energy is extracted the soul is vented to wander forever without the energy or the will to seek the afterlife it so desperately fought for. This allows Mechination to move and function much like a steam powered automaton. In it's quest of purpose it has found a way to replicate itself on a base level. The vessels that follow it around are merely copies. Each contain one soul eager to do the Machine's bidding to either win their freedom, or want one more murderous rampage before being dragged into the Hellfire. 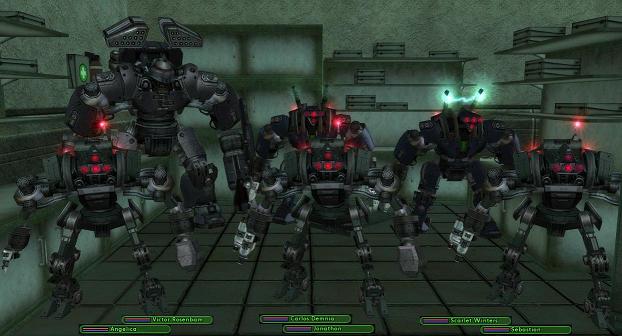 This Shade is lovingly referred to simply as `The Mechanic` or by his true name, Samueal Falsworth. Being in debt to the Mafia in 1957 lead to a chronic case of death. Thankfully, he was spared a most foul afterlife. In return he's been engineering Mechination's upgrades since the day he died. 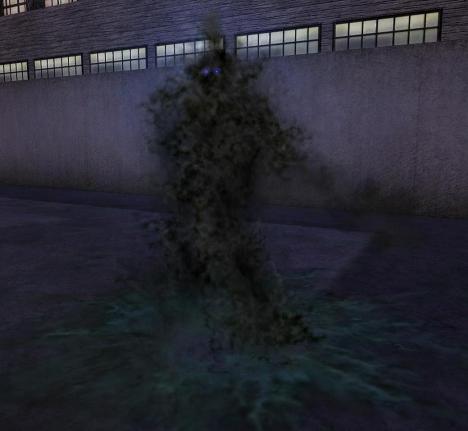 the body of a mannequin and used it in a private sideshow during the 1851 Worlds Fair powering it with steam to mimic a woman going through the motions of baking bread. On the 2nd night of the Fair a worker fell to his death nearby while replacing faulty wiring and Mech hasn't stopped moving since. 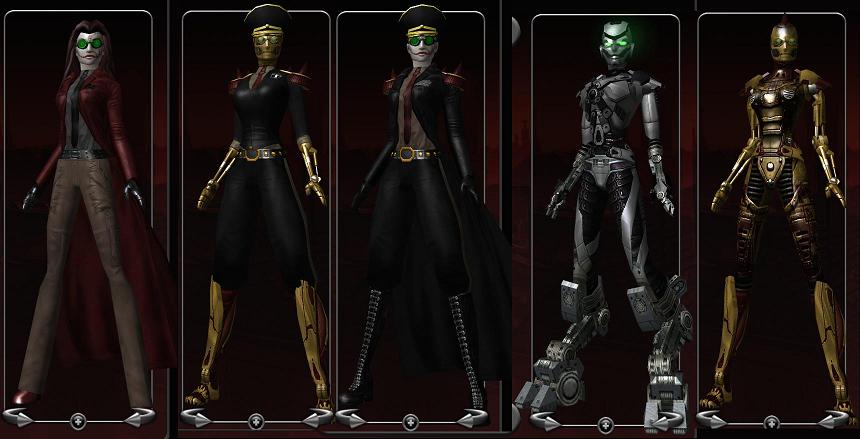 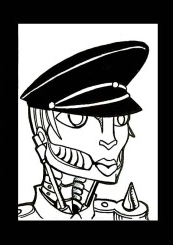