Is he just an illusion? An echo of a dark device set loose upon the Isles again? A time traveling double? Or is he just an undercover cop that's gone native to secure his own interests? Who knows....

Nicky carries a leatherbound journal with him at all times. He can usually be seen in the D writing various notes in it. Anything ranging from personal thoughts, observations to detailed mission plans. Nick will include anything he deems relevant to a case he's working on like photos, business cards, newspaper clippings and receipts.

Journal Entry One: Date unspecified. Eyes Open. For the first time, my eyes are open. The Department Psych has told me that writing it out will help me with my loss. I will grieve better if I get better in touch with myself. Fuck her. I'm sure as hell not going to grieve. Melissa is not gone. She did not leave me. Something else is at work.

The phrase 'The truth' has been almost etched into either side of this entry. A newspaper article from the B section of the Vancouver Province is attached to this entry. The date cannot be seen, but the pictures show a burnt out building with the headline *"Explosion damages warehouse district."

Journal Entry Two: Date unspecified. I've been given the month off. The Sarge claims "my head isn't in the game." His way of saying he wants me to stop pistol whipping suspects. I grinned to myself as I watched that punk pick up his teeth in the middle of the street that night. He wouldn't tell me what I needed. The truth is being covered up from me. This is something bigger than just Melissa.

Journal Entry (Number difficult to read) : Date unspecified. I resigned my commission the other day. The Inspector shook my hand and said he was sad to see me go. I almost broke his hand when I returned the shake. I have two weeks to bleed me internal department contacts dry before I leave. My "external" contacts are a lot more forthcoming, since I maxed out my line of credit. I've always been opened minded, but what I'm hearing is just staggering. Rogue ice mages, Special Enforcement Agencies and Dark magic? Holy Christ.

Journal Entry (Number impossible to read) : November 16th, 2007 Made land in the States just as the 16th came in. Her birthday. I bought a bouquet of roses from a streetside vendor. I sat by the pier and promised her I'd find her. No matter what happens. I met with my Stateside contact this afternoon. The merchandise is good. Almost better than what I specified. The price he's offering is near criminal, but at this point it's something I'm going to have to get used to. It's nice to see the bastard collection of 1911 parts come together in harmony. 15000 MRBF  ? That's a wonderful dream. I should get a guaranteed in writing. Unlikely. 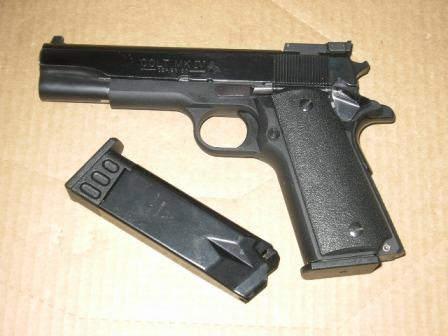 Journal Entry 107 : Date unspecified I'm still recovering from the rush of robbing a bank. The gaggle of followers I've gathered are getting better. CeeBee and TwoFry are just punk kids, but they do have connections to things I can't even comprehend at this point. Makes leg work alot easier.

Journal Entry(Number unreadable): Date Unspecified I need to find a good local fabricator. I've been talking to contacts about the new Malta Gear and I need to get my hands on a couple Special Purpose rounds. Problems keep popping up.

Journal Entry 125: Date unreadable The charm has fused itself with my wrist. I tried to pry it out with a knife, but no such luck. The wound healed instantly. I've also began to randomly teleport places. Most of my paperwork is done in the D so I don't have to worry about that. I'm learning some control. I should talk with the CoT Chapter that owes me one. Bocar owes me a favour too.

Journal Entry 130: Date unreadable The old adage of the enemy of my enemy is my friend. Malta proved unwilling to "outsource" to deal with our mutual hero problem. Rumor has it they have some magic countermeasure that might be of some use.

Journal Entry 132: Date unreadable Spent the afternoon bouncing in and out of the Rez chambers across the Isles. Painkillers are a wonderful thing. Must consult a few magical texts to ensure it's "safe" for humans to be revived that many times using magical methods. The Boys are acting a little...Off.

Journal Entry 140: Date unreadable Made landfall in St. Martial a couple days ago. Decided to get a suit and "Formal" shoulder holster tailored to blend in better at the Giza. New alias in play. Hope to get some results.

It's been a few weeks of work with no concrete leads on anything. Must press on harder on all my contacts. I might even have to start calling in some favors. Can't forget. Can't forgive. Eyes open.

I'm not usually frightened by things I've seen while I've been in the Isles and I've seen a lot of things, but of everything. This woman scared me to the core. I've heard legends of the "Ghost Widow" for a while and if even half of it is true, she would be a powerful ally and the last person in the world you'd want to upset. I was granted an audience(yes, That sounds cheesy, but that's what I was told by the Arbiters.)

She grabbed my wrist and studied the charm with great intrigue. I actually saw her smile for a moment. Smile! Yeah, that was scariest thing. The Widow looked me in the eyes and said and I quote:

"So, one of the Destined of Arachnos comes to me, and with high praise from the Arbiters. You've left a trail of wreckage and bodies in your wake, shattered dreams and broken lives, and this is only the beginning. Now, let us see what nightmares we can unleash together."

She kissed the back of my left hand and held it for a moment. The imprint is still burning and it's been hours. I don't know if this was the right choice, but I think it'll help me. If anyone could bring her back, it would be this scary scary woman. I might have to talk to Roe about this because she has to be one of the only people who understand the Widow....and you know things are bad when I willingly talk to Roe.

A scribble phone number next to the initials CK