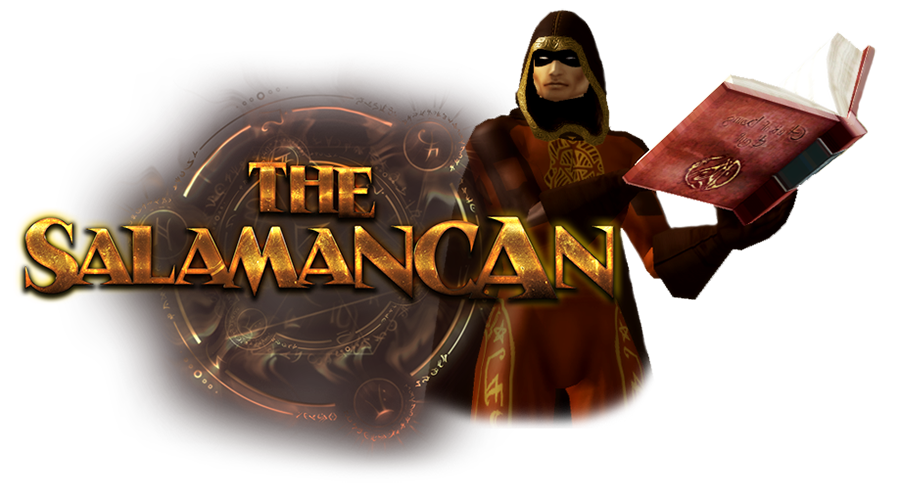 College student Sidney Evans studied at the university in Salamanca long before the eerie mists of Croatoa closed in. A budding historian, Sid was one of several tasked with gathering artifacts and relics in an attempt to free the village of Salamanca from Croatoa's mystical hold. In search of an ancient artifact, Sidney ventured into a large estate on the outskirts of New Connaught to solve a seemingly impossible puzzle to unlock the tomb it reside in... 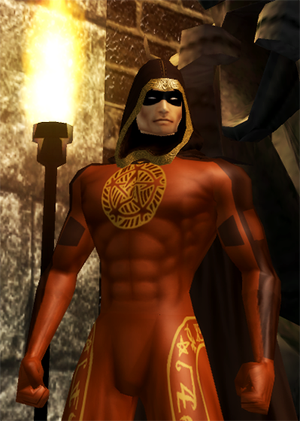 Born to a pair of passionate archaeologists, Sidney naturally held an interest in ancient history as well. His parents often traveled to different dig sites across the world, but refused to bring him with them, as they cared much more for his safety than his curiosity. As such, Sid spent the majority of his adolescence living with his aunt in Salamanca, a small resort town outside of Paragon City. Though he was left to his own devices, Sid maintained a healthy interest in history and the arts.

By the time Sidney came of age, strange creatures had begun appearing all over the town and a mysterious mist set in. After graduating high school, Sidney enrolled in the local University. It was there where he learned the ugly truth of things; Salamanca was being pulled into the spirit world of Croatoa. And so, the town's few scholars and historians banded together in a makeshift attempt to free the village from Croatoa's mystical hold. They called themselves 'The Salamancan Guard'.

"Much has been forgotten and I fear that greater troubles
shall stem from that loss of knowledge in the future. The Tuatha de Dannan's war
with their ancient enemies the Fir Bolg, the rivalry between the Red Caps and the
Cabal, and the mystery of how and why Salamanca has become the
physical nexus for all of Croatoa's mystical power. All of these secrets may remain
undiscovered as long as we are separated."
- Professor Gideon Sharp, One of Sidney's mentors.

Passing superheroes would often lend their hand in helping push back the invaders that threatened the village. But they were only treating a symptom of the true problem. One day, Sidney overheard senior members of the guard mention a puzzle. An impossible riddle that none of their number could solve. One whose answer could hold the key to Salamanca's salvation. He confronted his professor who acknowledged the secret and the location; an abandoned manor on the outskirts of the town. He warned Sidney that the trek would be dangerous, but determined to solve the puzzle, Sid ventured out to the estate.

Against all odds, Sidney not only reached the manor and managed to navigate his way through the underground catacombs that led to the puzzle, he succeeded in solving it after many hours and was rewarded with the entrance to a secret tomb revealing itself. The only thing inside the stone room was a throne and bound to it was an aged man who claimed to be a powerful wizard and promised to provide Sidney with the tools he'd need to save Salamanca if he would free him. As Sid removed the sorcerer's enchanted bindings he noticed inscriptions and crude drawings carved into the stone walls. The tomb wasn't a tomb at all. It was a prison. And Sidney had just freed its prisoner.

Acting fast, Sid grabbed a sharpened slag of fallen rock, impaling the sorcerer through the chest as he charged towards him. Weakened by a lifetime of imprisonment, the sorcerer's body crumbled to dust, although his immortal soul would not be vanquished so easily. As his spirit was splintered, a portion of his essence entered and possessed Sidney. He struggled to suppress the sorcerer's influence over him. Infused in Sidney was only a fraction of the sorcerer's mystical strength, but he promised to give him the power to fully liberate Salamanca if he surrendered control. Sidney refused and though he's continually tempted by the sorcerer's mental prodding, he's managed to resist him and uses his supernatural abilities for good.
Retrieved from "http://virtueverse.net/wiki/Salamancan"
Categories: Hero | Magic | Sentinel | Mage | Everlasting