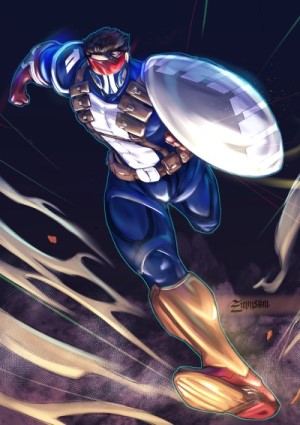 Born Jonathan "Jon" Morris in the year 2100 in an alternate timeline where the Rikti won the war and forced what remained of humanity into hiding. When Jon was of age, he joined the United Resistance Army with his older brother. Due to his slight physique and small stature though, Jon was trained as a radio operator, and eventually became his unit's top communications officer. While he wasn't as strong or fast as his brother, he made up for it with his quick wits, resourcefulness, courage and determination; showing unwavering grit and resolve to complete a mission. When Doctor Adrian Newton, a once renowned physicist and chief of the URA's temporal warfare discovered the timeline for Prime Earth, he proposed to send a team of soldiers to that dimension to discover the Rikti's weakness.

Hearing of an opportunity to save whatever was left of their earth, Jon and his brother volunteered to join the special mission. They were injected with a special serum (only known as "Temporal Newtonium"), which would allow their physiology to remain intact when they made the jump. However, during the jump, their team was sabotaged by a Rikti spy, damaging their "time ship" with Jon getting sucked out into the dimensional timestream.

Exposure to the timestream had a radical effect on the Newtonium serum flowing in Jon's bloodstream, transforming his physiology to the peak of human condition. When Jon had awoken, he was greeted by a raiding party of "primitives" whom he later learned were the Navajo tribe of Native Americans. The Navajo took Jon back to their village, but kept him captive, mistaking him for local milita.

While captive, Jon was able to power-up his scouting HUD, and quickly realized what had happened: he was in the right dimension, but almost a century too early, landing in the year 1863. During this time, the militia, and their leader Arthur Rutherford attacked the Navajo camp, in retaliation for the sheep and cattle they had raided a few days ago. Instead of using this as an opportunity to escape, Jon tested his newly formed physique to help his captors, driving off the militia using what remained of his equipment. The Navajos were in awe, and the Chief decided to let Jon stay with the tribe. Using the remaining power in the HUD to learn the Navajo language, Jon had explained that he had come from "tomorrow" to help his people, and that there would be a great danger soon. They pointed him to a medicine man in the mountains, who is said to be able to see the future, and maybe help Jon get back home.

Journey to the Mountaintop

When Jon had reached the mountaintop, he had come upon a small camp where he was led to an old woman whom they called "Né'èshjaà", or "Owl". Né'èshjaà put Jon into "the great sleep" and used her medicines to peer into his future to try and help Jon find a way back home. When Jon awoke, Né'èshjaà explained that she could only see so far into Jon's future, but that he should look out for a stranger that came from the North. He would be the key to helping Jon with his purpose on "this plane of existence".

With that riddle in hand, Jon set out into the wilderness, settling in a remote part of the mountain, deciding to do everything he can to prepare himself for the coming of the "stranger from the North".

Back to the Future 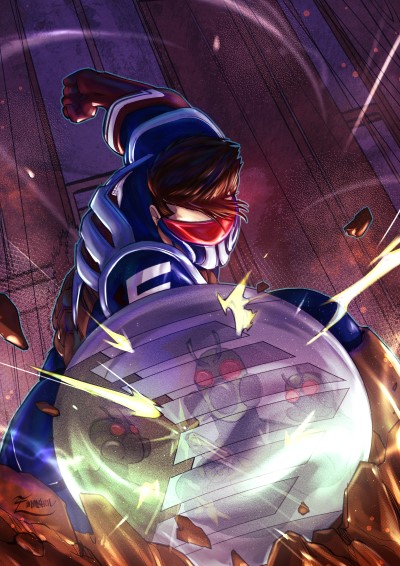 Retrieved from "http://virtueverse.net/wiki/Soldier-One"
Categories: Works In Progress | Everlasting | The Frontline (2020)