Writer's Block. The worst affliction an author on a deadline can suffer from. Rex Baker was that unfortunate. Plagued by writer's block, a mountain of debt, and a powerful bout of depression, Rex did the smart thing - he sought help. But he wasn't close with his family. And therapists were costly. So when he came across an ad for a free self-help seminar, he was ecstatic. For the first time in months. 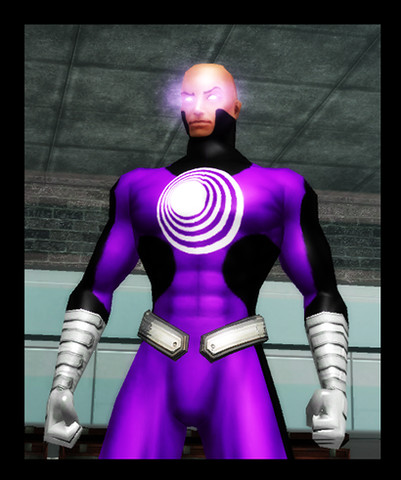 "The Power of You: Unlocking Your Inner Potential" was the name plastered across the banner outside the nondescript building. Inside, around ten to fifteen people were all milling about, chatting while they waited for the seminar to start. After grabbing a cup of coffee, Rex joined them. Whether it be stuck in dead-end jobs, artists looking for inspiration, recovering addicts, etc. They were all more or less in the same boat.

Rex took a seat near the back as the speaker gathered them all together and began. Rex didn't find any of it particularly illuminating or helpful and eventually found himself falling asleep about ten minutes into the lecture. But before he nodded off completely he noticed that nearly everyone else were falling asleep as well. Surely the talk wasn't that boring?

He awoke in a plexiglas containment cell in what seemed to be some sort of facility underground.

The others from the seminar (which at this point, Rex had deduced was obviously not at all legitimate) were all locked inside identical cells. After a few hours, a man in a lab coat came and gave everyone the rundown. They were all actually taking part in a research experiment - they'd been dosed with a serum designed to unlock the hidden potential of the human mind. So far, none of the subjects had exhibited any signs of extrasensory abilities.

Now at this point, pretty much everyone was understandably upset about being captured and experimented on against their will. But eventually, after realizing there was no escape from their captors and with no other options to be had, everyone more or less accepted their fate and endured further testing. Not that any of them bore fruit. Or so they thought.

The researchers tested the subjects in cycles and in the interim, Rex had developed powerful psychic abilities, which he managed to successfully hide from his captors, and when the time was right used them to not only escape, but free the others as well.

Unable to return to his former life now that whoever oversaw the experiments were now aware of his abilities and were most likely hunting him, Rex fled his native New York City to Paragon, Rhode Island, hoping to mask his presence in the city full of superheroes. 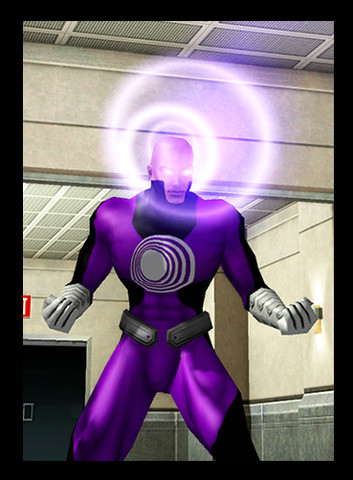 Telepathy: He is able to read minds and project and broadcast his own thoughts into the minds of others within a radius of ten miles. With extreme effort, he can extend that radius, though the process exhausts him. He is able to mask his presence from being detected by others, project psionic force bolts that cause intense pain, alter memories, and erect psychic shields that prevent the free access to the conscious and subconscious mind of anyone he chooses.

Telekinesis: Projection of psychokinetic energy enables Trance to levitate objects, propel or manipulate them however he wishes, lift himself and move through the air to simulate flight, and generate concussive force as blasts or bursts. He is also able to create telekinetic shields, force fields, and barriers as well.

Mind Control: Only after direct eye contact is Trance able to control the minds of others. He is then able to command them either psychically or verbally. His influence over individuals fade with both time and distance and those with exceptional willpower or telepathic abilities themselves have resisted his control.

Empathy: Though he cannot manipulate or alter them in any way, Trance is able to sense and read the emotions of others around him, allowing him to gain insight into their feelings and intentions.

Though he's level-headed and rational, every now and then Rex has the odd bout of paranoia, a side-effect of being on the run for months at a time. The ability to psychically sense the intentions of others has left Rex slow to trust as well.

Since his abilities are mind-based, if he's unable to concentrate or form a thought, he's either unable to use his powers or unable to control them. He's inadvertently induced migraines to those around him when angered and accidentally caused objects to telekinetically combust when annoyed. As such, Rex is a strict practitioner of meditation and anger management.

Since gaining control over his abilities he's trained himself to never violate or intrude on another's psyche against their will or without their knowledge.

Doctor Fear - Rex’s archenemy. Former psychiatrist and therapist Thaddeus Rackham was determined to develop a full-proof procedure that allowed his patients to conquer their greatest fears. But his passion ballooned into an obsession as his hunger for fame and notoriety overrode his morals. His therapy sessions become more and more experimental and dangerous as he forced his patients to confront their fears through the use of powerful psychotropics which eventually rendered many of them catatonic. After he was stripped of his medical license, he suffered a severe mental breakdown, completely losing his grip on reality as he became determined to rid the world of fear. By any means necessary. Injecting himself with a cocktail of synthetic drugs stolen from a research laboratory, Rackham was ecstatic when he discovered he now possessed the ability to spread a airborne pheromone that causes fear and panic in its victims. Rex’s telepathic abilities allow him to resist the effects of Rackham’s powers. Similarly, Rackham’s frequent use of his synthetic drugs combined with his own insanity prevents Rex from reading, controlling, or manipulating his mind.

Kiloton - Terra Volta reactor technician Guy Allen was accidentally locked in an unshielded closet by an inexperienced superhero who attempted to defend the reactor against Freakshow saboteurs by himself. When the reactor overloaded, Guy was bombarded with deadly radiation. But instead of killing him, his body absorbed the radiation. Now able to emit toxic radiation with a mere thought and blaming superheroes for his condition, Guy acts as a lethal assassin with a reputation for targeting caped crusaders.

Obsidian International - Though Rex is unaware, Apogee Labs, one of the Obsidian's many subsidiaries, was behind the illegal and unethical experiments that led to him developing his abilities. Since his escape, the division has perfected the serum and enhanced operatives with similar psychic abilities, tasking them with tracking down Rex and capturing him, or if need be, eliminating him.

"Meds" by Placebo
"Out of My Mind" by B.o.B
"Head Like A Hole" by Nine Inch Nails
"Solo Dolo" by Kid Cudi
"The Adventure" by Angels & Airwaves
"There's No Secrets This Year" by Silversun Pickups
"My Mind" by Portugal. The Man

Thanks A Latte! - Rex's coffee run is interrupted.
Madness - Doctor Fear brings about a nightmare.