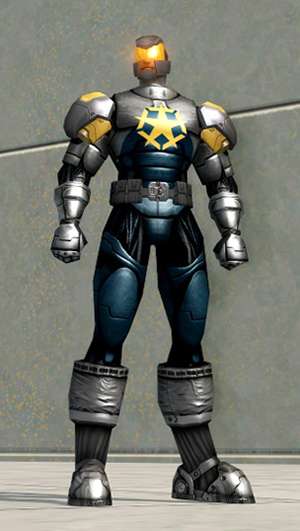 Born into a military family, both Grant Reeves' parents were former soldiers. His mother, an air force pilot and his father a Marine. With few other aspirations, Grant enlisted in the military as soon as he was able. While his upbringing was rigid and strict, it as also loving. Grant's parents instilled a sense of both honor and integrity in him while he was young, traits that they knew would serve him well later in life. And serve him well, they did.

Having been prepared for it for most of his young adulthood, Grant took to military life extremely well and eventually, he became a bona fide United States Marine. He was the model soldier. He never slacked off, He followed orders without question. He believed in the system, in the chain of command. Later, Grant came under the command of a decorated Colonel named Jack Davis. While Grant wasn't a fan of the man's arrogant and self-righteous nature, he respected his position. Until he discovered Davis was profiting by illegally confiscating antiquities, artifacts, and other resources, then shipping and selling them back in the US.

Grant confronted Davis regarding his crimes and he nonchalantly admitted to it, offering him a place in his operation. When Grant declined and threatened to go over his head about the matter, Davis had him framed for the accidental shooting of a local refugee. Grant was dishonorably discharged and sent back home. With his faith in others shaken, Grant lost his sense of purpose. But after reconnecting with a former friend and fellow marine, Grant was put into contact with a representative for Cannon, a private military corporation.

Led by a charismatic former Army Corporal named Marcus Ward, Cannon specialized its activity at military contract service, such as personal protection, convoy security and tactical operations. The majority of the organization's recruits consisted of former United States Armed Forces members. Grant met with Ward and instantly struck up something of a kinship when he mentioned that he too was discharged from the army for questioning a superior's orders. Grant's exemplarily service with Cannon led to him being the first in line to be considered to operate the A.R.G.O.S armor, a prototype suit of armor that granted the wearer superhuman abilities. His superiors were thrilled to see that when wearing the armor, Grant was an extremely effective asset in the field, capable of singlehandedly decimating an entire mob of enemies with minimal effort.

It was only after being deployed overseas did things begin to unravel. Grant began questioning the nature of the missions he was being sent on. Certain details didn't add up, targets he was assured were "extremely dangerous and hostile" weren't attacking when they were confronted. He discovered that the VIPs he'd been tasked with protecting weren't "diplomats", they were drug lords and arms dealers. And after some digging, Grant learned that Ward hadn't been dishonorably discharged for insubordination but for the intentional execution of a group of prisoners and was only saved from imprisonment by the intervention of several high-ranking contacts of his.

He'd been betrayed yet again.

Grant had learned his lesson however. Instead of confronting Ward, he gathered all the incriminating evidence he had acquired, stole the ARGOS armor, and used it to capture him, and delivered him to the CIA. Marcus Ward was imprisoned for collusion and numerous other charges, while Grant and a few others were able to escape incarceration after the circumstances were thoroughly investigated.

Still secretly in possession of the ARGOS armor and inspired after taking down his corrupt commanding officer, Grant had finally found purpose again. 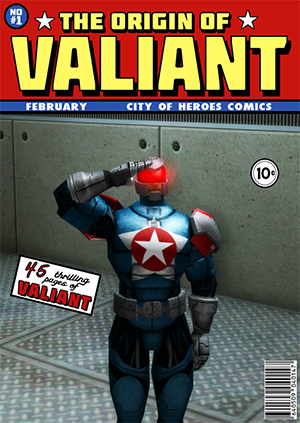 A.R.G.O.S Armor:
Modeled after Raymond Keyes' suit of powered armor, the Advanced Recon Ground Operations System is made from composite elements of impervium, titanium, steel, and tungsten. The ARGOS armor is incredibly-strong and nearly impervious and bolstered by a force field. Compared to the prototype 'Howitzer' armor operated by Ace McCloud, the ARGOS is bulkier and though most of the time physically stronger, it's also slower as a tradeoff. Due to being an early design based on outdated tech, his suit generally has less cutting-edge technology than that of its successor.

Servos in the joints of the exoskeleton boost the strength of its wearer by at least twenty times, allowing them to pick up several men in the air with ease, punch through steel doors, or destroy brick walls simply by walking into them.

Tough As A Tank

Made from a mix of alloys, the plates that make up the ARGOS armor are extremely durable and almost invulnerable to penetration. The armor is impervious to small and heavy arms fire and can even resist high intensity explosions at close range. Refractory coating on the plates also grants the armor a level of resistance to energy attacks such as lasers. 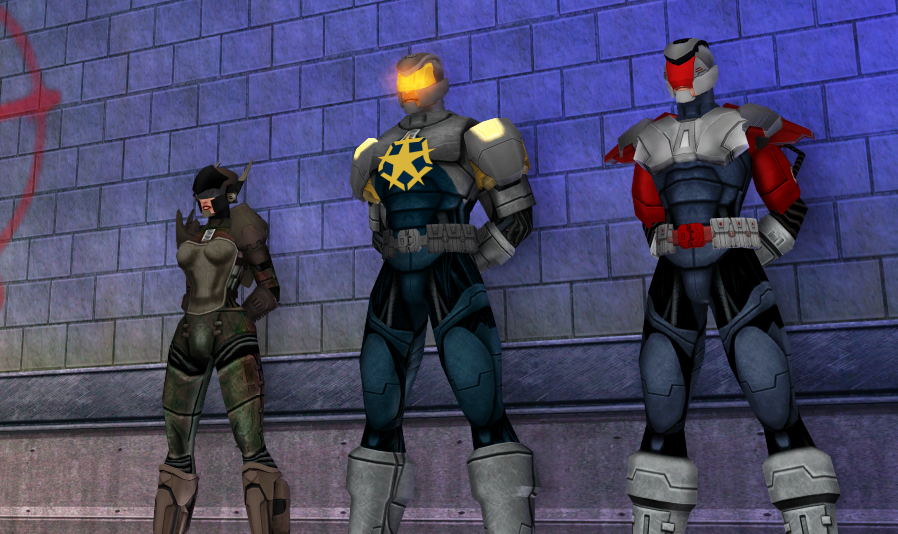