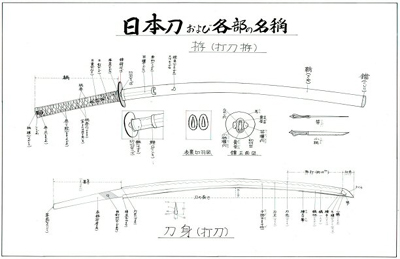 The earliest sighting of Lee Yorke occurred in 1998 during the prolonged Tsoo Triad war. At the time the Tsoo were fighting for control of the lucrative drug trade against the Triads around Independence Port as well as Talos Island. Lee was first spotted as a member of Tub Ci's personal elite guards , fighting along Crescent, Iron Hands, Far Fire, and others. His rise to power as one of Tub Ci's most valuable warriors came to a head during a 1999 raid on a Triad drug smuggling operation in Independence Port in which the tattooed katana wielding Lee slaughtered over 35 armed Triad soldiers as well as several high ranking overlords. The police report claimed it was one of the most hainous crimes they have ever encountered, describing wallowing in dismembered limbs, decapitated heads, and a torrent of blood left by the lone attacker. A video surveillance record of the attack still exists, however it has been classified by the PPD.

After the Independence Port Triad Massacre, Lee was given special privileges and access to Tub Ci, providing services as both a personal bodyguard and enforcer to the Tsoo boss. During the consolidation of Tsoo territories in Steel Canyon, Talos and Independence Port, Lee was given several operations to oversee including gambling dens, and protection rackets. At the time he was the youngest high ranking Tsoo member.

During the late 1990s and early 2000s Lee's reputation among Tsoo ranks, as well as outside forces grew considerably. The young and still almost unknown assassin was involved in several high profile Tsoo homicides, as well as large scale raids taken by the gang against competing forces. Rumors began to circulate he had began to instruct a select group of Tsoo enforcers in weapons-based martial arts, this attracted the attention of Crey Industries and the Baroness

In the wake of the Rikti invasion Crey Biotech began experimentation on several Hero corpses which were slayed during the war. Towards the end of the war, reports surfaced that uniformed and helmeted super soldiers were protecting Crey facilities from attack, and one member of the Freedom Phalanx swears she recognized one of the mystery guards use the signature attacks of one of her fallen comrades. Still, no undeniable evidence of wrongdoing has ever been found.

The experiments however ran much deeper then first suspected by the PPD. During the early part of the decade, the Baroness contacted Tub Ci through back channels and proposed a joint operation by both Crey and the Tsoo in creating bio engineered and modified soldiers. Tsoo elite soldiers were considered prime candidates.

The decision was made by Tub Ci, Lee Yorke was to be the first to take part in the experiment. During a raid on a gambling den by both Tsoo and Crey operatives Lee was captured, drugged and subdued. According to eyewitness accounts it took a massive amount of Tsoo soldiers backed up by Crey Enforcers as well as Paragon Protectors to subdue the man. PPD accounts of the incident remained classified

The details involving experimentation on Lee remain shrouded in mystery, sources within Crey revealed he was taken to a Crey Lab in Founders Falls where physical manipulation, biotech and natural enhancements were introduced to the subject. The Baroness and Tub Ci invested heavily in the project, while still keeping Lee under heavy sedation, the lab guarded by close to 50 Enforcers remained one of Paragon's best kept secrets.

The lab itself was found destroyed by Longbow agents in 2004, medical accounts left by Crey researchers suggested a massive accident has taken place, large portions of the lab remained in ruins, while dozens of Crey Researchers were left slaughtered in a way similar to that of the 1999 Independence Port Triad Massacre. Very little of Lee's records remained in tact - the researchers at the facility it seems have dubbed the test subject - Agitate (a name which Lee has taken ever since)

According to Tsoo sources the initial meeting between Tub Ci and Lee Yorke occurred in the 1990s in a Paragon Maximum Security detention block, while Lee was imprisoned on charges of armed robbery and murder. During this time Lee received most of the Tsoo tattoos which now cover his body, and according to eyewitnesses the heavily inscribed ink was imbued with supernatural abilities by Tub Ci himself. There are conflicting reports regarding this matter.

The original training received by Lee since an obviously young age still remains a complete mystery, though based on eyewitness accounts, PPD reports, as well as rumors within the Tsoo and Crey he is proficient in at least all of the following: Kali, Iado, Kendo, Eskrima, Arnis, and Arnis de Mano. Certain styles employed by Lee were never recognized.

During the late 1990s and early 2000s rumors surfaces of Lee's heavy drug dependency and abuse in the dens and gambling halls run by Tsoo in Steel Canyon, Independence Port, and Talos Island. According to an account given by a Tsoo employed prostitute, Lee would return to the den with blood still dripping from his boots, chain smoking and reeking of death, then proceed to grab two or three of the most expensive girls available at the time, and drag them into the back room for hours while he himself consumed a massive cocktail of drugs and alcohol. He would sometimes disappear for days after such binges.

After a long absence Agitate was spotted once more around the Rogue Isles. According to PPD and Longbow it has been one of the only times he has been spotted since the Crey Labs incident. His exact location remains unknown.