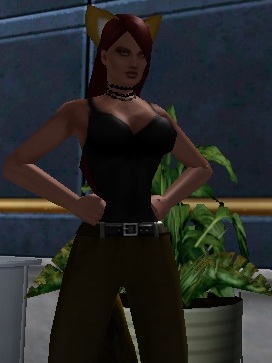 OOC Notes - Akkai is my Oldest character. I created her in a Yahoo! Chatroom when I was 12 and have been RPing her since. She doesn't necessarily belong in the CoH/CoV universe, but has brought here anyway. Akkai Should be a bow/fire/water/claws scrapper/blaster, but seeing as how I had to pick two, I went with Bow/Fire Blaster at first and now I'm trying a street justice version.

Also note Akkai is the FenNec Leader. This is a race I made up myself a long time ago, it is copyrighted to @Akkai. Unlike my FenNec Crossbreeds, Akkai's only form that I do not play is her small fox-like form. This is impossible to recreate at this point in the game, so I simply play her FenNec form and Anthro Form. For questions or further details, please feel free to contact me ingame with 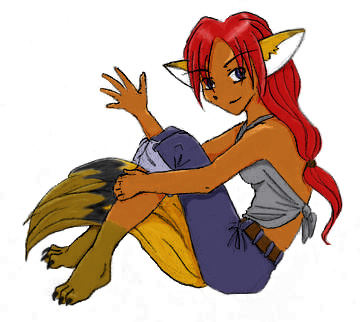 This picture was what inspired Akkai's creation. I did not draw this picture, but I did color it and slightly edit it.

(Much of Akkai's history and events will be documented in a peice of fiction that has not been created yet. As such, most of her interactions and events in the game are meant to purely act out situations, scenarios, and character interactions.)

Akkai has three forms that she can transition through:

Anthro - A fully furred anthropomorphic form that stands at a menacing 8 feet tall. She uses this size to her advantage for heavy hitting and most melee combat situations she wishes to end quickly. In this form she has slightly larger and thicker claws, as well as her long beast like muzzle.(Favored in Stj/Fire)

FenNec - Her more human looking form complete with ears and tail that remain the same throughout all her forms. This form is a blend of her Anthro and fox forms to provide both melee and magic. To compensate for her size, Akkai will use her Chaos Weapon for most melee situations which provides both ranged and close combat. (Favored in Archery/Fire)

Fox - Small four legged fox, with mastery over a wide variety of fire and water spells. In this form she is only slightly larger than most cats, weighing only about 8 lbs. Her small frame can squeeze into any space that is large enough for her head to fit through. This form also allows for her to sneak into many situations without being heard. (Unable to portray in CoH... yet)

Akkai's full beginnings would be too large to fit onto this page. She lived on a world all unto it's own where the waterfalls flowed backwards and the land floated in the sky. Her reign was, for the most part, peaceful and full of wisdom. She was a proud leader and tried to show wisdom in her rulings. The times of peace did not last for long as the planet's very core became unstable. Akkai had been warned by Niatsu that she would cause destruction if she were to continue on as she were. Akkai, being the prideful FenNec Leader she was, did not listen. In the events that followed, Akkai battled down to the very core of the planet that had become a monstrocity. She was triumphant over the monstrocity that had became the core, however this caused the very core to rupture. Akkai had gained new found powers, but in the process had lost everything dear to her. This was the end of her planet, her way of life, and the credibility of being a good leader.

Akkai's story eventually led her to a fated meeting. On opposite sides, Akkai met Spazero. A man she was destined to kill, had saved her life and turned her world on it's head. Confused, and determined to not let her pride be beaten by such a man, she vowed to keep herself as close as she could for that special day where she could make -him- owe -her-.

Akkai, despite her loathe for Space, is currently orbiting high above Paragon with Spaz and company. There have been words discussed of Daemons that have followed the rift that had been used to get there. Several small time battles have been fought, but with no resolution in sight it seems like Akkai will be staying there for some time. 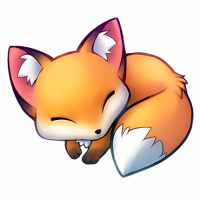