Alynxiel Ayamaratsu Shar’Do (Tainted Vampyress) (Exiled, Bound and Monitored) – One of 2 unsanctioned offspring by Concillium Powers: Zorn Do (Greater Demon of Wrath) and his wife, Illyena Amaratsu (Queen Vampyress). As all know, the Concillium has forbidden the mixing of the infernal races, lest the balance of power be wrenched out of true. We guard against the creation of such impure entities, for they belong to neither race of their parents, and sometimes exhibit abominable traits alien to both.

Alynxiel has 1 sibling – Rascher Shar’Do (Tainted Demon of Wrath) despite the fact that Illyena was sternly cautioned by the Concillium to bear no more of her Lord’s offspring. Our warning went unheeded, resulting in the loss of the life of this once-illustrious Concillium Power during childbirth.

After his wife’s untimely and entirely avoidable demise, Zorn’s grip on his Power steadily slackened due to depression and the increasing pressures of raising abominable offspring. Eventually, the Concillium had to take a distasteful decision, sans Zorn’s input, to end his rein before it degenerated into abject misrule. This decision altered the Concillium’s structure - from the Tempus Duodecad (Time of 12 Members) which had formerly been unchanged since inception, to the Tempus Decade (Time of 10 Members).

Zorn offered to abdicate in exchange for the preservation of the lives of his offspring – clearly a misguided attempt to preserve his wife’s legacy. His Power was retained by the Concillium and distributed evenly among the Decade. Both offspring were exiled from the Realm of Neosheol (often called Neol), their corrupt Powers heavily restricted.

Physical cue: Chains and Padlock. Her tail has been severed to indicate her Exile status.

Her wings are battered and flightless.

Her Power (Lust) is severely curtailed by reason of her inability to completely disrobe in the presence of a sentient entity.

She can neither procreate in the manner by which she came to be, nor in the usual manner of her dominant race - the Vampiri. Her bite is impotent, bringing only weakness or death without hope of resurrection. This measure was made necessary to prevent her use of these means to raise forces against the Decade.

Through the bind upon each sibling, the Concillium maintains a tracer, monitoring their movements and possible efforts towards retaliation. At this time, the Decade perceives no possible threat from either source.

Transit stress and the compounded loss of my family and my home greatly disoriented me when my father’s portal ousted me from the only realm I have ever known. I must have been savage and incoherent, resulting in my near-immediate seizure by Longbow agents. Those crusaders of the so-called “good” are prejudiced against anyone whose teeth are sharper than theirs! There is no need for me to seek redress, however. Clearly, their hasty judgements and swiftly enacted “justice” will one day submerge them into a realm like the one which spawned me. One always pays what one owes in the end.

The Longbow incarcerated me in Zigursky Penitentiary, where they deposit all the “villains” and promptly forget their existence. It became my first temporary home after being exiled from Neol. Despite the loss of what doubtful freedom I possessed and the fact that it was always too cold, the Zig was a relatively safe place until Arachnos staged a breakout. The main reason that I acted upon the opportunity this presented was as a means of ending the terminal boredom which besets The Zig’s inhabitants.

When I first arrived in the Rogue Isles, I was weak as a bat-kit. I betook myself among the lowest of Mercy Island’s detritus, taking what scraps I could in the hopes of painstakingly rebuilding my Power. My ascent has been achingly slow, to date. Despite the interference of both misguided heroes and villains alike, I continue to grow in strength. I must do so if I am to one day face Concillium Powers and retrieve my father’s sword.

Lonely is the existence of one who seeks power, yet there have been those who assisted me in this endeavour. I have been aided by Ghost Lilith http://virtueverse.com/index.php/Ghost_Lilith, who hired me as a mercenary and facilitated much of my early training. 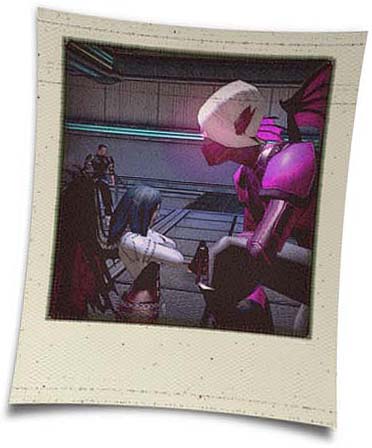 I have also encountered a young human girl, Miss Evans. 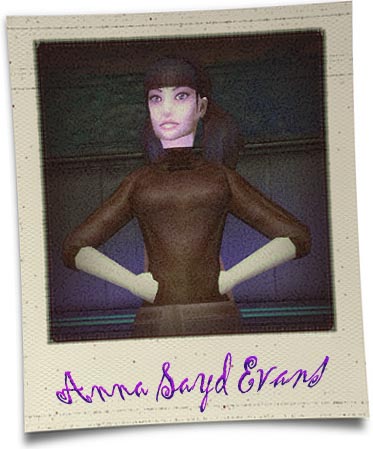 She has introduced me to several different entities who have contributed in the furtherance of my goals.

Though I have not yet defeated the Concillium’s bindings, I begin to feel the strength that was stolen come trickling back. Already I can assume my battle form of old (if only for a brief duration) and manage small materializations. 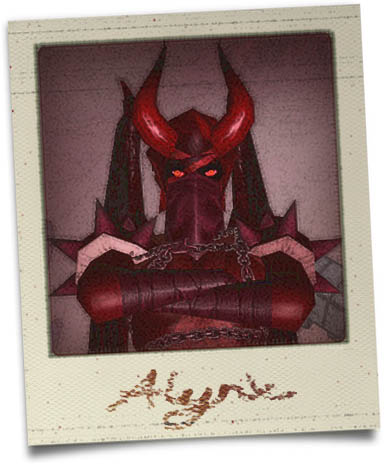 Currently, I spend most of my time in the neutrally oriented bar known as Pocket D, drinking the abhorrent swill which the bar stocks for blood drinkers, or persuading bar patrons to become willing donors.