Sonia was born in Cali, Colombia. When she was 14 years old she was kidnapped by FARC guerrillas but was able to escape before being taken into the jungles. The experience deeply affected her family and her parent chose to move to the United States to escape the frightening and dangerous climate in Colombia.

Three years after moving to Paragon City, Sonia's parents were killed when the bank they were in was robbed by the Family. Sonia was old almost 18 years old at the time and had just graduated high school. Swearing that she would make the Family pay for the deaths of her family and so many others, she took the Conquistador's Sword (a relic of Colombia's past) her father had on display in their home and began training to use it. As she trained, she unlocked magic powers within the sword. 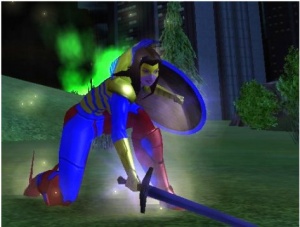 Seeking to understand the powers within the sword, she returned to Colombia where an old family friend helped her discover some of the history of the sword. During this time she created a masked avenger persona and fought crime in the city of Bogota, Colombia as the Nemesis Raven. In time, her abilities with the sword and the shield she could summon through it became substantial enough that she decided to return to Paragon City and begin her vendetta against the Family and its affiliates. 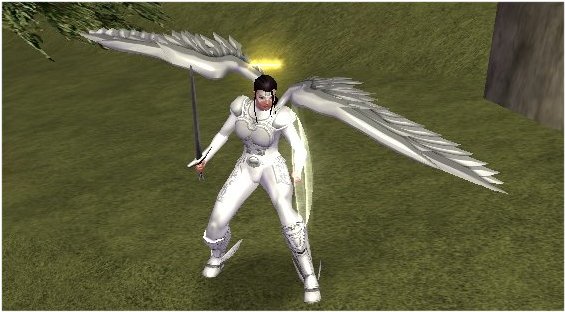 Taking upon herself a new all-white costume, she registered in Paragon City as Angelic Vendetta. The Family has come to fear her name as she stalks the streets and alley ways of the City.