This report is classified, and intended solely for the use of Arachnos Security Personnel. 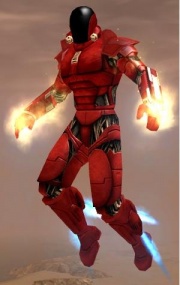 War-Shrike variant in the skies over Grandville.

Miles Gray first came to our attention when he was transfered to the developement team of DATA's FORCE (Function Optimized Reconfigurable Combat Exoskeleton) Project. He obviously made a strong impression on someone high in their administration, as at the time he was merely a junior engineer less than two years out of college.

His sudden promotion and reassignment created significant trouble with his new coworkers. But from all indications he has a demonstrable genius which quelled the doubters, if not all the friction. All the doubters except one that is.

The noted, and notorious, physicist was the lead researcher and project manager. The relationship between the arrogant, and brilliant, martinet and the arrogant, and brilliant, misanthrope started off poorly and only grew more contentious over the next year. The rising tensions seemed to come to an end when Gray inherited a considerable sum of money from a deceased cousin (ostensibly, to date we have been unable to verify even the most routine of Gray's records, see full bio for details). He promptly resigned, denouncing Exeter, not for his heavy handed authoritarianism, but rather for "closeminded ineptitude". While that cut off contact between the two, it did not end their feud.

Expanding upon his newfound wealth, Gray then founded his own company and started work on a similar system. Three years later the official project was floundering, having made little progress. On the other hand, despite working by himself, Gray had a developed a preliminary set of plans and construction techniques. He then offered these to DATA at merely his own developement costs, provided they denounce and fire Exeter for demonstrated incompetence.

The confrontation escalated from there, as Exeter launched a counterattack. Through internal political connections he was able to obtain copies of the overview documents provided to DATA. He then accused Gray of stealing classified data, producing memos and test data showing that the offered designs were based on work performed at Exeter's orders by the project staff prior to Gray's resignation. In hindsight, Exeter's evidence was clearly falsified, but at the time it was taken at face value. 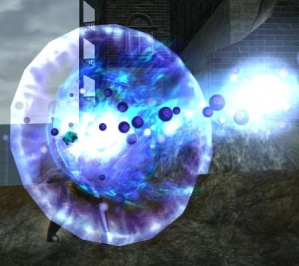 A Longbow team was immediately dispatched to arrest Gray and seize all of his work. Unfortunately for them, Gray had understated his progress. When the agents broke into his lab they found him wearing a fully functional prototype, and not particularly inclined to meekly surrender. What followed was a two hour running battle that involved over seventy agents. He was ultimately defeated inside the DATA research facility, as the imperfect systems of his prototype failed one by one under the pounding of a Ballista agent.

That was too late for Exeter though, as he was found choked to death in his office. Choked to death on a six page memo, signed by all the members of the project staff, detailing what lines of research were to have priority, and apparently more importantly from the writer's standpoint, which lines were not to be worked on. As might be guessed, those areas specifically prohibited were the areas Gray favored, and what his future work was based on. Oddly enough, it seems that despite the designs being the effort of Gray solely on his own, DATA and Longbow appropriated his work while he was in the Ziggurat. They haven't done so openly, but several related devices have appeared as part of the equipment used by field agents belonging to a front company called Prototype Systems Unlimited.

Subject has no known inherent superpowers. All identified powers are the result of technological devices. Analysis of energy emissions suggest primary power generation is through a fusion reaction, technique unknown. Due to size constraints, a 'relatively cold', muon catalyzed reaction is theorized.

Primary offensive and defensive systems differ between variants, but they all share a similar overall design. The structural frame is of carbon nanotube construction, with armor plate composed of layers of boron carbide and tungsten, analogous to the Chobham armor found on current British and American main battle tanks. Electroactive polymer (EAP) 'muscle' bundles are distributed throughout, with density varying by configuration, but even the lightest variant (Battlewrath) has a lifting capacity in excess of two metric tons. 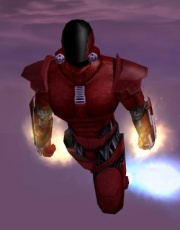 The most heavily armed variant to date, the War-Shrike configuration's primary armament consists of multiple plasma cannon mounted in a cowling on the right forearm. The left contains a secondary system, along with a control module for automated mortars, a variety of mines, and a force field generator. In addition, a pair of short range, wide dispersion flame throwers are mounted to either side of the helmet.

While not designed as a weapon, Gray has been known to use the reactor's emergency shutdown system as an offensive tactic. The operating plasma from the fusion core is dumped through vents on the torso, with devastating effect out to some twenty five feet. Although this does leave the armor operating only on whatever energy is available in the capacitor banks until the reactor can be restarted. 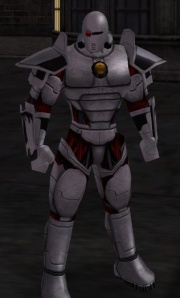 The Ionstrike armor constitutes a major departure from previous designs. Despite a significant increase in size over it's predecessors, it doesn't mount any significant ordnance. Instead, it carries both a much greater weight of armor, and a greatly increased density of EAP bundles. Lifting capacity is approximately ten metric tons, but we believe overall structural strength to be the limiting factor in this regard, and that the suit's musculature can exert significantly greater force.

Along with the increased strength, the armor bears two additional systems that augment it's close quarters combat ability. The first, and lesser of the two, are arrays of rapid discharge capacitors mounted in the forearm bracers. Essentially these constitute a massive taser that can be discharged upon impact, stunning all but the most resistant targets. The second system, with by far greater potential, is an armor wide net of modules that appear to be able to absorb a portion of the energy of any attacks striking the surface of the armor. We've had trouble getting accurate data on this system, but in engagments with Arachnos personnel we've measured increases in excess of 90% in the output of the taser system. Judging from both injuries to combat personnel and equipment damage, there appears to be a similar increase in effectiveness of the EAP musculature.

The Battlewrath variant's overall design bears many similarities to the Ionstrike unit, although scaled down to a size comparable to the Arsenal and War-Shrike types. Much of the decreased size comes at the expense of armor, with defensive effectiveness being reduced to approximately 80% of the Ionstrike configuration. The other major loss in the scaling down is a dramatically lower density of EAP muscle bundles, less even than the original Arsenal version. Apparently to offset this, a set of retractable, energetically reinforced blades are mounted in the forearms for close quarters combat. In addition, the design incorporates hardpoints and support for a flechette cannon, vortex ring gun, and a dual mode electron projector.

Unlike previous versions that were designed as weapons platforms, Battlewrath's raison d'etre appears to be an advanced stealth system. This system is made up of 213 interconnected modules that occupy positions similar to the Ionstrike's energy absorption equipment. Acting in concert, these modules are capable of bending electromagnetic radiation around the subject, resulting in near invisibility. In the case of the current prototype some distortion is visible out to approximately ten feet, but alternate detection methods are necessary beyond this short range.

In the event of a conflict of interest, direct action against the subject is contraindicated. While such a method can be, and has been, successful, it would require a considerable allocation of resources. Analysis indicates that psychological methods are likely to be more efficient. Two likely methods present themselves:

1) While borderline sociopathic, subject has a strong sense of loyalty and obligation. His rescue from the Ziggurat can be played upon to bring him into the fold, but assigned supervisors must be very careful. His views on loyalty are almost feudal in nature, and include a strong belief that support must go BOTH ways. If mishandled this could lead to alienation and active hostility. This is the prefered method in our opinion.

2) He is believed to be in a romantic relationship with one of his teamates, Jo Psion. While crude, pressure on this point might produce results, but would undoubtedly be a high risk situation. 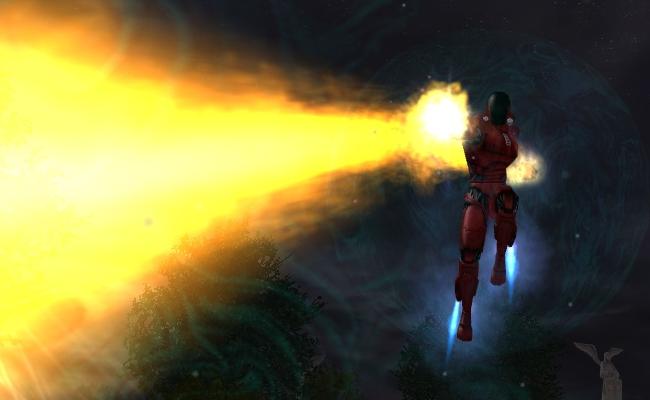