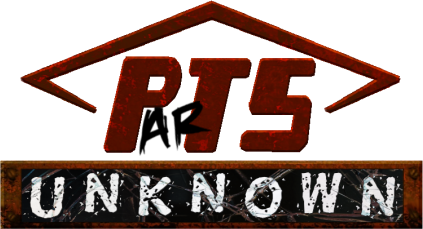 Parts Unknown is a roleplaying Villain Group aimed at relatively independent players and characters, which furthers its stories through in-game and forum-based RP as well as AE arcs to encourage easy and unrestrictive participation through accessibility.

The group's purpose is to provide an evolving background story rooted in but expanding on in-game lore, in order to provide players a context in which to frame their individual RP as well as for launching more cooperative storylines.

Slanted more towards the "working-class" villain than the splendiferous spandex-clad overlord, Parts Unknown is there to provide a hideout, headquarters and home to villains, rogues, and the occasional hero in need of one.

Parts Unknown does not openly recruit but we're not closed to new members. If you're interested, please drop a note on our talk page and one of the Main Events or Bookers will be in touch to find out more about you and your character.

Founded by former World Metahuman Wrestling performers Babe the Big Blue Ox and The Great White Hype, the idea they would come to call "Parts Unknown" coalesced out of a night of heavy drinking, island hopping, and Luddite pounding following the old rivals' reunion in a Port Oakes cantina. After stumbling on a dilapidated freight elevator concealed in an overgrown corrugated steel shack deep in the woods of Cap au Diable's Vagabond Hills, Babe and Hype investigated the subterranean facility it serviced.

One display remained operational, a monitor that listed several interconnected facilities, each marked by the same three letters but crowned with different symbols. A dial beside each station's designation served to indicate the level of power generated at each. All were powerless and blank but for one, the most prominent.

Babe wondered aloud what they'd found, and it was Hype who coined the name, scratching two letters onto the display over the station identifier. "We're in parts unknown, man." The name stuck, for a few good reasons. Both Babe and Hype throughout their careers had been billed as hailing from that mythical nowhere which had been home to many of the most frightening and bewildering gimmicks in pro wrestling history; it was also an accurate enough description for this forgotten hideaway. Here, they could disappear should the heat from law enforcement or Arachnos get too intense.

It holds additional meaning in that Babe and Hype are both ignorant of their own true origins; to them and their allies in Parts Unknown, it doesn't matter where you're from or what you've done -- it's who you are now and what you make of yourself that matters.

Diamond Station and the mystery behind its original purpose, and why Aeon Corporation so thoroughly abandoned this aspect of its PTS program, exist to provide a common through-line for group RP in-game and on our forums.

Discovering Diamond Station's origins, or attempting to, while keeping the hideout safe from those who would threaten it or its residents, will be the main focus of most official Parts Unknown AE arcs.

All members are invited to make arcs playing off of this theme, as the canon "truth" behind Diamond Station will not be revealed for some time (if ever) and there will be tons of room for speculation and interpretation along the way.

Located far beneath the Vagabond Hills, in the deep woods east of Aeon University, Diamond Station is the home of Parts Unknown. While it appears to have once been a subterranean power generating station, what exactly it was intended to tap as its power source remains unclear. Thus far, very little is known about the Station's origins, most of it gleaned from logos on the equipment and monitors throughout the site.

The station seems to be a relic of the early days of Dr. Aeon's attempts to tap into Cap au Diable's geothermic potential, a forgotten facility that was once part of a network of testing grounds intended to uncover the strongest source of energy on the island. Abandoned in the wake of Aeon's discovery of the arcane force that would drive the final implementation of his Power Transfer System, Diamond Station had been depowered and sealed, but apparently no funds were ever earmarked for its destruction.

The name comes from the symbol used to differentiate this station from four others -- the PTS logo on the equipment in Diamond Station is topped with a diamond shape. The PTS that now supplies power to most of Cap au Diable was originally known as Circle Station, and Diamond Station's monitors suggest the existence of at least three other facilities that were a part of the original project, but offer no clues to their locations.

Since discovering Diamond Station and claiming it for their own, Parts Unknown has been gradually excavating the facility, restarting and rerouting those emergency generators that are still somewhat operable to power the essentials and make the station somewhat livable.

World Metahuman Wrestling is a part of the background of the characters who founded and run Parts Unknown; information is provided on it here for those who would like to incorporate acknowledgement of it into their RP. For more detailed information about the WMW, check out the WMW 4VR "Channel" at our forums.

It is not a requirement that characters have any past affiliation or knowledge of WMW, nor are players expected to be wrestling fans or create a former WMW-er. It's purely here to expand on the background, and in fact we'd like to keep the number of WMW characters low to reflect their losses in the Rikti War.

If you would like to create a former performer or tie an existing character in with WMW, please get in touch with Price to work out the details so they can be incorporated into the company's history and have their past relationship with other surviving MegaStars established.

World Metahuman Wrestling opened for business in early 1973, and enjoyed nearly 30 years as one of the world's premier brands of superhuman sports-entertainment. At first little more than a refuge for mostly-reformed villains and disgraced professional athletes caught using unfair superhuman advantages, by the late 80s it was a phenomenon, with a roster bolstered by well-known heroes retired from active duty by injury or fatigue, not to mention mutants who grew up as fans and had no interest in great power's great responsibilities.

The superhuman abilities of WMW's "MegaStars" allowed the company to showcase outrageous main events: the four-building Steel Canyon Skyscraper Rumble made WMW Powered Up '99 the top-selling Pay-Per-View event of the year (and cost WMW quite a pretty penny repairing the craters left by the eliminated contenders).

WMW's last show, taped two days before, was broadcast on May 23nd, 2002, to record low ratings -- that day marked the beginning of the first Rikti invasion of Earth. The vast majority of WMW's performers joined the world's heroes in fighting off the invaders. Most of them were killed in the conflict. A handful of WMW MegaStars, however, did not; they fled to various parts of the world not under siege, and when the smoke cleared many former fans remembered who they were and excoriated them online.