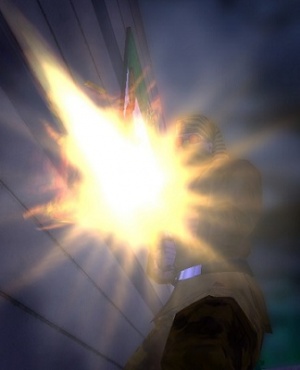 Born out of poverty to a family of street hawkers, Tariq's early life was harsh and difficult. Living conditions were poor & the basic necessities were often hard to come by. At times the family had to make do with only one small meal a day when business was poor.

Not wanting to burden his parents & hoping for a better life. Tariq left his family at the age of 18 and enlisted with the army. For two years he trained & served the Tunisian military until his parents were stricken with terminal illness. To afford the exorbitant cost of medical treatment, Tariq signed up with the French Foreign Legion.

Although training was grueling Tariq made it through and eventually served as a full fledged member. With better wages, his family moved to America where they could receive better medical attention. While life in the Legion was hard & often dangerous. Tariq considered himself fortunate to have his comrade in arms & his family in a better situation.

However, all these changed when the events of Sept 2011 took place. In the aftermath that followed, Tariq's parents had became victims of hate crimes against those perceived as Middle Eastern. The death of his parents changed Tariq significantly, he became bitter & began to perceive the world differently.

Tariq saw greed & corruption in all stratas of human society. Blaming capitalism & Western Imperialism as the main culprit. He saw the Arab Leagues as tyrants who oppressed the common folk & too cowardly to oppose the Western Powers. Despite this, he remained with the Legion for several years. Until a fateful mission in East Africa which killed his entire unit except for Tariq who was severely wounded.

With his comrades dead there was nothing holding Tariq back. Acting upon his feelings, he resigned from the Legion. Taking on the name as Desert Scythe, he began his crusade to cleanse the world of its evil & corruption. His methods however were questionable & often extreme. Ranging from assasination, sabotage & acts of terrorism.

An ordinary human being with no special powers or abilities. The intense training regime set by the French Foreign Legion has made Tariq much tough & stronger than most human beings. The lifetime of hardship & being constantly on the run has also kept him in his top condition.

Tariq has held top position consecutively for obstacle courses & was unsurpassable even till date. This has allowed him to overcome almost any physical obstacles that gets in his way.

Years of training & combat experience has made Tariq one of the deadliest gunsman. Unlike most soldiers, his accuracy with a ranged weapon does not suffer due to mobility.

Military training has taught Tariq how to operate most firearms, from pistols to battle rifles and Light anti-tank weaponry.

Tariq is as adpt at melee combat as he is with fire-arms. His fighting style is so versatile that he is able to perform vicious melee attacks with his fire-arms when necessary.

A prototype weapon Tariq acquired through the black market. It has been retrofitted & heavily modified by Tariq to suit his own needs & preferences. Incorporating a jagged bayonet blade underneath the barrel & expanded magazine.