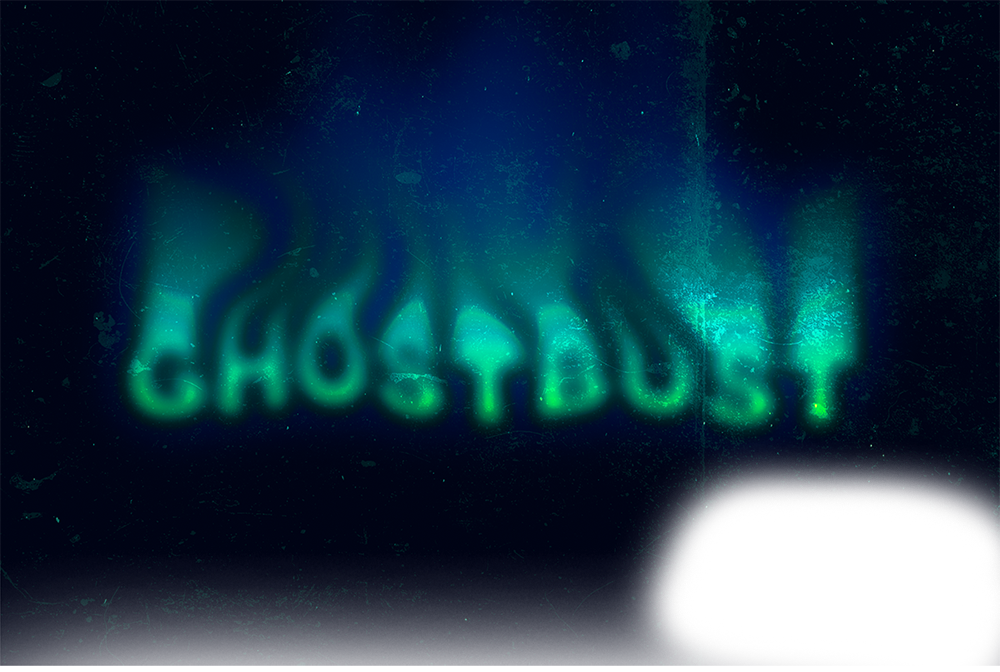 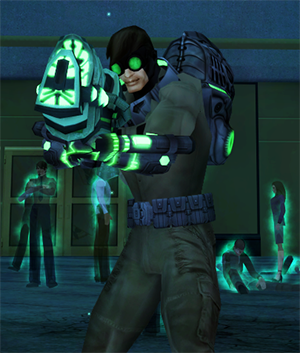 Barnaby Cross' grandfather was the great Amadeus Cross, self-made business tycoon, world-renowned globetrotting explorer and leader of a guild of like-minded gentlemen called The Adventurers' Society. When his fellow adventurers doubted his tale of an encounter with an apparition, Amadeus became determined to prove them wrong and cement his legacy by becoming, the 'First man in the world to capture a ghost'. He spent decades attempting to achieve is goal and eventually did. Before he died, Amadeus tutored Wilson in the use of the only thing he really had left to give him; The Terminus Engine, the device he used to entrap spirits.

While his father valued discovery and the notoriety that came with it over all else, Wilson was a far more... industrious man. He cared not about fame but of fortune. And as his father had spent his twilight years draining the family's funds traveling and borrowing money to accomplish his goals, he'd left them with very little in the way of liquid assets. Luckily for Wilson, with the emergence of superheroes, the frequentness of supernatural events had been increasing exponentially over the past decade. Wilson decided to seize the opportunity and capitalize on the phenomenon. Using the Terminus Engine, Wilson became a supernatural investigator and exorcist, capturing dangerous spirits and vengeful phantoms for cash.

As his father was off globetrotting for most of his life, Wilson refused to follow in his footsteps. So when his son Barnaby was born, he brought him right into the family business, much to the chagrin of his mother. He taught him everything he knew and when he came of age, was ready to hand over the business to him.

It was supposed to be a routine exorcism. Barnaby's first solo job. But on arrival he encountered the shapely phantom named Polly Weiss and was immediately smitten. Completely entranced, he discovered she was no ordinary ghost. When he discovered Barnaby had fallen in love with a ghost, his father kicked him out. Out of the house and the family business.

He tried playing it straight and getting a "regular" job but inevitably found that the mundane life wasn't for him. He missed the weird and unusual. With relatively no other considerable talents or skills, Barnaby opened his own agency comprised of, well... just he and Polly for now. Capitalizing on the inherent negative nature of "ghost-hunting", instead Free Spirits focuses on the liberation of souls trapped on the mortal plane and more humane treatment of other supernatural beings.

"I'm still not really sure how it works. I'm just glad it does."


First uncovered by archeological researchers in Greece around the early twentieth century, the Terminus Engine is an extremely powerful device thats true nature is still somewhat of a mystery. Though the Grecians believed the engine was itself was supernatural in nature, modern researchers, including Barnaby's father, have theorized the engine is actually extraterrestrial technology and only happens to affect supernatural beings simply by chance. Barnaby's grandfather Amadeus acquired the original sometime later in his life and handed it to down to his son. Barnaby's father spent decades studying it, reverse-engineering it until he was able to replicate it. He presented the second device to Barnaby when he came of age.

The engine itself, fitted into a backpack Barnaby wears, is capable of absorbing the negative energy ghosts are made of. While his father still uses the original to capture ghosts, Barnaby's modified his to only absorb and store their energy.

"Poltergeists in your pantry? Don't worry, they'll listen to Reason."


Barnaby's particle rifle. Directly connected to The Terminus Engine, the rifle itself extracting the negative energy which spirits, phantoms, wraiths, and other ghostly beings are made of from any solid matter they inhabit. In practical terms, it "draws" out spirits, extracting their energy into the Terminus Engine, feeding it back into the rifle in a feedback loop and converting it into other forms, discharged into collimated particle beams. Barnaby alternates between concussive or thermal energy depending on the situation.

Barnaby possesses a vast knowledge of the occult and supernatural, handed down to him from his father. He's armed with the knowledge of many magical spells, rituals, and curses, such as evocation, necromancy, illusions, invisibility, most of which are documented in his grandfather's many journals. Some of which he's stolen from his father after he kicked him out. Actually most of them. He's stolen most of them.
Retrieved from "https://virtueverse.net/wiki/Ghostbust"
Categories: Everlasting | Hero | Male | Blaster