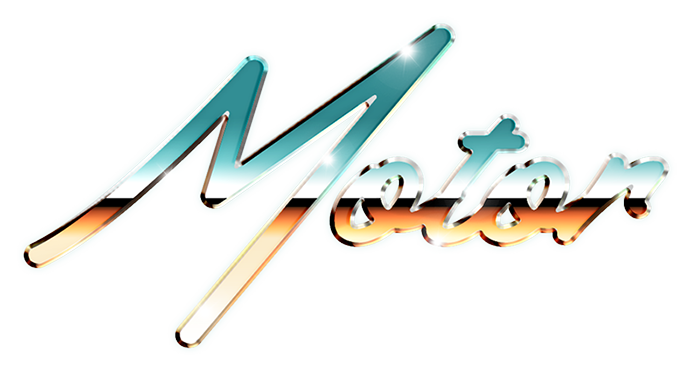 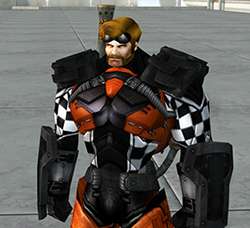 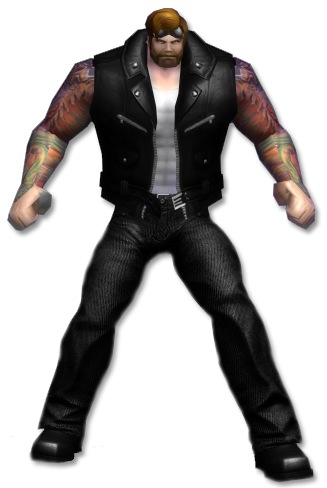 With a father who was in and out of jail more often than he could count and a mother that couldn't care less about him, Raymond James Jr. was frequently left to his own devices as a child. And you know how the saying goes.

Ray was well on his way to follow in his fathers footsteps, amassing his own impressive arrest record by the time he was eighteen. Disturbing the peace, public intoxication, assault, burglary, breaking and entering, a little more assault, etc, Ray’s rap sheet read like a laundry list of things not to do. The final straw was an involuntary manslaughter charge that came after he accidentally killed a man in a bar fight while he was drunk.

But after a few years, and taking into account his behavior as a model prisoner, Ray was released early. You see, while he was inside, Ray found something that would change his life forever. Religion! No, Ray didn’t become one of those bible-thumping, holier-than-thou, reformed criminals that you see accosting innocents with “the good word”.

No, the god that Ray came to worship was Satan. And his life would become all the more better for it.

While he was in prison, his cell mate happened to be Duke Mordrogar, a shot caller in The Hellions. He enlightened the lost and wayward Ray in the ways of the dark forces that the gang manipulated. When he looked at Ray, he saw fire in his eyes. Ray was young, wild, and angry. Duke saw potential. His well behavior was all just an act to get out early. And when he did, Duke took care of him. He set him up with an “audition” of sorts. Ray’s first act? Arson. He set fire to and burned down a church, scrawling one of the gang’s prayers in the ash and soot.

Ritual scarring was next. Ray had an inverted pentagram cut into his back. This was said to unleash a Hellion’s inner potential and to demonstrate his mastery over pain and flesh. “Whatever it took” he figured. And just like that, Raymond Hayes Jr. was a full-fledged Blood Brother.

Years later, after almost a decade in the gang, one day Ray found he had nothing to show for it. With no more money than he had when he started out, and no real power, he realized that the idea he was sold in prison was a lie. He wasn’t “living good” as he was promised. Hell, he was stuck in a cramped apartment, living with the other members of the gang, each smelling worse than the last. And it wasn’t just that he hadn’t gotten anywhere since joining. He was just tired. After all, how many times can you set fire to a building and watch it burn before it becomes boring? How many goats can you sacrifice before the thrill is gone? So, Ray decided to punch his ticket and leave. But Hellions just don’t let their guys walk away. They put Ray in a room with five other guys, each with something to prove, whether it be their own initiation, or to fight and ascend to “true power”. But Ray? Ray was fighting to get free. And it turns out, he wanted it more than the other guys. When it was all said and done, he stood tall over five bodies, bruised and bloodied. But he was free. 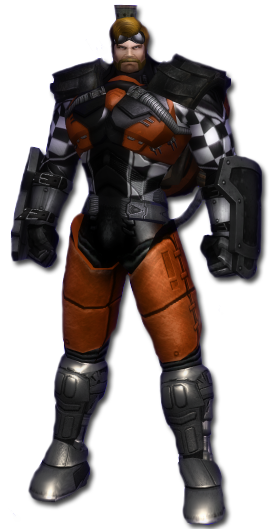 And so, Ray left the life behind him. The devil-worshipping, the goat-sacrificing, the church-burnings, all of it. He used the bit of scratch he’d saved up over the years to set up his own garage. He’d always been a grease monkey after all, and while he was in prison, he’d taken up welding and engineering. Ray turned his life around, only this time it was for real.

Then trouble came a knocking.

A year later, some of his ex-fellow Blood Brothers stopped by his shop. But they didn’t come to reminisce. They were extorting him. Hellions we’re pushing in on the neighborhood’s turf and they demanded a protection tribute. Ray wasn’t paying.

“They were as green as grass. One hadn’t even earned his bandana yet. I was almost insulted.”

He scared them away with a wrench and some crazy eyes. But the next time they came calling, it wasn’t some inexperienced recruits they sent. It was good ol’ Duke Mordrogar. Freshly escaped from prison and intent on seizing territory for the gang. He let Ray know it wasn’t personal and even offered to take him back in. But again, Ray refused to pay. In the time that Ray’d been out, Duke had gained some of that “true power” he was always telling Ray about. He summoned fire from his hands and burnt down half of Ray’s garage, promising if he didn’t offer a tribute, he’d finish off the job. Stuck between a rock and a hard place, Ray decided to fight rather than run. But he couldn’t fistfight the devil. So he toiled away in what was left of his garage all night long, and when he emerged in the morning he too was breathing fire. Only his wasn’t mystical.

Using the mechanical know-how he’d picked up in prison, Ray had fashioned a suit of powered armor from old car parts. When Duke came calling and tried burning Ray to a crisp he was shocked when he realized. Ray literally fought fire with fire and traded blows with the superpowered Hellion until his magical mojo ran out and he was an ordinary person again.

The whole street gathered to see Ray beat up Duke, apprehending him until the PPD showed up and hauled him back to prison, this time for good. Hailed as a hero by the neighborhood, Ray decided to keep his armor around. At least for a little bit.