Operative Yurei is a half-serious/half-joke character originally - a 'troll ghost' whose main purpose in unlife is to really annoy Arachnos, designed in game mechanics to be a psionic damage group-nukedown expert. She has grown considerably as a character since then, which is probably good - she's much more entertaining with a 'life'.

So there I was, doing what I do best - urban exploring - down in some tunnels under Mercy. Next thing I know, I pop a panel off some busted-up wall, and boom! I'm in the middle of an Arachnos base. This creepy Fortunata looks at me and smiles, the kind of way a spider probably looks at lunch. She says something fucking stupid and cliché, like "ve haff been expectink you, Kaede," complete with crappy fake German accent. Two Wolf Spiders grab me and drag me off for 'training'.

Turns out I was lucky enough to be born with a little bit of psychic talent - precog or some shit, it might explain why I was always so good at the whole 'knowing where the collapsed tunnels are' thing underground - and they had me tagged for Fortunata work. Unfortunately for them, they pushed my human form too far in their whole process and blew my brain out with a psychic bullet. Also unfortunately for them, this didn't get rid of me. I woke up a little while later with no body, no pain, a -lot- more power, and the urge to get 'em back for the whole thing.

I overran the base's computer system and blared a loop of Nyan Cat over every PA I could. I filled the air ducts with packing peanuts and flooded the floors with whatever goo was in that spider tank I blew out. I gave all their Wolf Spiders the suggestion they were squirrels.

I think they ended up just abandoning the base and leaving the laser-squirrels to fight it out. I started hearing rumors during the next few weeks; the low-level grunts couldn't stop talking about me. They'd even given me a nickname - Operative Yurei. How cool is that? Not even dead a month, and they already talk about me like I'm a fucking legend.

Kaede is a fairly average-looking Japanese-Caucasian female in her base form. She has long black hair and brown eyes, a slender build, and fairly modest curves. She almost always has goggles resting on her forehead, and is most frequently seen in the classic Arachnos Fortunata outfit, though entirely tinted white.

Her form is highly morphic due to her powers and nature and she has been noted to be everything from a huge male to a tiny female child; she always returns to this base appearance in the end. There is speculation it's not even her exact looks from life, but rather a leftover mental image of what she believes she appears as.

For someone who is dead, Kaede displays a very lively attitude and a tremendous sense of humor. She is chipper, upbeat and generally a very personable character overall. She sees fun in everything, be it a serious hero mission or just shapeshifting to amuse children in Atlas Park.

Make no mistake, though - while her attitude may look lax, she does not bring anything less than her best to her work. She does not rest while on the job, and refuses to take time off until her quarry is brought down in. Given that she's dead and no longer needs to sleep or eat, Kaede can go a very long time indeed without rest...

The most commonly displayed personality tropes Kaede has are: 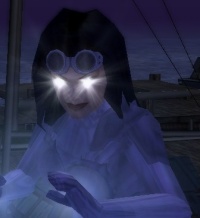 Lacking a physical presence, Kaede doesn't have many standard human abilities and tends to phase through solid matter. She is also capable of being visible or invisible at will.

She is, however, a known powerful psychokinetic, and has displayed such powers as telekinesis, thoughtform projection, telepathy, levitation, electro-psychokinesis and shape-shifting[1]. Her previously-mentioned precognitive gifts now manifest as a 'battle awareness'; they give her the ability to predict opponent's movements and attacks. Coupled with her telepathy, they allow her to inform her team of said movements and give them the upper hand in any combat - they defend more ably and attack with better precision.

She tends to favor confusion and mental lockdowns of opponents in combat over actual physical harm, often resorting to what many on the internet refer to as 'trolling' by mentally forcing annoying looped music or mass-broadcasting strange images into the heads of her foes. The result is frequently live capture of enemy agents with little actual physical harm (though many of her foes wish it wasn't).

When Kaede activates any of her psionic attacks, her eyes glow with a preturnatural light. She cannot explain this; it just seems to be a quirk. 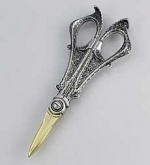 The only actual physical equipment Kaede owns is a pair of ornate scissors coated in ectoplasm, given to her by a paranormal researcher so she could give him a hair sample for analysis. The coating allows her to interact with the scissors as if she were physical, and they are the only thing she has managed to touch since her death. She has not managed to replicate the coating with other objects, despite attempts to 'slime them'.

The rest of her belongings and clothing are all her own psionic and ghostly projections, and consequentially have no mass or matter to them. None affect how her powers work.

Kaede was born in Mercy, Rogue Isles, to a casino cashier/waitress and a Wolf Spider. Her father (the Wolf Spider) abandoned the family when Kaede was at a young age, leaving her mother to scrape and scramble to raise two children in a harsh, gang-infested environment.

Despite the rough beginnings, Kaede grew up with a good outlook on life and a nearly unmatched sense of adventure... 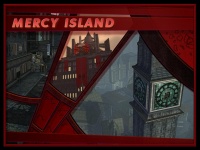 Kaede spent most of her childhood in a small, two-room apartment in Mercy. She had very little in the way of belongings or privacy, sharing the space with her mother and a younger brother. From an early age, she took to hiding in any spaces she could find in her apartment - cupboards, crawlspaces, anywhere tiny she could fit - and as she gained more freedom, extended that to Mercy as a whole.

By 12, she was an avid urban explorer, getting into every place she could simply because she could. She had an almost supernatural knack for knowing where she was going, earning a reputation among the other Mercy kids for never getting lost and always finding the coolest places.

At 17, she nudged a panel open on a hunch while sewer-crawling and ended up at the feet of an Arachnos arbiter - one who knew who she was and what she could do. She was immediately dragged off for re-education, never to see her mother or brother again.

Arachnos Fortunata training is never pleasant, and for Kaede it was no different. She was routinely beaten over the course of five years; trained to the point of physical and mental exhaustion and exposed to harsh elements in an attempt to turn her into a hardened soldier loyal to the Arachnos cause.

She resisted the torture and attempts to wipe her previous mind as much as she could, holding onto everything she held dear in life - images of her mother, her brother, the grandmother she stayed with while her mother worked nights. Little pockets of happiness.

The mind-wipe agents were unhappy with their progress, and when Kaede was 23 they stepped up the program - and managed to fry her brain completely in the process. Kaede Thompson died that day; her body was tossed into the ocean outside Fort Darwin. Unfortunately, the training had done something - her mind held onto her life and the memory of everything that she loved, and at the moment of death it seems to have 'exploded' out of her in a psychic shockwave, forming a psychic projection of her former body that possesses all of her memories and a lot more power than she used to display.

She promptly turned her new powers, and her sense of humor, into a revenge epic that left the base she was killed in crippled to the point of abandonment. A few weeks later she fled the Isles, intent on finding something to do with her (probably excessive) time.

PPD: The few, the proud, the underpaid.

Kaede drifted around for some time, aimlessly dismantling whatever Arachnos she came across in her travels and leaving them confused, shocked and reeling. During one of the raids, she witnessed PPD sweeping in and nabbing her psionically neutralized spiders. She materialized in front of one of the sergeants and asked how long they'd been doing that. Surprised, the sergeant stated that they'd been finding bases like this all over Paragon, and if she was responsible, they owed her thanks. He also suggested that she talk to a registrar in Atlas, because even if she was dead, there were potential legal issues and loopholes that would let the Arachnos simply walk out of jail if she remained unlicensed.

Kaede agreed, and though there were a few snags in the paperwork process (being dead and incorporeal makes confirmation of identity somewhat difficult), she was granted a hero license under the name the Arachnos agents of the Isles gave her - Operative Yurei.

She continues to operate with the PPD of Paragon to this day, where she makes the capture of super-powered criminals much easier.

Able to 'hear' the surface thoughts of others, it wasn't long before Kaede picked up a number of different mental conversation threads from heroes wandering Paragon. When she assembled a complete picture, it boiled down to a field trip she 'just had to take' - she followed a group of heroes, unseen, to the home of the Well of the Furies in an attempt to speak with the artifact herself.

Once there, however, she discovered the Well missing. When she reached out with her mind probing for answers, it happened - a trickle of the leftover power ignited inside her, whispering hints of further development and refinement of her ability. Almost as soon as the voice had spoken it disappeared, leaving Kaede a little overwhelmed. Shaking it off, she traveled to Vanguard's base and asked Lady Gray about this quiet mental whisper, only to be told that the power was real and all she had to do was figure out how to harness it without being able to collect the physical objects of power the other heroes do.

Since that conversation, Kaede has spent a good deal of time learning how to use her power to vacuum the energies and knowledges out of fragments of the well she comes across, and is slowly building up better attacks and techniques based on those energies. The pieces have begun to whisper, and the puzzle is slowly fitting together...

Kaede, it seems, is an Incarnate of Hermes. At first glance, this seems strange - she has no knowledge of animal husbandry or commerce, for example. But her psionic nature allows her to speak all languages (so long as she can read surface thoughts of someone who can speak them), she's a natural people person and a born messenger who can get into - or out of - just about anywhere. Being dead really isn't much of an oddity either, for Hermes was a guide for the dead as well. For those reasons, and her incredible boundless prankster energy, Hermes has tapped the ghost as his girl and begun directly granting her power.

Rebirth - Kaede Thompson: Death becomes her. The incident that made Yurei who she is today, and what happened to the Arachnos involved.

Rumors and Half Truths