My name is Arah. My home is in Shambarhan, the long shadow, far from this place. There I was a soldier, one of tens of thousands in the Mahk, the army of Shadow. We fight the Auh, the Lightbringers, who seek to destroy us. We have fought them, in the long shadow, since memory began, since this human world was nothing more than a glowing spark soon to awaken. Our battle is the Kargoeh Pathn, the endless dance of darkness and light.

I am Arah, the Shadowscaster, and I am trapped in this bright world. Others came from this place and from other places. From other times. Ancient minds and powers seeking more power. They came to the long blood-red shadows of Shambarhan. We were deceived when they offered us power to drive back the Lightbringers. Many died, both Mahk and Auh, to fuel the needs of the outsiders. Those who did not die but were caught in the tumult of power were cast from Shambarhan to other worlds. I fell here in this place.

Living shadow was dragged with me through the vortex. Where I fell, the darkness consumed. The mages of the Circle of Thorns whose magics powered and empowered their false emissaries in Shambaran were enveloped in the darkness that clung to me. The air of this place is not like that of my home. It chokes me with its poisons. Weak and unable to control the shadows within my reach, i could only watch as they began to grow and spread drawing on the connection to Shambaran. I do not know how far they would have stretched had not Positron managed to drive them back and seal the gateway with help from War Witch. 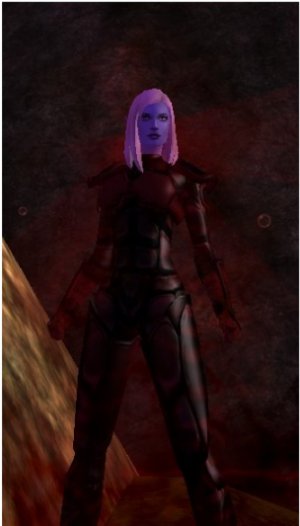 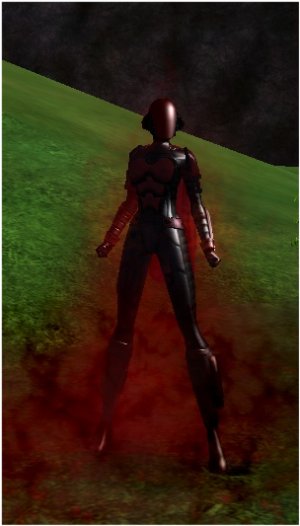 This armour which allows me to breath filtered air and control the shadow is his design. Positron understands what it means to contain a power before it can be weilded. In time, he believes I will be able to control the shadow sufficiently to not require the containment armour. I pray that I will not be in this world long enough to need to learn such control but my quest to return to Shambarhan has been frustrating and fruitless in the months I have been in Paragon city. Those of the Circle of Thorns who knew of it are either trapped there as I am trapped here, or they were destroyed by shadow in those first moments when I came here.

I have discovered others here who can call upon shadow, both heroes and villains. Many of these draw from a netherworld I have not heard of before. Their shadows reek of death and chaos.