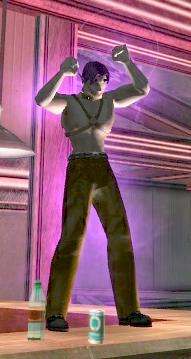 Peter likes pain. When he was bound to the demon from the Abyss of Infinite Agonies, the demon's memory of its home desired pain. It filtered into Peter, and even though the demon is dormant now, he still likes pain. While he doesn't generally go out to seek it, the fact that bringing out his shards is painful, he does often get rather eager in his endeavor to fight bad guys.

Peter was always quiet and submissive, going with the flow and doing whatever was asked of him. Though he is submissive, he's not a total pushover and will voice any strong opinions on a matter.

Peter used to be generally quiet, keeping to himself, and desiring more to watch than act. Though he has become a bit more outgoing, he can still be overwhelmed at times and even freak out when given too much attention.

While he can still be rather quiet at times, his time with his old Master left him with little inhibition. He's prone to giving out way too much information when he gets talking and some of his information can be quite disturbing to some people.

Peter and Paul Mansfield were born seven minutes apart (Paul is the older) to mother Lilian and father Jonathan. Three years later a sister would be born, Mary. The family was a nice little family, although not quite normal. Lilian was a sorceress and Jonathan a planar metaphysicist. Family life, though, would play out fairly normally besides these facts. At least until the twins found themselves at college. 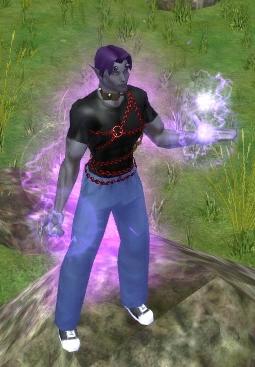 Peter Mansfield's only real claim to any sort of fame was the fact that he is the identical twin brother of Paul Mansfield. Paul was 'cool' and Peter was dragged along by his brother through the social scene simply so Paul could capitalize on the identical twin factor. Thus, when Paul wanted to go to college at Salamanca, he dragged Peter along to Paragon City with him. But Peter didn't mind. He started psychology courses while his brother studied planar metaphysics. 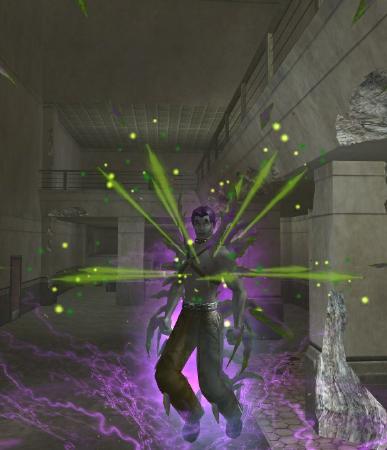 Carelessness brought Paul to the attention of a demon, and by extension, Peter as well. Through an accident Paul refuses to discuss with Peter, Paul was electrocuted nearly to death. Had it not been the intervention of said demon, Paul would have died.

The demon offered life to Paul, in exchange for service. Paul agreed, not bothering with the fine print. Paul would soon find his body the plaything of the demon. He had difficulty adjusting to this life, being used and abused by the demon while it also sent him as an enforcer of contracts. A year later, Peter would find himself in a similar incident after a large crystal shattered, flaying him alive and leaving him to bleed to death. He also signed the contract, but he adapted fairly well to his new life. He worried for his brother though and sought to have him released.

Peter met a demonologist who agreed to find a way to free the twins fro the hands of their demon Master. Peter sought the quickest way possible, which meant more redirection and rebinding of energies than severing ties completely. Peter agreed to it, though, perfectly willing to be bound to the demonologist, 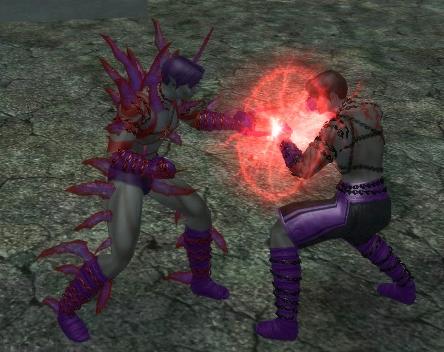 who he found to be pleasant company. The demon was removed from Paul and placed in Peter. It was bound there and with it Paul's own bindings. Then Peter's bindings were all redirected to the demonologist, who he has accepted as his Master, and who accepts Peter as his pet. With Paul being free, albeit needing much therapy in a discrete clinic and out of the public eye, Peter is quite happy with his new Master.
Retrieved from "https://virtueverse.net/wiki/Shocking_Shards"
Categories: Character | Male | Scrapper | Magic | Demon | Gay | Masochist | Reformed Villain