Jackson Reid never knew his parents. Placed into an orphanage shortly after he was born, Jax was raised within the system. But he never possessed the urge to seek out his parents. He liked being alone. And it wasn't just a lie he told to protect himself from being hurt; he genuinely preferred being on his own. The freedom that came with being untethered. He was a loner in every sense of the word. But he wasn't anti-social. He knew how to fraternize. Like many kids in his situation, he bounced around from foster home to foster home, never really staying in one place for too long before eventually being sent back to the orphanage. As he aged and the chances of his being adopted became slimmer and slimmer, he found himself looking forward to finally gaining his legal independence. Especially once he discovered computers.

When he was thirteen, he was placed into a community program where he would discover an affinity for computers. When he was sixteen he stole a laptop and with little else to do, curiosity got the best of him. He taught himself how to hack other networks’ systems and over the years, he became skilled in information gathering and observation, which allowed him to learn as much as possible about the people around him. Under the alias SPY//dr, he began using these skills to bring what he saw as justice to people who might otherwise escape the notice of law enforcement, or helping ordinary people who may have been wronged by others.

Some time later, Jax became aware of a puzzle on the Internet; a set of hidden, encoded messages spread across seemingly random websites. When gathered together, the messages displayed an invitation to those clever enough to follow the clues. Recruiting young hackers and hardcore gamers, the message was an invitation; an invitation to play-test a bleeding-edge, next-gen, virtual-reality game in development called Evolution’s Edge. Tempted by the allure of an exclusive, underground community, the youths gathered like moths to a flame, the invitation a modern day Pied Piper. With his interest piqued and the feeling that something not quite right was going on, Jax decided to investigate.

Infiltrating the play-test proved fairly easy and while he was jacked in, Jax managed to uncover the truth. The entire test was a smokescreen. The puzzle was actually a recruitment and crowdsourcing tool created by millionaire tech guru Rory Velez, and while they were plugged into the game, the testers’ brain-power was secretly being pooled and harnessed to solve what theoretical physicists have dubbed 'Terminus Equation', a mathematical formula that grants the person who learns it superhuman abilities. Attempting to shut down the system from within, Jax inadvertently uncovered a deeper level of the program, a virtual cyberscape that he was transported to. Detecting his intrusion, the program’s “bug-finders” hunted Jax’s avatar, and in an attempt to purge him from the software, the bugs injected his avatar with bytes of harmful data, altering Jax’s brain-chemistry in the real world. The process overloaded the system’s servers and almost killed him but he was able to escape.

Diving deeper, Jax discovered Velez and his company were operating numerous other similarly illicit practices. He made it his mission to disrupt them all. Using his "web-crawlers", bots of his own design that scoured the internet, Jax proceeded to hack into and dismantle scheme after scheme. Eventually Velez and his company took notice. One night, when Jax slipped up and inadvertently revealed his location while hacking into their servers, Velez sent a team of mercenaries to "disappear" him. When they cornered him in his apartment, Jax discovered just how much the bugs in the cyberscape had changed him. His fight-or-flight reflex triggered a massive burst of bio-electricity, rendering the mercenaries sent to kill him unconscious and allowing him to escape.

In the weeks that followed he found that the bugs’ attack on him had somehow granted him superhuman abilities. No longer would he be forced to practice his brand of vigilantism from behind a computer screen. 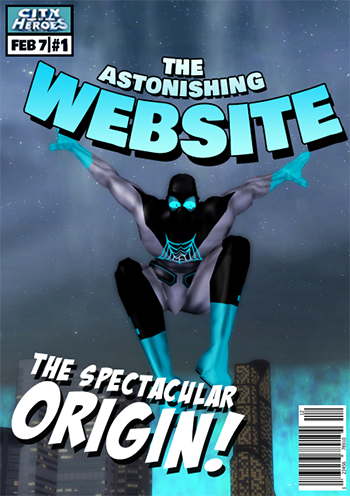 Jackson Reid is the type of person who has acquaintances and contacts, not friends. Due to his individualistic nature, having been mostly on his own since he was a kid, Jax often finds it difficult to work in teams or with others. Often described as terse by others, Jax is very curt in nature and rarely speaks at length. He is very calm under pressure, able to keep a clear mind and work through problems systematically and with composure.