In this world, there is often two sides to be on: East or West, both different in philosophy and banner, but equally Stupid and Power Hungry. Yet besides these two sides warring continually with one another is the dark inbetween, the center playing both sides against one another for its own aims. This is...

The Organization known as Werwolf has roots as far back as World War 2. In 1944, Reichsfuhrer Heinrich Himmler ordered SS Obergruppenführer Hans-Adolf Prützmann to being organising an Elite Commando group to act behind Enemy Lines. Prützmann generally recruited from the Schutzstaffel (SS) and the Hitler Youth, and began training his Werwolves in Guerilla Tactics learned from Soviet Guerillas, Sniping, Arson, Sabotage, Assassination, all for the goal of preparing for the potential defeat of the Third Reich by the Allied Forces. When the defeat of the Reich eventually came, it was believed that Werwolf simply dissolved after a few scattered incidents during the Allied occupation. However, the truth of the matter was that Werwolf, using a series of bases scattered through out the former territory of the Third Reich, continued its war against the Allies. A UN Task force code named Silver Bullet was formed to deal with the Werwolf threat under the leadership of then Colonel Harry "Dirty Boy" WestRiver. The quiet war with Werwolf lasted for the entire Allied Occupation of Germany (1945-55), coming to a dramatic climax in 1955 when the "Alpha", leader of Werwolf, personally lead an attack on Downing Street in which Werwolf Commandos attempted to detonate a Nuclear Bomb. WestRiver and the other Agents of Silver Bullet swiftly defeated the Alpha and captured his second in command, Obergruppenführer Wolfgang. The threat of Werwolf dissapeared as Germany's occupation ended. Or so it would seem. 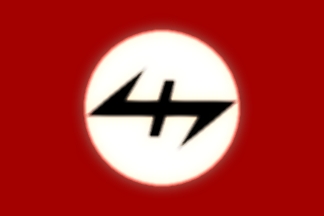 During the Cold War, the Soviet government claimed Werwolf was still well and active in Soviet Occupied Europe and was covertly attacking high ranking USSR Millitary Officials and Scientists. The Peoples Republic of China made similar claims, along with claims that Werwolf had an division operating in Asia called Black Dragon, a name shared with an ultra-nationalist group in WW2 Imperial Japan. These claims were frequent and erratic, and nothing ever came of them during the Cold War. However, recent evidence suggests Werwolf has re-emerged. In 1992, UN Peacekeepers stationed in Somalia discovered two abandoned children who claimed Werewolves destroyed their village, which was known as a trading poit for illegal weapons and was later found to have been reduced to ashes. However, when shown pictures of Werewolves, the children did not recognize the creatures and claimed their Werewolves were men with guns. In 1994, an unidentified Mercenary was captured by the Bosnian Army and when interogated about who he worked for, he said: "They will kill me either way, but if I speak they will do much worse...such is the path of a Werwolf". The man was later found in the introgation cell, beheaded. The Federal Security Service of the Russian Federation (FSB), the succesors to the KGB, allege that Werwolf Operatives were hired by Chechen Terrorists for attacks wthin Russia during the Chechen War. The Night Widow Division of Arachnos similarly claims that Werwolf now operates within the Eotile Isles...but for what purpose it to be seen.

Werwolf acts as Terrorist Organization acting both for its wn goals and for hire when the eployers goals suits them. The main goal of Werwolf, however, is not World Domination or anything one would expect of its Nazi roots; Its goal is best described as Corporate Anarchy, creating Chaos in any given situation and profiting from said situation in the forms of Mercenarism, Assassination, Arms Dealing, or in any other way in which profit can be gained. Werwolf also maintains a healthy collection of Spies within several organizations and uses information gathered to create either chaos or profit. To achieve their goals of Anarchy, Werwolf has several Divisions established within the organization.

File:Werwolf2.jpg
Storm Corps:
This is the most millitaristic rank in Werwolf and is the starting rank for any potential member. Storm Corps soldiers operate for the group as a whole, rather than reporting to one Director, though the Corps is governed by several Captains.

Radical Augmentations and New Developments(R.A.N.D.):
This serves as the weapons, super soldier serum's, and technologies division of Werwolf. It often times resorts to using its own technology to steal technology of rival organzations, governments, or companies and as such has field operatives who do so. It can be manned by scientist/operatives and is overseen by three joint directors.

Stealth, Terrorism, Infiltration, Neutralization, and Guerilla-Tactics (STING):
This is the assasins, mercenary, terrorist, thief, and spy division for both meta and human oepratives. These operatives report to any division that requires their assistance, but all operatives report to their directors above all else, the Alpha and Council of Wolves notwithstanding. This division is overseen by 3 joint directors.

Black Sun Division:
The dark hand of Werwolf and a decendant of its Nazi roots, Black Sun is a collection of occultists, necromancers, warlocks, demons, undead, and Werewolves that Werwolf uses in business ventures which require the talents of the arcanely trained. This division often works hand in hand with R.A.N.D., but there is a consistent rivalry between the two over what is more valuable, Magic or modern science. It is overseen by 3 Directors

The Council of Wolves:
This is the tight, circle of leadership that controls Werwolf. Its numbers are few and its members are those who have proven themselves time and time again to be competant leaders in Werwolf. It is lead by a single leader called 'Alpha' and is refered to outside of their meeting chambers as "The Organzation".
Retrieved from "https://virtueverse.net/wiki/Werwolf"
Categories: Supergroup Stubs | Character Group | Supergroup | Villain Group | Werwolf