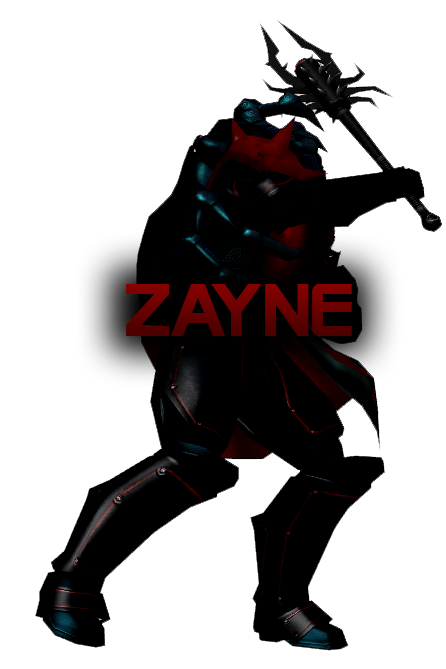 Bane Commando Nicolaides (Nīkolāḯdēs) was pretty much the pinnacle of any Arachnos soldier, inducted into the service of the organization as a child; mostly due to his own ambition and wanting to follow in his father's footsteps, despite having signs of hate in his eyes he was originally hesitant and filled with fear. Now, through conditioning, training and witness to brutal violence; he was molded into a real man and transformed to be one of the most violent enforcers that the organization has inducted in years.

His will and service is all but given to the ruler of the Rogue Isles, Lord Recluse. Now this ruthless Bane Spider seeks to further the ideologies of Arachnos and would destroy anyone that would rather halt the organization's progress. The heart of a gladiator, the ferocity of a warrior; all ideal traits that would better describe this living weapon of destruction. Typically always becoming the source of pain and terror.

Like many, he stands tall and retains a great physique which is only ever really seen when he isn't wearing his armor which is rare, however, his muscles are defined, shoulders are broad and has a strong abdomen. Whether wearing or not wearing his armor, his voice booms; almost capable of making an entire room of roman senators go quiet, marking that as one of his iconic traits. His hair is black while his eyes are blue.

Zayne sports has tattoos on his biceps and his forearms, tribal in nature, they look like rings and are black in color. The rest of him is unchanged however and doesn't spare a lot of defining traits besides his muscular body and tribal markings. Other modifications however give him enhanced leaping capabilities with enhancements in place to handle the pressure, which doesn't make him your average Bane Spider.

Many traits outline Zayne, most of his emotions are shut out despite only feeling anger, he's how someone would describe "Can dish out heat and can also take it." Rarely does he ever let emotional attachments get in the way of his work; raised to only be focused on his goals and his career, it's basically a replacement to avoid actually having a personal life. While friendship isn't totally impossible, his preference are people who aren't afraid of going into his combat, people with backbones and with a sense of loyalty. As loyalty was one of the main things he obsesses about since Zayne believes there is no greater trait than that alone, outside of this; he is extremely violent through a physical aspect and aggressive.

He feeds off combat and war alike, taking a keen interest in the general aspects of war and almost sharing traits with the greek god of war, Ares. Being stubborn is something else he's known for as no matter the odds of a battle or a situation, Zayne is never known to back down unless he is ordered to do so. The only people he's known are those he has fought alongside with and is usually inspired by gladiators of the old times. Only seeing the Bane network as an obstacle from reaching his true destiny and real levels of power, he cuts himself off however that remains a secret for those that aren't trustworthy.

Zayne is mainly hostile to people he doesn't trust, rarely does he ever do it with anyone and usually tries to send them away at any chance he gets and remains overprotective of the people he works with. Even under all that bravado, the man carries a heart that many others wouldn't carry. His posture remains sharp, a habit from his training in the earlier years of being inducted and follows orders without question.

No matter if friend or foe, his voice or tone never changes, the only thing that's different is his choice of words. Rarely does he ever smile or laugh, his face remains deadpan no matter who he is talking to; only seeing humor as a weakness or alternative to disguise someone's true nature.

In a situation, he always remains concentrated and doesn't waste time with a lot of chatter or jokes to pass the time. To him, once you stray off from the objective at hand it no longer becomes your focus, the mission always come first in his eyes and any other optional objectives come last. A prime example of a soldier who follows the order to the letter.

Lawful Evil is the best alignment to describe Zayne considering his occupation and sense of duty.

In belief of most of Arachnos traits, he takes specific parts to heart:

Zayne is nothing but honorable, he believes in the fact that information is power and would manipulate those to achieve a common goal, if he had to work with the enemy in order to achieve the same objective then it would be done, he marks himself more than willing to bend the law at his will and would anything to appease the ruler of the Rogue Isles. Also finding that you should trust no one, not even the people you sometimes call "friend" as it is a word that is used so loosely in the world.

Regardless of time or place, whatever order he is given, it'll be done exactly as specified. Despite being one of the most brutal commandos to be apart of Arachnos; he is no stranger to morals and doesn't see the point in fighting something that can't fight back meaning that he would not waste time on such a useless factor.

Others may consider him a locked book with little information to give, as he thinks attachments make somebody look weak or it would give his enemies leverage to use against him; something that can be avoided by doing the one thing he has avoided most of his adult life: Getting emotionally invested.

Zayne was born in the heart of Athens, being the only child, he had his mother & father to look after him for most of his early life. However, his father raised him to be disciplined and always busy by putting him up for manual labor, not a day passed where there was work to be done, in time this usually made him stronger and more willing to be obedient.

His life took a rather drastic turn when his mother left them at the age of six, his father's thinking made it believe there was nothing more for them in Athens; leading to him selling the place where they lived and then moving over to the Rogue Isles where he eventually submitted himself to Arachnos in order to provide, Zayne wasn't gonna be the exception however; with some gift of psychic potential, he also joined Arachnos and was immediately submitted into the Bane Spider program in order to complete basic training and while most of the life skills he were taught were things he already knew, he was subjected to the knowledge anyway.

The only thing he took to heart were the ways of combat, how to handle a weapon, the core values of Arachnos and basic survival skills and a history of the Isles. Zayne didn't earn his first kill until age twelve however, when a squad that was being lead by Huntsman Newman was ambushed by Longbow agents hoping to get rid of the organization's presence in the Isles. Nobody was surprised and it didn't earn him any high praise, he was living to the Isles' motto that only the strong survive.

Zayne's only concern was being in his father's good graces and hoping to succeed where others have failed.

Zayne was as troubled as they could come, building his own rage using the memory that his mother left them at a young age in order to use it throughout his career, he shut out any other emotions in order to avoid being considered emotionally compromised.

He didn't complete basic training until he was sixteen. He was subjected to the Bane network like any other new recruits and was relying on the conditioning to keep him upright throughout the rest of his career if he was to actually succeed, Zayne wasn't convinced later on that the network was just a scam to keep people organized or otherwise be considered another pawn to the system. Until then, all he knew was his service and will to Arachnos while his father achieved the position of Huntsman for exemplary service and taking over after his squad leader's incompetence lead to Longbow hostages escaping and reporting back with information that would hinder Arachnos' plans.

Such an action is considered failure in the eyes of Arachnos and was awarded with death. Eventually succeeding where the Huntsman prior could not, Zayne and his father were going into positions many others could not bare to handle. A lineage was established and it was gonna be a successful one.

Eventually, Zayne was inducted into the Commando corps at the age of 18 and went on operations across the globe, the most memorable operation was one in Alaska where he first encountered the Malta Organization, a shadow paramilitary force with the funds for new technology, weapons and vehicles and were there when you least expected it.

Upon infiltrating one of their bases, his squadron sustained major injuries after being attacked by their paramilitary squadrons who were being backed by sappers, troops that were capable of taking down metahumans with ease; Zayne, who was against high odds used all the equipment to his advantage and slaughtered the opposition ahead of him; ultimately saving the rest of his squad from imminent execution or capture, this earned him praise from his peers from being gifted with the exceptional usage of a mace in combat and being ferocious where many others would be begging on their knees for mercy.

As expected from any Bane Spider under the network's guidance and conditioning to back it, he surely was not gonna die at the hands of some shadow force so early in his career, even during this time he never managed to sustain any serious injuries that would render him combat ineffective.

The current Zayne ended up finding the true way when he associated himself with the Agents of Ruin in May of 2019. While he didn't have anyone real to look up to during his early career despite his father, that changed when he met the Bane Spider Executioner known as Ruiner, who took him under his wing and became his teacher, convincing him there was more than the network and that as long as you remained connected to it you were never gonna gain the power you really desire, taking those words in mind, he established to have himself disconnected from the Network completely with the help of a Seer.

Now, he looked to achieve his true destiny which was ultimate power, otherwise it was working with his subordinates that were under the employ of Executioner Ruiner. Even now, he realizes that without his guidance he would not be the Bane Spider he is today.

Still, he undertakes assignments on a regular basis to appease Lord Recluse and also to indulge himself in the thrill of combat.