My History As I Recall It

Ok, so here's my history. Bear with me, it's quite complex. So here it is in point form: 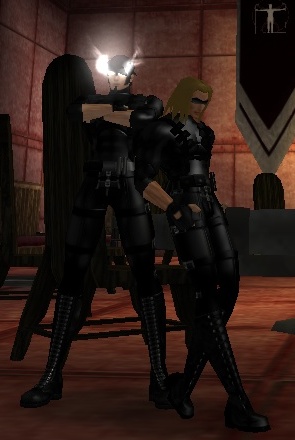 So that's the story up until now. During my time at home I can't say did anything great. I went about my normal life working mostly on my parent's farm. I lost contact with Esais, my husband, and I didn't really try to salvage our relationship. Kinda weak, I know, but that wasn't solely my decision. Eventually I filed for divorce. Surprisingly the papers passed, considering the last I knew he was dead. I also received a fairly large amount of money, but that was never my intention or my interest.

The Isles or Paragon City, this area of Rhode Island anyway, has this strange way of calling to you. I had so much history, so many stories of this place that I just had to come back. I don't know what I'm here for yet, but I've already met some familiar friends and ghosts from my past. Oh yeah, I found out that my husband died, again; I have a clone and a Praetorian version of me running around and the Phoenix decided to pay me a visit before I came back, just to restore my powers. God she's good.

Pyrokinesis: Asher possesses the mental ability to control ambient heat energy and the physical ability to transform his entire body, or portions of his body into a fiery, plasma-like state of will. The cells of a normal human body convert energy from foodstuffs into a form of energy usable by the body, adenosine triphosphate (ATP). Asher's mutagenic changes triggered a specific genetic code rearrangement that caused the his ATP production sites to generate a new form of energy containing molecule. This complex molecule not only provides ordinary bodily energy but contains large stores of latent chemical-bonding energies. Another favorable mutagenic change are his cells' ability to utilize this extra energy by converting it into a moderate-density, plasma-like state that is regulated by a subconscious mental field and can be modified by an act of will.

Plasma Form: Asher possesses the physical ability to envelop his entire body or portions of his body with fiery plasma without harm to himself. (Plasma is a super-heated stated of matter such as exists in the atmosphere of stars.) Ordinarily, when aflame, he is enveloped by a low intensity flame of low level plasma (reddish, approximately 780 Fahrenheit), which ranges from 1 to 5 inches from his body. He can, however, generate much higher levels and flames about himself. The energy used to support his low-level plasma is small; only when Asher wills his flame to a higher level does the majority of surplus energy with the AR-HP complex become involved. In its plasma state, his body is no longer solid; projectiles that are not melted pass harmlessly through his body.

Fire Manipulation: Asher can generate shapes composed of fire from any point on his body. (He usually employs his hands to "sculpt" the flames.) He can form fire into long streams, spheres, or even more complex shapes like letters in skywriting. These flames-objects will only remain their shapes as long as he concentrates upon them. The objects will only burn about 3 minutes before expiring unless he continues to infuse them with energy. The temperature of these fiery projections is generally around 2,800 F (near the melting point of iron).

Flight: Asher's plasma has a high hydrogen content, and is surrounded by an exuded cloud of mono-atmoic hydrogen atoms. The hot cloud provides sufficient positive buoyancy for him to float. With mental stimulation of his flame, he can provide enough lift to carry around 180 pounds. By forming a jet from his feet, directed behind him, he can achieve a normal flight speed of 140 miles per hour, and accelerate up to supersonic speeds capable of catching up with faster beings while in the Earth's orbit.

Thermokinesis: Asher has the ability to mentally control the ambient heat energy within his immediate environment, even when he himself is not aflame. He can reduce objects' temperatures (if they are in a normal range for existing on Earth's surface) to about 30 F, raise them to several hundred degrees, or extinguish open flames. His radius of influence is about 80 feet. The heat energy he takes from the environment is absorbed into his own body. If he takes in a critical amount while he is not aflame, he will become aflame. There are unknown limits to the amount of flame he can absorb into his own body harmlessly while he is himself aflame.

Immunity to Fire & Heat: Asher is unaffected by heat and flames, including his own, even when part of him is aflame and the rest of him is not. His flesh cannot be scalded or burned by any heat source whose level is below that of his maximum output.

Martial Arts Combatant: In his liftetime, Asher has since taken up several forms of martial arts since he lost his original powers of plant control. He is skilled in unarmed combat and is a skilled user of double blades. When Asher first started to study marital arts he showed a great desire to reach self mastery and inner discipline, which he did. He is skilled in many Japanese combat forms including Ninjutsu. Asher has Olympic-level athlete capability, strong in gymnastics and endurance feats, his high level of athleticism is focused in strength, speed, agility, and reflexes. Asher has naturally enhanced his body through regular training. Asher trains on a daily basis to reach his peak human limits. More recently he has cut his style back to a street fighting style.