Thanks to Nine-Ball and the Maestro, Lucille embraced her villainous name of Dominatriea and had joined the ranks of the United Underworld. Although ERA hasn't forgotten the betrayal from her, she's been watching her back even more now the ever.

Lucille was always pushed around.

She was born and raised in the Rogue Isles with parents too meaningless to remember now. They were murdered, leaving her to watch the place change when the leadership changed from one man to another: Lord Recluse.

If there's anything one person can suffer, Lucille's been through it. She's been raped, tortured, robbed, and even attempted murder far too many times to count. It was how she lost her eye and gained the sickening scar across her face... a reminder of her "place."

It was a saying Lucille had beaten in her head. "The weak perish, the strong thrive." The sweet, naive young girl grew colder as the years went on. It drove her to carry dual pistols with her in self defense, even though it didn't do much good. The worst of the worst existed where she lived. She was powerless to stop it.

After a failed attempt of being part of a mercenary group, Lucille discovered a cavern door with the corpse of an elderly woman. The jacket the corpse had called out to Lucille, in which she was more then happy to take and wear. It was an awesome lookin' coat!

The moment she slipped it on, she could feel time itself slow down around her. Her mind felt almost... open as she felt the very power and nature she carried on her back. A power she could manipulate.

Such knowledge was the straw that broke the camel's back.

Lucille left that cave with a sickening smirk on her face. The days of being part of the "weak" were gone. It was time to get what she felt she deserved all those years. The Rogue Isles would know exactly who she is and anyone who dare got in her way would now feel her wrath. She planned to spare no one in her wake and if the world burned as a result? Then so be it.

Thus, The Rogue Isles gave her a title: Dominatriea.

Lucille grew up on the Isles, so she knows the ins and outs of the whole place. If there was a civilian you robbed or kidnapped? Chances are, Lucille was one of them.

Because of everything she's endured living in the rogue isles, it has left her the woman she is now: Cold, ruthless, not caring about anyone but herself and extremely distrusting. She trusts no one and it takes a long time to see who she really is. She trusts men even less. 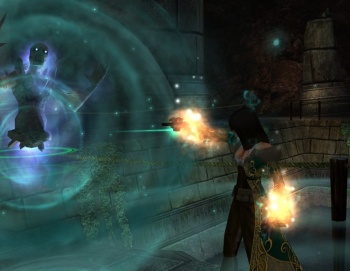 She is very vengeful and hasn't forgotten the faces that made her into who she is today. She plans to ensure they fell the pain she had to experience, and then some.

Like the 'villains' that Lucille has grown to hate, she shares a common goal with them. She wants power, wealth and all the benefits that come from being on top. She wants to experience luxury and many other things. So it isn't all about revenge! Its about so much more, though she'd never admit it personally.

As to who she is to anyone who dares to earn her trust and loyalty? Thats something someone has to work hard to see...

Although she carries a pair of dual pistols only, Lucille has learnt how to use a variety of weapons throughout the years. After trying out a variety of weapons, she fell in love with a pair of pistols she picked up in the black market. Ever since then, they were her weapons of choice. Its what she loves to bring to a sword or even a fist fight. Considering where she grew up from, she isn't afraid to fight dirty. 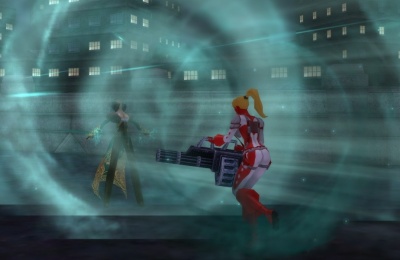 Ever since the day she slipped the jacket on, she inherited the powers that came with it. The first thing that she came to realize that the jacket allowed her to manipulate time around her. She can speed up her allies while slowing her enemies down to the very crawl. She can even literally freeze someone in time and earn a few good shots with her pistol.

Lucille has been experiencing unusual side effects. As her ability to manipulate time grows, so do the side effects. She will recieve random visions of someone's past or a potential future of someone or something may appear right before her eye. It has caused headaches and even a loss of reality temporarily, forgetting if its now or if she's somewhere else. The visions are minor, at best. Lucille could randomly predict when someone has diarrhea or what food to avoid then anything huge. Lucille can't control it and has only begun to realize she has such a seer like gift outside of the Arachnos 'circle.'

Of course, she can't control it and perhaps thats a good thing. Something seems to be holding her back...

While using tarot cards doesn't exactly let her see the future on a daily basis, they do help her give an idea of a person's character. Although the cards aren't always correct, they give her a good idea of a person's nature or even a group's idealogy. She'll use it to make an extra buck or two. The tarot cards are enchanted and they tend to hover about her as she walks. Due to the enchantment on them, fire nor other effects can destroy them.

Either she's got a business relationship with them or respects them to the highest degree, these are the people she... well, tolerates. Or likes and won't admit it.

The people she'd see dead or even hate for reasons she won't dare talk about.