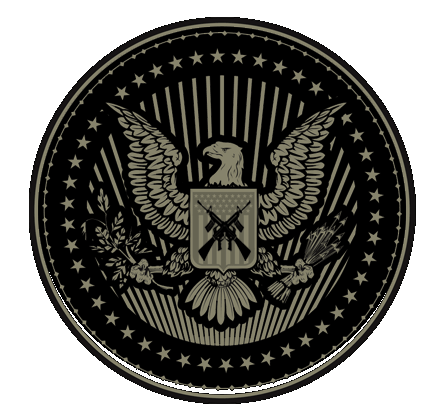 An ultra top secret military agency first created during WW2. Agency 15 handles all intelligence gathering and operations that cannot be officially recognized. It operates within its own jursidiction and is not officially recognized by the US Government, it is a 100% deniable agency. Ranks within Agency 15 are separate and not attached to those within standing military, most members are taken from special ops teams and operations are usually covered and completed during standard military operations.

Director: Steven "Saint Tact" Lyons (USAF Colonel, 823rd)
Public Knowledge: None, Agency 15 is an ultra top secret government agency. All government officials who know of 15's existence are also members.
Type of Work: They handle all intelligence gathering and covert operations that cannot be officially recognized by the US Government. They operates within their own jursidiction and are a 100% deniable agency.

Agency 15 was created during WWII to address the need for intelligence gathering and covert operations that had to remain out public knowledge and could not be tied back to the USA. As such 15 was created as a top secret addition to the new Office of Strategic Services (OSS). The first members of Agency 15 were hand selected and borrowed from various US agencies at the time including the military. Agents of 15 remained in their normal positions unless needed for specific operations. They would then be sent on an assignment to allow them to leave for the duration of the 15 operation.

Its safe the say that 15 has been involved in all major wars and conflicts to some extent. However even being a deniable agency, they are often reigned in by politics and US policy.

If you decide to use Agency 15 for your own character backgrounds here is some basic information to help you determine if you're character fits.

Nationality: With very very few exceptions, American.
Gender: Either
Origin: Any
Career Background: Typically current or occasionally retired military/CIA/NSA/etc. Experienced in covert operations.
Off duty life: Since work with 15 is not their primary career and an agent can go period without 15 work, they tend to have normal, stable family lives as would be associated with their career area.
Demeanor: Its important to note that because 15 agents tend to have family and something to go home to, they tend to have a drive to live/survive. But their personality can and does often run the gambit.