The Maw of Darkness 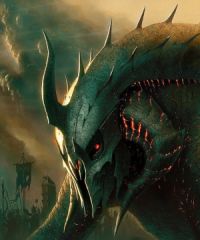 The Intelligence that soaked in the depths of oblivion for an undocumented eternity, was stirred by the banishment of the second race. It could feel them within its host, but the new beings were not powerful enough to heed its calls. they roamed ignorant of the power around them, of the darkness true strength.

It was not until the first of the Fallen left Babylon in the wars against heaven, the first banished angels entered his domain that Mammon became known to any beings...

The being whispered dark designs, and granted visions, and ideations of grandeur. It orchestrated the workings of the outer realms into countless domains for the Fallen and their easily manipulated daemons. It revealed to select few of the Fallen, its chosen ones, the power arcane. A source of power and immortality equal to that of the Light. It garnered its strength from the faithful of mankind, with every new practitioner on earth, and for every faithful servant of mankind, the commander of the dark power grew in strength. So the Fallen of the outer realms grew in power, and as they were revered for their power and secrets they too grew to rival the heavens.

All the while the dark perpetrator was itself growing in might, as its own power was magnified to unimagined proportions by all the practitioners, as every Fallen grew to lordships, and masters of mankind's destinies, itself was magnified with darkness, its new capabilities strengthened.

It ebbs at the edges of eternity, prompted by the callings of the ever faithful Fallen, those chosen to know of its true identity, that something omnipotent stirs in the void. And those few commune with it for guidance, for power, and to further their understanding of its dark secrets.

Its machinations are legion, and its plots and designs are masterly orchestrated, for no being save the Creator can boast of such patience and insight. All promises and powers it boasts lead to the darkness, of its eternal game. 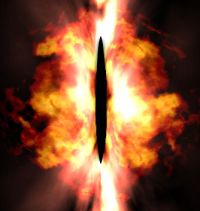 Akoman is a mystery to most immortals, and outside a select few, his origins and existence are a closely guarded secret. Whispers of his name are viewed with the utmost fear of reprisal, and the belief that uttering his very name... brings his black and demented curses upon you.

Akoman is often disembodied, some lore says that it "IS" hell itself, that when the outer realms were formed it was out of it's Celestial carcass. Some believe that it was the TRUE first angel to be outcast, that it was wicked before the first race's revolt... and others still believe it may have prompted that very revolt, from the abyss all that while ago to strengthen it's power and grant itself a symbolic life force, by having denizens within it's domain... Others still believe it is the original darkness, the polar opposite to the Light, and is as old as the Creator itself.

Many traditions view the name as many different beings, some as the son of the first fallen, others as a dark poet in hell who steals your soul through riddles... but all agree that it has the blackest of intentions, and it's malice knows no equal, for none are as patient as it, for it is the evil eternal, and for sheer entertainment makes monsters of men and immortals alike.

That is the mystique that is Akoman, for all things that lead to him are hearsay... but one thing is always known, he is an absolute threat to everything he encounters, and a threat to life everywhere. 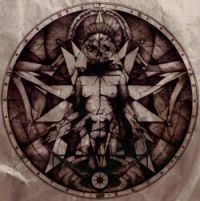 Attempts to read this mind by mortals (Non immortals, Demi-Gods, etc) will always fail, receiving a blank reading. or worse, a psychic backlash enough to completely wipe the perpetrators mind! However, he can allow such a reading upon request through RP, its an automatic Celestial defense.

Attempts to read his mind or emotions by Immortals of Divine Origin will discover a Brooding, Cunning, and Violent mind, and get his immediate attention, likely prompting a violent attack.

His Origins are impossibly ancient, if a scryer is an Immortal of Divine Origin, they may know all that is present at this page about Mammon through "Legend Lore/Past Reading", and his aura radiate's Celestial, though tainted through shadow and absolute wrongness... his stare causes the weakminded to immediately begin killing or committing horrible atrocities indiscriminately. Even the willful and the resolute are not free from his dark persuasions, given time and desperation his will can influence even the mightiest of minds.

Like this Page!? Enjoy this Story!? Get to know the man Behind the keyboard at User:Stonewayne here at Virtueverse!
Retrieved from "https://virtueverse.net/wiki/Akoman"
Categories: Male | Magic | Mastermind | Villain | The Fallen | Mammon