Algor Mortis portrays a lack of enthusiasm, or any emotion for that matter. She seems to be caught up in some other manner, and rarely has interest for a specific person. She proclaims to always be working, even when sitting, in the back of her mind she is doing her job. Algor at a glance seems to be filled with hatred, yet that seems to be a mask. She keeps a calm presence that follows her into battle, where she seems to ever show any sign of distress, or effort.

When talking her tone is monotonous though at the same time, chilling. She speaks usually the truth, and doesn't seem to care how to phrase her sentences, because they always end up being slightly harsh. She has rather large ego, and will defend her case when questioned.

In latin, Algor (coolness) mortis (of death) refers to the reduction in the body temperature following death. Thus fitting her name, Algor has complete control over the temperature around her. Algor's greatest strength is the control of ice. While she can instantly create shards of ice from nowhere, hurling them at her opponents, she has a much more broad range of skills. The temperature around her is always sixty degrees colder than what it should be, and her hands are absolute zero. She can summon large blizzards that can rage on for years, if wanted to. Her mastery over ice isn't comparable to anyone else. When she exhales, frost lingers from her lips. Some say that the blood in her body is frozen, keeping her cold forever.

Being a Cosmic Entity, she can tap into a hidden power that is everywhere in the Universe when she feels she needs it. She also can phase to different 'realms' and while in different realms, intangible in ours. Algor can use this energy to either boost herself, or hurl it back at enemies. Tapping into the power of the Universe, she can control and create the energy to her liking, sometimes beneficial, mostly deadly. She posses the control over molecules, allowing her to re-shape materials to her best interest.

Being a Cosmic Entity, she can tap into a hidden power that is everywhere in the Universe when she feels she needs it. She also can phase to different 'realms' and while in different realms, intangible in ours. Algor can use this energy to either boost herself, or hurl it back at enemies. The forms of the cosmic energy may be portrayed as red bolts of solid energy, space electricity, or as a tornado of loose molecules.

Algor's eyes are relatively unique. Everything else but the pupil is black. Inside her glazed eyes, show the reflection of a galaxy, the reflection is constantly moving, never standing still. However her eyes can change to a fiery blazing off-set purple at times. People often find themselves mesmerized with her eyes. 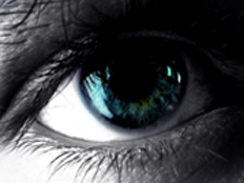 "The human mind, such a weak and fragile system."- Algor Mortis

Without even a glance, Algor can render her opponents helpless, either forcing them into sleep, being unable to defend themselves, subduing them in place, or creating such confusion in their head, that they turn on each other. She can also invoke great terror into the minds of her foes, making them live their greatest fears. On the less aggressive side, Algor can read minds letting her gain information that wouldn't be disclosed otherwise. Algor can probe deep into the sub-conscience of her victims. She can drain their energy and endurance, making them too weak to fight her. With the right amount of energies, Algor can cause as psychic shockwave, causing all the victims around her to simply drop dead to the floor, due to the immense pain they suffered.

"What a lovely tan you have there..."-Algor Mortis

Recently, after watching one of her co-workers, Arthur Skye wield so expertly the control of fire, she decided to give it a crack. By extracting the heat from the air around her (making the air very cool), Algor transfers the heat into the palms of her hands, where she manipulates the fire. Besides the basic act of shooting flames from her palms, Algor can heat the floor around her to scorching temperatures, burning her victims feet, making it hard for them to flee. Along with that, she can char her foes, making them unable to breathe, along with enveloping them in cages of fire, making them immobile to move. After several weeks of practice, she can now summon Fire Imps to do most of the carnage for her. Algor control on the fire increases as the room gets colder, since all the lost heat is transfered to her. Unlike most fire wielders, being in a colder atmosphere only helps her.

Depending on where you stand, Algor's position in the battle of good and evil varies. Some refer to her as a ruthless villain who takes down all that stand in her way, having no mercy, and making her mark wherever she goes. Others find her as a fixer, banning the world of all thats evil, repairing the broken harmony that was lost thousands of years ago. But despite both of those opinions, are true to a point, they're both false. Algor isn't evil, nor benevolent. The wise ones know she stands in the middle, as an watcher, aiding to both sides when the advantage is unfair.

"I am no hero, or villain. I do not take pleasure in the destruction of your planet, nor the repairing. I do not favor, I don't hold grudges, I do not judge. I watch, and when the rules are broken, I intervene"--Algor Mortis

Though she has no formal friends, that she considers at the least, she has made several allies that she seems to spend time with, along with assisting them when called upon.

Arthur Skye: Seeing the full potential in this homo-superior, Algor is usually seen with Arthur, both in and out of combat, taking time to teach him. She has gotten him out of several bad situations and has given him opportunities that he wouldn't have found elsewhere.

Mr. Vec: At times, it seemed these two would want to kill each other (which is often), however, the two get along well together, yet they seem to be competing with each other often. Algor recently disapproves of several of Mr. Vec's choices saying that getting involved with humans is always bad news.