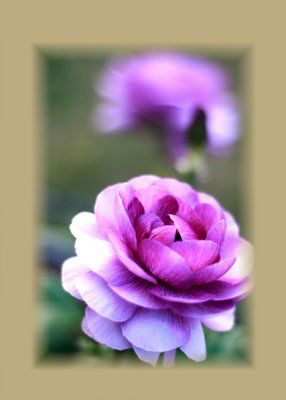 "Say what you want, but the Earth is alive."

Taryn stands at a relatively average height, with a slim but lean frame. There's a natural grace about her, usually moving with relative ease and fluidity. Golden skin stretches over taut, subtle muscles, and dark brown hair with just a slightly reddish tinge frames her face. Warm, chocolate brown eyes peer out from beneath her bangs, usually alive with silent, jovial laughter. A bright, lively smile reveals straight rows of very white teeth, perhaps made even whiter when contrasted to the caramel color of her skin.

A warm smile usually illuminating her face, Taryn is generally very easy to get along with, always searching for a reason to smile and laugh. Highly empathetic, she'll take any opportunity to brighten someone else's day or offer a sympathetic ear, almost always placing others' problems before her own.

Although she is greatly dedicated to bringing down crime rates and serving justice, Taryn is a pacifist, using her earth-shaping abilities to merely hold her targets in place and heal her allies.

The world we inhabit works in mysterious ways. Sure, scientists can attempt to explain everything away with theories and numbers, but the truth is, sometimes crazy things, miracles, just happen. Sometimes magic happens.

She had an affinity for plant life from an early age. Plastic toys were chucked as far as her little arms would throw them with a grumpy huff, and getting to sit in the grass was her pacifier. In fact, the little girl showed a deep attachment to all living things, spending every moment outside that she was allowed and getting worked up over even a dead squirrel on the side of the road, protesting loudly that it wasn't fair.

Of course, with an abusive father, it came as no surprise to anyone that she spent as little time as possible in the house. They even managed to shake off the fact that she brought her mother bright, beautiful flowers... in the middle of winter. In Maine. Obviously, she bought them from a store. Picked them, as she claimed she did? No, no. That just didn't fit into their box of logic. Didn't match how they said the world worked. Silly girl, making up stories like that...

"You can say what you like, but the world is alive, simple as. It's not just a hunk of rock. It's sentient, breathing, and more powerful than you're even aware. Haven't you ever felt the true power behind a storm, when the clouds are boiling in the sky, just waiting to pounce? And earthquakes, tornadoes, hurricanes... that's nothing. That's the earth stirring in her sleep. You just wait until she wakes up."

Attached to the very soul of the earth, that's what Taryn is. Her deepest roots are planted within it, and the girl is blissfully unaware. Not that she wants to know - it takes all of the wonder out of it. She can be a child of the earth instead of, potentially, a normal person with just a genetic mutation.

Given her magical origins, Taryn holds a deep connection to all living things, a nexus of life whether it be plants, animals, or humans. She often emits a peaceful sort of aura, and loves nothing more than bringing beauty to the world around her.

"If you grew up with a loving family, then you should consider yourself blessed. But if you didn't, then you should also consider yourself blessed, because you can see things others can't. The invisible scars of those like you, and the muffled cries in their eyes. And because you can see it, and relate to it, you can give them the one thing they ache for more than anything. Love. And isn't that one of the most beautiful gifts in the world?"

A small girl, only six or seven, sat cradled in the strong branches of a tree. Oldest tree in the area, it was, standing tall and sturdy as the decades crept by. It had been witness to many things; happy couples sharing a summer picnic by the lake it stood guard over, parents seeking shade while their children played in the cool waters. It had even played home to the occasional owl or squirrel. And now, it stood a silent watch as the little girl wiped away silent tears with its leaves, sitting huddled within the branches. The tree could feel the thundering of footsteps approaching, but they were a ways off yet. No sense in warning her yet; let the child have a moment of comfort.

After a few blessed moments of quiet, the stench of alcohol tainted the air that kissed the girl's rich hair. The tree's sturdy branches tensed, gathering protectively around her, but the man storming though the brush had already caught sight of the girl.

With a drunken slur, he shouted up at her, much to the distaste of the trees around him. "Taryn! Did I tell you you could go play with your little plant friends? You do what I say, when I say it, now get your little a** down here or there'll be hell to pay!"

The child nodded quickly, eyes wide, and scrambled down from her perch, surprisingly graceful for her young age. Her father didn't seem to notice, his face still contorted with fury as he watched her... or maybe he just didn't care. His daughter smiled at him, as brightly as she could manage through the bruises that decorated her face.

"What do you need, Daddy?" Her voice was innocent and sweet... how she kept up that attitude every day, no one could figure out.

Despite the pure intentions behind her question, the man's face lit up with rage, a heavy arm swinging out to knock her to the ground. "You don't take that tone, you hear me?! I don't want none of your sass, girl!"

Still face-down and clutching the grass tightly with her little fingers, she nodded, shoulders tensed as she waited for the next blow... but the earth had had enough.

It began as a rumble. A mere tremor, shaking the ground just enough to make the man's fist freeze in the air. And then it really began.

Trees twisted and shook as the rumbling rapidly approached, slamming into the earth beneath them like a bolt of lightning. Branches and leaves whipped at the man as he cowered with his arms over his head, and the wind howled as the earth screamed its fury at the abuse of her child. The girl herself remained untouched, save for her hair being tossed about by the wind that whipped around her. She clutched the roaring ground still, nearly as terrified as her father, though she at least understood what was happening.

"Don't," she whispered fervently into the soft grass. "don't. It's okay." She repeated her soft plea again and again, until finally the earth began to slow and calm itself. The ground quieted, the wind slowed, and the trees settled, returning to the deceptively serene calm that the man had so rudely interrupted. He scrambled to his feet, staring down at his daughter with wild eyes.

"You," he stammered, tripping over himself as he backed away. "Stay away from me. Freak." He turned and stumbled through the brush, as fast as he could through his disorientation.

Taryn was on her feet in an instant, watching him go with sad eyes. She whispered, "I'm sorry," turning back to the old tree and curling up at its base. And there she slept, as the forest silently guarded on.

Spell
"Spell... my first friend in Paragon. But so much more than that. He's sweet, and funny, and a whole lot smarter than everyone says he is. When you add 'adorable' in there, you get one awesome guy. Love him to death, would do anything for him, and I hope he knows that."

Wolf
"Wolf's awesome. He's nice, and you can tell right away that he has a really good heart. He may be one of the few people who actually knows what being a hero means... and it's kinda fun and sweet to watch his face when he sees Light, he just lights up and you wanna hug him 'cause it's adorable. ... But don't tell him I said that."

Light
"Light's great. She seemed a little reserved at first, but that's just who she is, doesn't change the fact that she's an amazing person and dedicated hero. She's big on self-sacrifice for the greater good, from what I've seen... maybe a little too much for her own health, but it's still really admirable, don't think I could do that."

Lost Spark
"Spark's a great friend. We met in the D one night... why I was there, not sure, the place smells, but I'm glad I was. We kinda just get each other... magic-wise, how the world works, stuff like that. She's funny too, and definitely not afraid to speak her mind... Yeah, I admire her a lot." 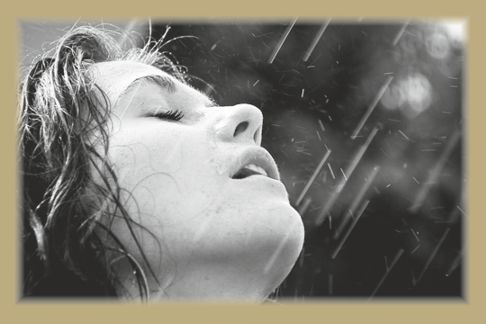