Victory by any means necessary.

Bushido was an enemy group that primarily opposed The Headliners, now branching out beyond a single group. They are highly skilled in martial arts & sword fighting and some have mastered fire abilities. Bushido's name is meant to be ironic, as Bushido is the code of conduct and way of the samurai, but the members of Bushido fight with no class or honor, and instead use sneaky and underhanded tactics to defeat their enemies. They were once a group of Praetorian bounty hunters who work to eliminate runaways from Praetoria, but things change. The former leader, Tyranno was usurped by Mountain Ogre, Spyder, and Ninjette. Mountain Ogre took the leading reigns of Bushido partially severing its ties with Praetoria and turned it into an Earth Prime group.

They are currently in a rebuilding phase because of the turmoil caused by the change in leadership. The base now aptly dubbed the Dojo, it is also a training facility for various martial arts as a cover for its internal unscrupulous dealing. Arachnos and Aeon Corp. both have a hand in funding Bushido, sending agents to help rebuild their ranks. 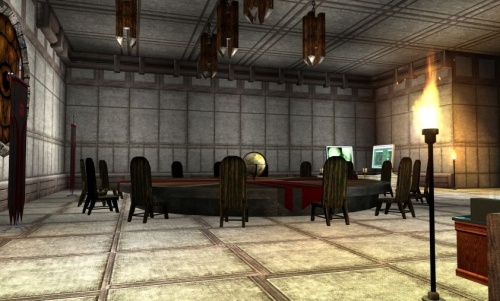 The circle of power, where the leaders of Bushido meet. 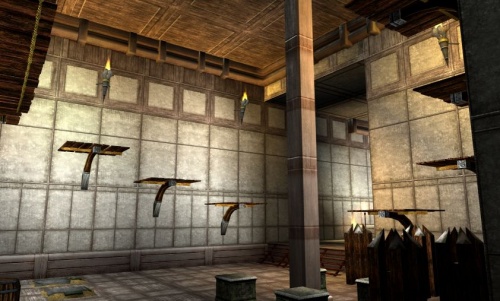 The Bushido Dojo, stepped platforms and balancing beams are the keys in training.