The Cleanup Crew is a now defunct Supergroup founded and manufactured by Hero Corps to work for industrial clients. Rather than take on supervillain and crime, the Cleanup Crew used their superpowers to take on pollution, chemical spills, fires and other emergencies.

The Cleanup Crew consisted of three members, and was led by Evac. 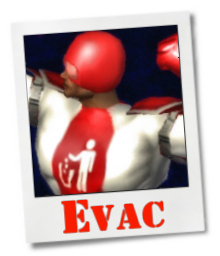 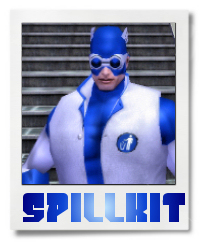 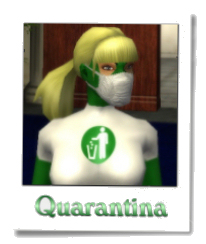 Hero Corps created the Cleanup Crew from the ranks of super-humans who were not sufficiently strong or well suited to fighting street crime. Instead their powers were useful in cleaning up chemical spills, air-born toxins or even helping the Paragon Fire Dept smother flames and rescue trapped citizens. As a result they rarely if ever encountered anything more villainous than a bored Hellion with a pack of matches.

They were officially led by Evac, although the small team meant that they rarely if ever felt the need to rely on rank to make decisions. The team were considered a great success for Hero Corps, and were commercially very profitable. Hero Corps PR often used them to offset environmental issues and to tackle the criticisms that hiring Hero Corps employees seemed to actually coincide with supervillains ransacking the area and ripping up the streets. 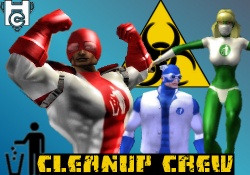 After a few years of working well together as a well-honed team, they were struck by a disastrous encounter with the Devouring Earth. For reasons not clear to the team, these anti-human monsters laid an ambush for the Cleanup Crew by unleashing a toxic spill in a populated area. Unaccustomed to fighting, Evac was quickly thrown through a wall by one of the Devoured, while Quarantina used her flight powers and force field to escape the lurking Fungoids and their stun spores. The monsters seemed most interested in Spillkit and quickly seized him. They immediately exposed him to a strange mutagen now known to be the "Will of the Earth" virus. Unusually this caused an apparently fatal reaction in Spillkit's physiology and his body broke down into a sludge, quickly draining off into a sewer along with the toxic waste the monsters had poured into the street. Seemingly finished their task, the Devouring Earth did little to prevent Quarantina and Evac escaping while more suitable heroes were summoned to the scene.

After some considerable rehabilitation the team was able to operate again to some extent. Although their effectiveness was reduced, Hero Corps felt it was best to keep them in active duty. Several months passed, and then one day Evac unexpectedly picked up an emergency beacon from the deceased Spillkit. He informed Quarantina of his intent to investigate in case some of the remains could be found and an offical burial could be made. Quarantina was en route to a briefing and so left Evac to attend to this himself.

Unfortunately for Evac it was another ambush, this time staged by a grotesque monster made of living pollution, calling itself Paul Ooshun. Evac was trapped and overcome by the villain before being drowned in the sewers. The highly radioactive sludge in the area prevented medical teleport, and by the time Quarantina was able to respond to his distress beacon, he was already dead. The monster lay in wait for her too, and made himself know to be a horribly transformed Paul Ocean. Left for dead, he had mutated beyond all recognition and become vengeful and criminally insane due to the exposure to toxic materials and trauma. Although Quarantina escaped from the conflict with the aid of the Vindicator's hero "Swan", she was too traumatised by events to continue.

Paul Ooshun was arrested and confined to the Zig, while Quarantina left the state and ceased using her hero identity. Hero Corps tried unsuccessfully to rebuild the team, but eventually due to the circumstances were persuaded to drop the brand identity and focus attention elsewhere.