***From the Arachnos Stolen Archives***

A former Rikti commander, Dhro'Mohz was severely disfigured in the war and abandoned by his own people. His body was collected and preserved by Arachnos for years until it was replaced by a prototype mechanical shell. His new 'skin' is outfitted with Rikti components and a new technology based on the research of the late Masahiro Yasuda. He grows more distain for humanity every day he lives among them, however, he has decided to tolerate them for the time being. D'minion, was given one task in return for his life... Kill Yasuda's son. 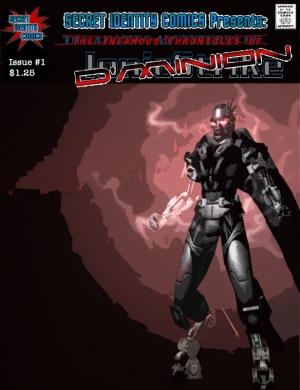