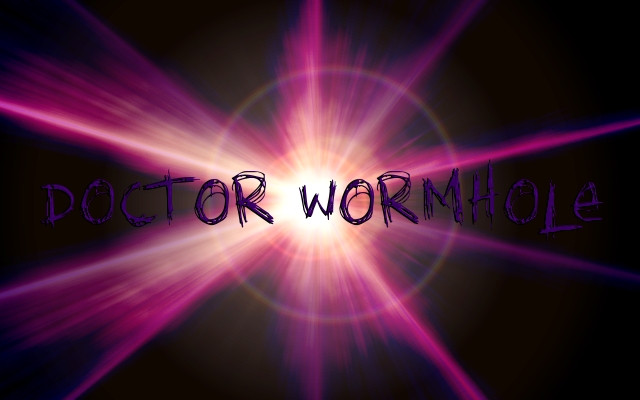 Doctor Wormhole (Dr. Bryan Trevor) is a fictional character, a supervillain that appears on the Virtue server of City of Heroes, and the founder, owner, and CEO of the multinational corporation, Trevor Aerospace Defense Industries. He is a deranged scientist and engineer, the archenemy of the hero Ionic-Man.

Wormhole possesses advanced degrees in aerospace engineering and astrophysics, and he is a genius inventor. He was exposed to dark matter after he attempted to use a gravitational simulation device to destroy a NASA facility and was granted the powers of gravity manipulation, cosmic energy manipulation, and teleportation.

Dr. Bryan Trevor was born on October 12th, 1975 to Robert Trevor, a corporate lawyer, and Maryanne Trevor, a Manhattan socialite. Dr. Trevor is the middle child in his family. His older brother, James, works as a stock broker, and Sarah, his younger sister, is a businesswoman. Demonstrating a mechanical and inventive genius at an early age, Dr. Trevor enrolled in Columbia University’s undergraduate Astrophysics program at age 13.

Because of his connections from his time at Texas A&M, Dr. Trevor acquired a job at the Goddard Space Flight Center in Greenbelt, Maryland. Because he specialized in black holes and physical cosmology, Dr. Trevor was given government funding to develop a gravitational and dark matter simulation device to be used for experimental testing. Dr. Trevor was given a year to develop the device, but having been obsessed with perfection from an early age, he ran over his allotted time and spent most of the government grants he had been given. Because of this, the government became disappointed in Dr. Trevor’s progress and was not willing to put forth further money. Thus, his government funding was immediately ceased.

Infuriated that his intelligence and research had been insulted, Dr. Trevor sought to utilize the device to seek vengeance against NASA by destroying the High Energy Astrophysics Science Archive Research Center at GSFC. However, as the device was not yet fully completed and had not been properly tested, Dr. Trevor miscalculated the data and the device backfired. This backfiring resulted in a massive internal explosive, causing the device to unleash an assault of dark matter on Dr. Trevor, as well as increasing the gravity in the facility, nearly crushing the scientist.

Due to some mysterious circumstance, Dr. Trevor survived and was hospitalized, spending some months of recuperating. Eventually, Dr. Trevor discovered he had the ability to manipulate and control gravity and generate and manipulate cosmic energy into blasts. In addition, he was able to teleport vast distances via the use of wormholes.

Coupled with the emotional trauma received after the explosion, Dr. Trevor’s discovery of his own superhuman abilities caused him to slowly lose his mind, eventually becoming a deranged and revenge-seeking being. His obsession with perfection only heightened his psychosis, eventually leading Dr. Trevor to become severely disheartened with humanity. He claimed it was plagued with imperfections and must be restored, starting with Paragon City.

Taking the name Doctor Wormhole and developing a battle suit made from hardened Kevlar, he formulated a plan to construct a device that would replicate a black hole and unleash it on the “imperfect” city, sucking it into the oblivion. He would then move on to “perfecting” the rest of the world, eliminating those things he viewed as imperfections. However, his plan never surfaced.

Wormhole was defeated and apprehended by the hero known as Ionic-Man before he could activate the device. He was then put on trial and convicted of murder, grand larceny, and attempted omnicide. He was sentenced to life imprisonment in the Solitary Confinement wing of Ziggursky Penitentiary. At least, this is what is thought to have happened.

Wormhole’s identity as Dr. Trevor never surfaced during trial, because the authorities weren’t able to discover how to remove his battle suit. In addition, Wormhole was careful not to leave any traces connecting the two identities. En route to the prison, he created a wormhole and shuttled the caravan through, while he himself disappeared. In order to preserve the facade, Wormhole was able to pay off a degenerate, and quite stupid, criminal to take his place in the Zig.

However, the Wormhole personality is still present within the deranged man, and he is slowly formulating an even more devastating plan that would bring about the end of the world as it is currently know.

Doctor Wormhole is highly intelligent and intuitive. He is also a master strategist, tactician, and manipulator, the latter proving vital in constructing his business empire. Wormhole has also been extremely obsessive since childhood, specifically with perfection. He perfected his intelligence by receiving his numerous advanced degrees and strives for perfection in all of his technological advancements and inventions. This obsession turned outward after he became deranged, causing him to view humanity as imperfect and making it his personal ambition to perfect humanity, even if it means destroying it and rebuilding it in his own twisted fashion.

Dr. Trevor's superhuman powers manifested themselves after he was trapped inside his prototype gravitational and dark matter simulation device, while attempting to sabotage the NASA research facility. His mental abilities are attributed to his genius intelligence and scientific aptitude. He also has natural talents for leadership, business, strategy, politics, and manipulation.

Wormhole has the ability to control and manipulate gravity. He can create gravitational fields capable of immobilizing and crushing his enemies, distort gravity, propel enemies and objects through rifts, generate gravitational singularities, and create devastating wormholes. All of these abilities have varying degrees of size, power, and intensity. It is unknown exactly how powerful Wormhole's gravity abilities are, though it is suspected that he could generate a wormhole large enough to envelop and entire city.

Wormhole can also generate and discharge cosmic energy. He can use this energy as a high-intensity projectiles, bombarding and assaulting his enemies. He can also use this energy to empower physical attacks and boost the potency of his other abilities. 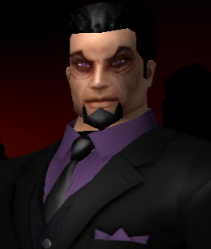 Doctor Wormhole has an IQ of 153 and is among the most intelligent beings on the planet, although not nearly as intelligent as his arch-nemesis, Ionic-Man. He holds a Bachelor of Science and Doctor of Philosophy degree in Astrophysics and a Master of Science and Doctor of Engineering degree in Aerospace Engineering. In addition to his degree specialties, Wormhole has knowledge in physics, robotics, cybernetics, genetics, weapons technology, biochemistry, and time travel.

Wormhole is an excellent engineer and mechanic capable of fixing almost all machinery.

Wormhole, as Dr. Trevor, is extremely well-respected in the business world, able to command people's attentions when he speaks on economic matters solely based on the fact that he has built up a multibillion dollar company from virtually nothing in a relatively short period of time. He is known for the absolute loyalty he commands those who work for him.

Wormhole is a brilliant tactician capable of quickly formulating strategies and new plans should the situation change.

Wormhole's customary paraphernalia is his hardened Kevlar battle suit and Aerocubes. In addition, as the multi-billionaire head of a global corporation and a genius-level inventor, Wormhole can procure or develop additional technology as needed. When not traveling via teleportation or using his personal business jet as CEO of TADI, Wormhole owns a number of other vehicles.

Wormhole's self-designed battle suit is made of hardened Kevlar plates over a titanium-dipped fiber, broken into multiple pieces of armor over a more flexible bodysuit for mobility. As a trade-off, however, the flexible armor leaves Wormhole vulnerable to injury from bullets or knives in favor of increased flexibility and lighter weight. His battle mask is made of a graphite compound, lined with Kevlar. The mask also contains a HUD that grants him access to various satellites and computers, as well as direct control over the TADI secure interface. Overtop his armor, he wears a hooded grey trench coat, made of a synthetic Kevlar material. 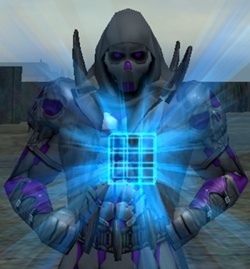 Wormhole carries with him TADI's trademark alternative battery called Aerocubes. These small, cubic alternative clean energy sources are capable of powering almost anything in the world that requires battery or energy to function. Wormhole can use his Aerocubes to override and allow him access to any technology, as well as destroy it by unleashing the arc energy stored within the cube. These Aerocubes are the batteries that power all of TADI's technology and are personally developed by Wormhole himself.

Wormhole has numerous affiliations from the scientific and business worlds, as well as from his activities as a supervillain. Listed below are Wormhole's closest associates and his personal enemies.

The following would be consider general knowledge for Dr. Trevor, albeit requiring some level of scientific or engineering ability, reading, and interest. However, much of the knowledge about Doctor Wormhole would require access to sealed police and government records.