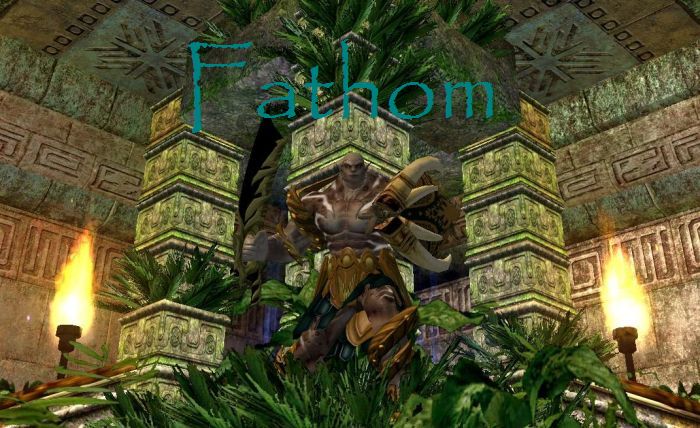 Fathom, is a Medium to Heavy, Mature Roleplaying Supergroup, with a Undersea / Merfolk / Atlantean theme. We are dedicated to fighting the global threats to the Seas, the enemies of the Greek Gods and more! For inquiries or more information, visit us at our Forums at Fathom @ Guildportal.com
Fathom Soundtrack
The Gathering Tribes
Children of the Deep
The Accord is Made
We are the Fury

"I will always remember the children."

Its the children that stay with you most... The wise grow old knowing that the world is a dangerous place, and that threats lurk everywhere. However, there is a certain stain left upon even the most virtuous, when we see those evils wrought upon our children.

How long oh mighty Poseidon, must we endure silently?

How long must we mourn our children?

I say, the Gods ARE displeased... what if they are only waiting for us to finally do something about it? Do the Gods not favor the Bold, the virtuous? We must deliver ourselves, from these evils... and by the will of the Gods... so be it.

We are the strongest of our people, we are the voices that can cry out... "NO MORE!" We can raise our swords and dare the evil ones, the incompetent ones and the ignorant to take any more from us!

I bid you brothers and sisters, reach into your hearts, into your souls, and find that courage to face the unknown with us...

I bid you ask yourself... "Is another child too high a price to remain hidden?"

Fathom are Sea Dwellers without formal Government or Political structure. Indeed, they believe that such organizations as Senate's only give those in authority pause to wittle their thumbs while tragedies plague the Immortal Sea and defile their homeland. Such an unanswered affront is to spit in the face of the GODS.

Fathom consists of rogue-like heroes willing to take action where governments wont. Though they are bold and often Dangerous, the members of Fathom are far from unwise in their approach to threats to the Sea, the Gods and themselves. They weigh the consequences of their actions against those of inaction. They wish for Peace, but are not willing to wallow or linger in the tragedies brought upon them by mankind. (Whether intentional or not)

For a bold new twist, and significantly less formal setting... Fathom is still everything you love about Empire of Atlantis, and is meant to tie directly into the Empire of Atlantis. We are all on the same side, we just may have different ways of fighting our battles.

Some may call Fathom, the Empire of Atlantis's hotheaded little brother, with a twist of Good humored Piracy and wanton abandon!

Fathom have the same code of ethics and honor of the Atlantean Military (many of the members having either served for or with them) but not the Sworn Loyalty to Atlantis or any other established Government. (there, of course, are some individuals with more wavering degrees of what may be considered acceptable levels of integrity and honor... though the majority share a very warrior coded belief in family, duty and community)

Fathom see Atlantis, Merridia and the many other governments of Sea races as potential and welcomed allies. The members of Fathom simply do not believe in politics. They believe that a more primal, though honorable approach is necessary to facilitate the safety and tranquility of the sea races.

We are Coalitioned with the Empire of Atlantis, and Cascade Dawn

We're 90/10 on the roleplaying/Out of character talk. If you absolutely must speak out of character, make sure to put double parenthesis around your comments, such as ((afk)).

The Scripting for the ((OOC)): startchat bind is as follows;
/bind shift+enter "beginchat /say ((OOC)): "

Another fun Bind is the AFK bubble message, useful for displaying RP info about your character while you are typing, it is as follows;
/bind enter "afk <your message here> $$startchat"

You can add some fun Macros with this Binding, allowing you to identify your current target (in game brackets) into your speech! It is best to demonstrate this Binding with an example;
/bind F7 "local Your Crime Spree ends here $target!"

You can add emotes into your binds simply by dividing the parts of the bind with "$$" and beginning the emote with a simple "e". Example;
/bind shift+i "local Your Crime Spree ends here $target!$$e point"

You can also add your own powers into your binds with "powerexec_name <<the power>>", you can find <<the power name>> in your Powers list tray from the pop-up menu... Example;
/bind shift+i /powerexec_name steamy mist

(NOTE:)
It is Important to mention that the "/" can be substituted for "$$" when stringing together multiple functions in the same bind... Example;
/bind f8 "local Your Crime Spree ends here $target!$$e curseyou$$powerexec_name Indomitable will"

Fathom shares a great deal of developed Canon and Mythos with the Empire of Atlantis. The details of the many wondrous and dangerous elements of our RP world can be found here;

All inquiries or admissions are submitted at our Forums page at Fathom @ Guildportal.com

The Leaders of
FATHOM

Distromedes was indoctrined into a hard life as a child. Made to fight in vicious illegal Arena's, he quickly learned how to kill. He grew a reputation as the "Monster of Verdai Deep" and the unsavory came from leagues around to witness his brutality. Given the chance at freedom, and the opportunity to be the man he chooses, Distromedes has dedicated himself to a higher cause.

Takaroa hails from the Depths of the Pacific, in the Heart of The Ring of Fire. Having united his people under the past law of Paikaea, Takaroa has emerged as the Elder, or 'King' of his people. His understanding of the Sea has given him great strength, and great humility.

The Legion of Fathom

Who knows where this creature of the depths came from. He claims to have wrestled the Leviathan itself for two thousand years, but only lost because of circumstance with his brother. Whatever the case, Saeglopur is loyal to a card game, women, and good drink!

The Ruins that Fathom call home are located within a realm inside of the Primal Area of Eden. The mystic minds behind Fathom discovered the echo of this untapped locale, as they neared its proximity while facing threats in the overgrown area of Paragon.

Touched by the Primal majesty of this pocket dimension, which reminded the mystics of the fabled Pangea and the legendary Continent of Atlantis in Ages past, the members quickly explored the Ruins. The members of Fathom felt like they had been drawn to the locale by the will of the Gods they so revered, and treat it as a blessed realm, bestowed upon them. 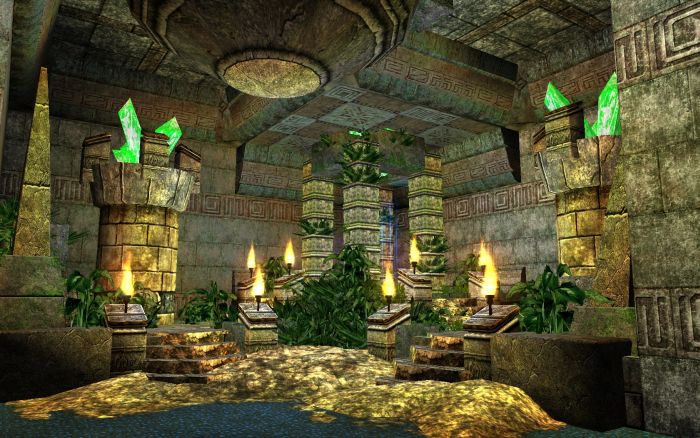 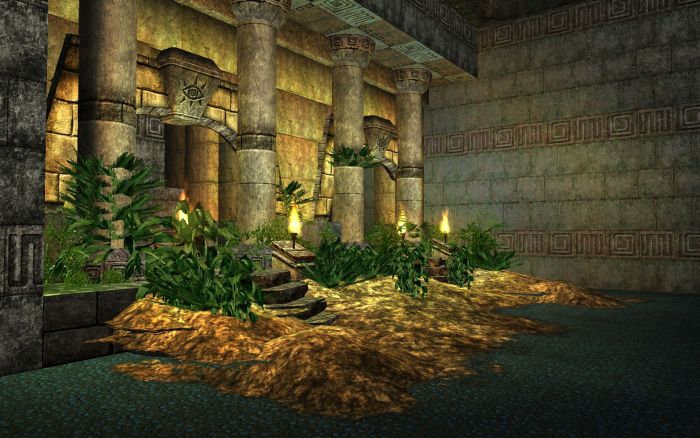 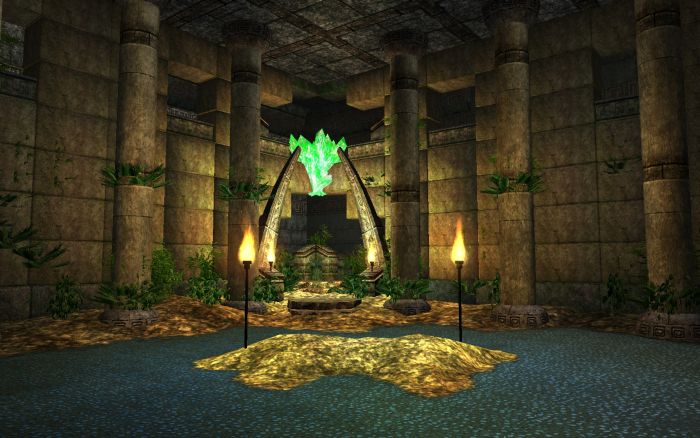 This is an area where you can view some of the exciting things that have happened, or are happening at Fathom! More Pics, and story arc's can be found at our Fathom Gallery. 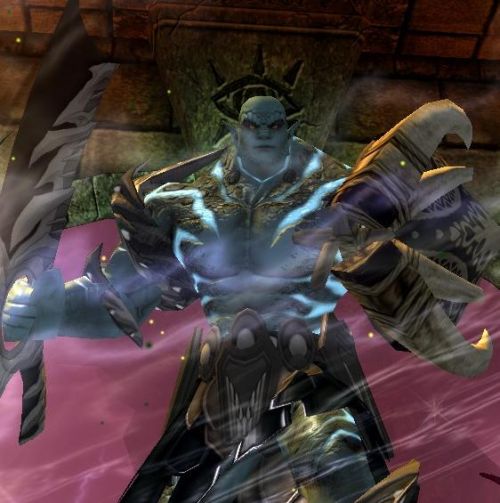 We are an Mature RPing group looking for RPers, writers and artists! Looking for a home?

Like this Page!? Enjoy this Story!? Get to know the man Behind the keyboard at @Jade Defender here at Virtueverse!
Retrieved from "https://virtueverse.net/wiki/Fathom"
Categories: Heroic Group | Fathom | Group | Character Group | Undersea | Merfolk | Supergroup | Roleplay