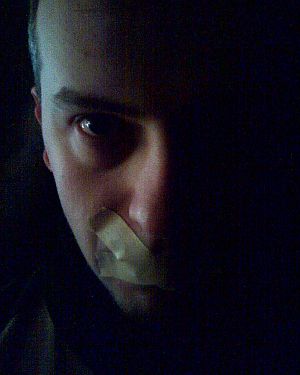 My very first Roleplaying began as so many of us do, with action figures, in my bedroom, and my backyard, as I fantasized my toys were real heroes, and villains carrying out their great adventures... I often would develope elaborate schemes, and scenarios, that I would invite friends over to participate in, that required several days of play to complete, and complicated bases developed from other toys in my possesion, or crafting from many odd ends and bits, and even the environment (holes in the backyard, mud walls, twigs and twine for buildings, etc)

I look back now and realize that even then, as a child, it was in my nature to be creative beyond the norm, and to take the story further for a greater experience.

I began writing my own comic books, that I drew, colored and copied, later distributing at my school for 25 cents a copy in elementary (approx 4-6 grades) I did this for a number of years, creating my own heroes, and villains, engaging in countless story arc's that were imaginative, but lacked appropriate luster.

My first Real Roleplaying experience was in 2nd Edition Dungeons and Dragons (TSR), at age 11, as a chaos warrior, roaming the world as a nomad, with a dark heart and a heavy blade he waded through the failing world of men as a harbinger of doom.

I have come a long way in my experiences as a player and more so as a story-writer/teller, having tested a great deal of RP systems from multiple companies. Including;

My experiences in MMORPG's stem from my beginnings at Ultima Online and continued to...

Ultimately this all lead to me creating several *bastard systems of my own, incorporating several useful mechanics from my favorite systems. Some games I made systems for include;

In all honesty I cannot tell you how many stories I have either told, or helped friends tell by Co-managing their campaigns, and assisting strangers as a creative consultant with their stories... I have been at this game for a long time (lol, Security level 17 for how many years fo GM'ing I have) and have a massive background of stories and creative opportunities. As a games master I have a lot of experience with managing a troupe of players (sometimes more then 9 players in a pen/paper campaign!) and walked away from an epic story hailed by my peers as unmatched!

Not trying to toot my own horn, but I take a great deal of pride, and a strong sense of accomplishment from a great story told, and am always excited to be part of the next great adventure out there!

I heavilly encourage members I associate with to be creative, and give them many opportunities to take the reigns and develope their potential. I am a sucker for a great story and I know that the future of great stories are among us now, I want to help to see them bloom into the next J.R.R Tolkien or better!

I am a friendly and outgoing member of the online community, and love to hear input on new story arc's or be involved in a friends next great Idea! I am a firm believer in respect in all forms, and treating your fellow members of the online community fairly, and make great efforts to keep them involved with the story as a whole.

My greatest online experiences in RP began on Neverwinter Nights developed by Atari. there were Player made "consistent" worlds that players would keep active even while away by creating dedicated servers of their personal PC's. I too did this by releaseing "A candles fickle flame" my horror genre, survival story. It was a short story with only 19 zones to move through, but playing the full content without "farming" for spawns would have a player start form 1st lvl and end up 15-16th (D&D) while being ingrossed in a creepy atmosphere, making absolute victims of the players... It enjoyed a big span of popularity in 2002, with many players repeatedly going through the scenario with friends...

Though I recieved lots of positive feedback, and comments on my world, I moved on to bigger MMO's...

I would not find a better experience in RP untill City of Heroes...

By the time I joined City of Heroes, it was 2 years old, and I didnt know anything about the game, or its servers, players, etc... My first characters were less then fantastic in design, as I was a child with a massive palette of possibilities. I played a tanker with a loose Superman feel (Invuln/SuperStr) to 20th level on the Liberty server, but never really found any RP. Shortly after, I deactivated my account, and gave up on the game...

I played World of Warcraft heavilly from then on, for several years, not truly RP'ing very heavilly, but enjoying the world all the same, as I was a history buff on the World of Azeroth. I often enjoyed small nuances the developers incorporated in the world, that many players overlooked, not understanding the significance of the details... Ultimately my Experiences in WoW were negative, after achieving 70th lvl as my Draenei paladin, the game lost all its luster, as it was very much like a job in order to participate in end-game content...

A friend test-played City of heroes, from a 10 day trial account, and I was offered a 10 day trial as well... Shrugging, i activated the trial, and enjoyed myself. It was a fresh experience after WoW, though I returned to Liberty server, still to not enjoy any real RP, I made lasting Friendships with many great players, who shared common views with me. I would later discover the Virtue server was a sort of "unofficial RP" server, where many players knowingly come to experience RP of every facet. Once i made the server switch a fantastic opportunity to immerse myself with countless RP players, with a multitude of different story styles presented itself. I was once again developing creative story plots, and sharing in excellent arc's and substories with a great many players. 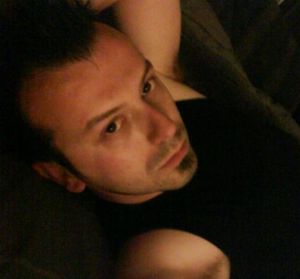 To date I consider my experiences in CoH / CoV my best RP online thus far, and am glad for a game that provides so much material and diversity for players to create and participate in an near infinite possibilities of story ideas! With the newest content releases the game only gets better for us that enjoy the Rp atmosphere... and the future realeases only seem to promise so much more! I will be a fan and avid player of CoH / CoV for some time to come :)

This is a list of the current roster for my Virtue server, City of Heroes/City of Villains characters; 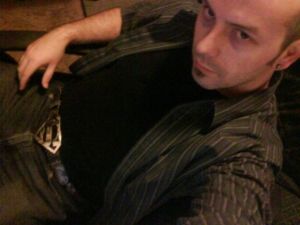 The Following links are to my (wholly, or partially) designed Virtueverse Supergroup/Villaingroup pages;

I am Retired Active Duty U.S.ARMY, and am excited to continue my career path in the civilian sector. I am a proud parent of two darling girls, whose smiles banish my darkest days, and they are the light of my life.

A big "Thank You!" to my close friend and fellow RP player Gelle for her contribution of the banner to this page, its a fantastic addition to what may be a legacy in the making with our stories and events online! 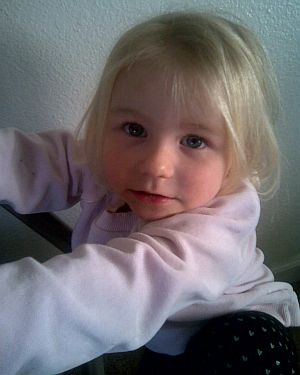 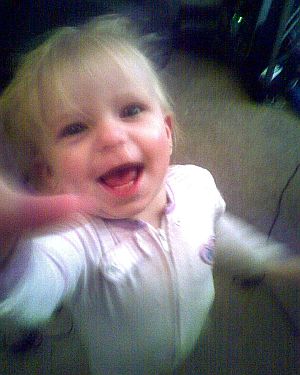