After the Daemon prince Auren Phoenix plotted his departure from the Realm of Draconis Nexus, of the Outer realms, where the light of the worlds never shines, he put together a brotherhood, a union of Outsiders. These beings also, outcastes, nomads, and exiles, gathered and swore an oath of Treaty. To use their supernatural gifts, birthrights, or stolen power to benefit the whole so as to garner strength in numbers, from the many evils of the Abyss.

In this modern day, many dark and sinister things stir within the shadows of the mundane world. Some plotting their return to power, others the ultimate corruption of everything beautiful, but ultimately they serve a very dark plan. Those that are outside of the dark plan, the masquerade of doom, those that choose to be their own masters of their destinies, they are the unholy blessed. For they have sanctuary within the order. None can escape the dark mechinations of the masters plots, but they can choose not to be pawns, they can choose to be rogues, and they can find solace here. To raise their own citadels in history, and be the dark legends that the bards sing about in hell. Go out standing, fighting, a brilliant flare who's voice shook the heavens, or go out on your knees...

The members belonging to the Inner Sanctum are the elites found within the Sanctuary's members. They are driven and methodical. They carry themselves with dark purpose, and have earned their place among the finest members of the Sanctuary, with their devotion, sacrifice, and determination.

The Sanctuary is Coalitioned with The Blackest Heart; belonging to Addramalech the Necromancer, with The Dark Brotherhood; Lead by the madman Carnivale, with The Forces of Tarka, lead by Princess.... and with Once and Future Queen Home of Red Delilah.

All conversation outside SG chat is considered "In game" unless denoted by (()) around your statement, ie; ((brb drink)) So when speaking out of character (OOC), please use the appropriate annotations.

The Scripting for the ((OOC)): startchat bind is as follows;
/bind shift+enter "beginchat /say ((OOC)): "

Another fun Bind is the AFK bubble message, useful for displaying RP info about your character while you are typing, it is as follows;
/bind enter "afk <your message here> $$startchat"

You can add some fun Macros with this Binding, allowing you to identify your current target (in game brackets) into your speech! It is best to demonstrate this Binding with an example;
/bind F7 "local Your Crime Spree ends here $target!"

You can add emotes into your binds simply by dividing the parts of the bind with "$$" and beginning the emote with a simple "e". Example;
/bind shift+i "local Your Crime Spree ends here $target!$$e point"

You can also add your own powers into your binds with "powerexec_name <<the power>>", you can find <<the power name>> in your Powers list tray from the pop-up menu... Example;
/bind shift+i /powerexec_name steamy mist

(NOTE:)
It is Important to mention that the "/" can be substituted for "$$" when stringing together multiple functions in the same bind... Example;
/bind f8 "local Your Crime Spree ends here $target!$$e curseyou$$powerexec_name Indomitable will"

The Sanctuary of Darkness Leaders

The Sanctuary of Darkness Members 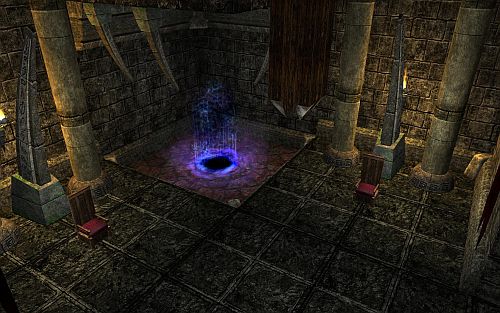 The Sanctuary itself is another dimension. The Cathedral built on the Archangel Azrael's grave, the monument where he fell in service to the light. 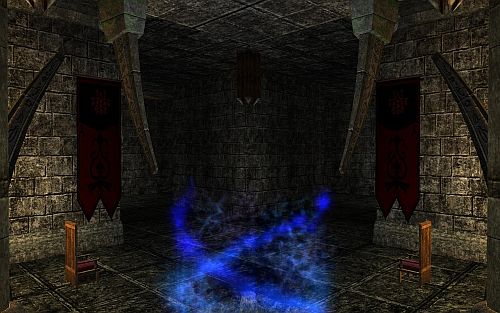 One angel against hordes of Daemon lords and Fallen angels, he stood resolute, a beacon of defiance under the greatest of odds. So impressed with his Valour, with his Prowess, and his courage, the Fallen angels ordered a dark citadel built upon where he finally fell, in commemeration of his final moments, never to be forgotten. The citadel stood in the Outer realms for hundreds of years a reminder to what it meant to give your all, and never accept defeat. 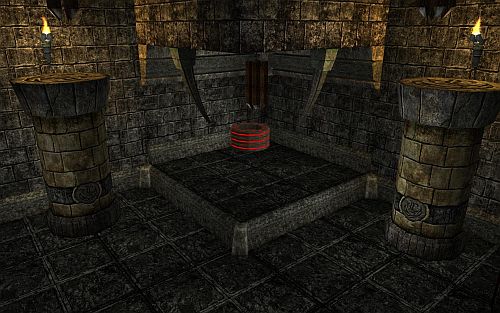 When the Daemon prince Auren acquired the blood of a Fallen (DarkWalker) he gained access to its long forgotten halls, and with the aid of members of the Order, cast powerful ancient magics to transport the location to his own sub realm, where he is master. 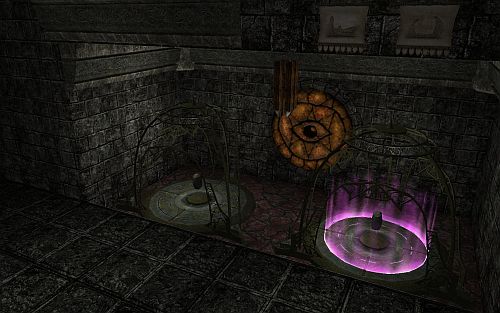 The Citadel was chosen for its symbolism, for fighting for what you believe in, for giving it all... for going out in a blaze of glory, its history is never forgotten or tooken for granted by the members of the Sanctuary, for its that essence that unites them all. 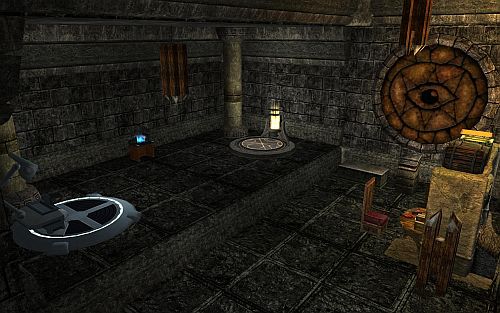 It has grown into the Safe Haven of Auren Phoenix and the Fallen Angel DarkWalker, where they operate and reside along with their fellow outcast's. 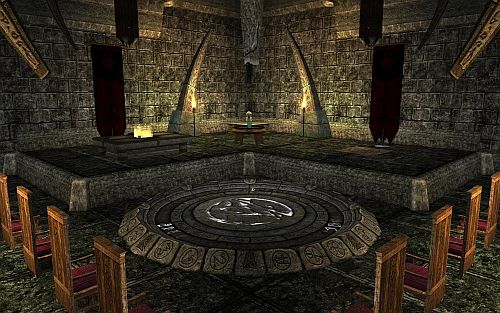 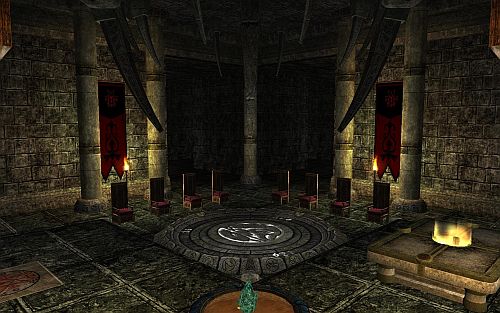 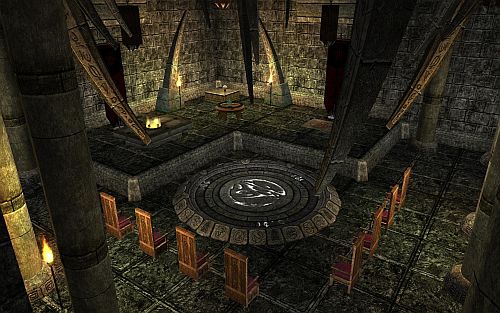 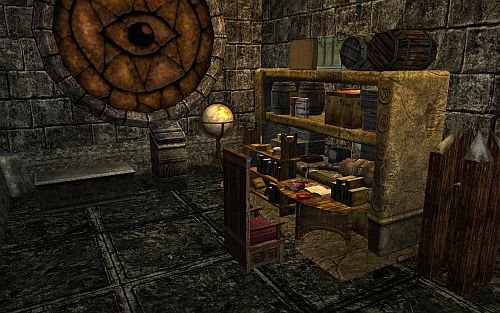 This is just a few shots of some of the exciting events, and people within the Sanctuary! There is plenty more pics of our adventures at our SoD Gallery. 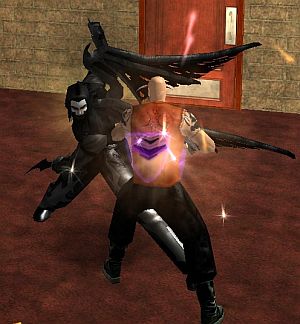 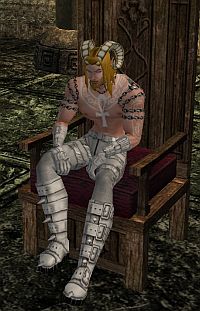 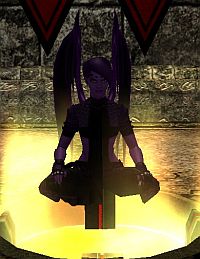 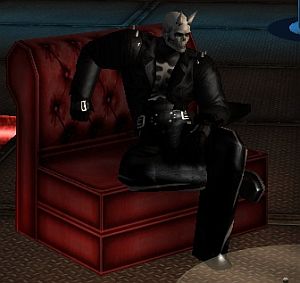 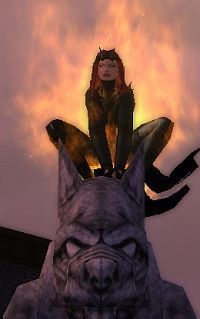 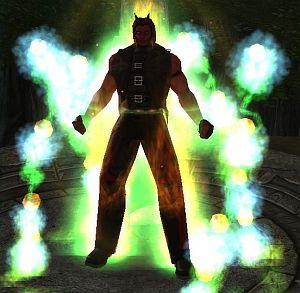 Like this Page!? Enjoy this Story!? Get to know the man Behind the keyboard at @Jade Defender here at Virtueverse!
Retrieved from "https://virtueverse.net/wiki/Sanctuary_of_Darkness"
Categories: Villain Group | Supergroup