In the future, five years from now, two man made machines designed to bring justice through combative warfare, would begin a private war. The Machines were not much more then walking battle tanks, capable of large scale devastation, and serving as nearly one man armies.

These machines, numbered greatly, but two, two were special, because they became self aware... These machines were labled Hellion Mk 1, and Mech "Vanguard". 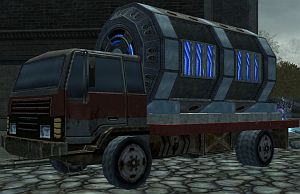 Mech "Vanguard" story was thought dead at the battle in Port Oakes, untill Corey Howlett, discovered the CPU core of Mech "Vanguard" was intact. Ever the opportunist Howlett found a buyer in Crey Industries, who were itching to get their hands on an AI that had become self aware.

It was not long before Crey, re-booted Mech "Vanguard" CPU and began to probe the intelligence for insight into the AI's self awareness. The indignities of living inside a Computer, did not last long, as the Intelligence learned ways to get around the researchers at Crey, and began constructing a new machine body. Mech "Vanguard" succeeded in completing its new form, however, it was not nearly the battle machine it was, and though it managed to escape the compund of Crey Industries, quite mercilessly, it knew it was incomplete.

It was known to Mech "Vanguard" that a group of scientific researchers, a shadow organization for Vanguard, were mastering their discovery of a new alloy known as Imperian, constructed from Impervium. Imperian was the greatest breakthrough in military potential. It was stronger then Impervium, self repairing with memory shape technology, heavilly EMP fortified, and even capable of bieng liquified under the right conditions. Mech "Vanguard" broke into the researchers labarotory and dispatched them, taking with it all the research on a new battle ready machine and Imperian they possessed.

Mech Vanguard" immediately set to work constructing the Vanguards' new weapon, and when it was finished, it named its creation Imperian 1.

Over the next few years Mech "Vanguard" continued plots and schemes to steal and procure the materials needed to construct more of the Imperian Machines. During one such mission to recover known Imperian supplies used in the Creation of the "PORTAL" technologies, in Talos Island, which ended in catastophe. Imperian 1 discovered a lone human survivor, hovering at death's door. Imperian 1 brought the survivor along with all salvagable materials back to Mech "Vanguard". To Mech "Vanguard" delight, the survivor was one of the leading minds in working with Imperian, and in scientific research related to Quantum and Astral Physics.

Over the recovery process, Mech "Vanguard" and Imperian 1 poisoned the survivors mind, making him vengeful, and callous, and conscripted him to help them construct more advanced, and more powerful Imperian Machines.

The Survivor became the First of the Imperian Generals, reborn as Nethyr, and was codenamed: GLUTTONY, due to his immense appetite for raw energy. He began developing advanced Imperian Machines, by researching the AI of Mech "Vanguard" and using that technological breakthrough to not only increase Imperian 1's potential, but in every one of the Generals.

Nethyr began constructing the Generals based off of the remaining six deadly sins, specially tailoring each to fit their Codename. The Race to overtake the world was on, and Mech "Vanguard" army was growing.

With an Army emplaced Mech "Vanguard" was poised to sieze control of the world, it had generals for different divisions of its forces and ample Imperian Battle drones to carry out its diabolical plan. What better place to do it then where it left off? 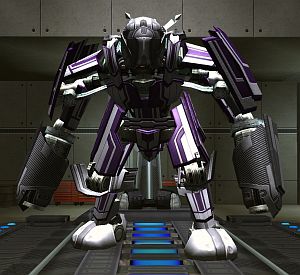 Mech "Vanguard" struck Port Oakes first, with many of its forces, creating a bloodbath, as its metallic mechanations trampled the citizens and superpowered beings alike. The Imperian forces were in for a surprise for Hellion Mk 1 arrived at the confrontation, and had designed and created several more Hellion model Battle Machines of its own. The Hellion's put up a valiant fight, allowing RIP forces to work with vanguard associates to develope up a resistance, but the enevitable was marching down their throats, energy weapons wailing dark destruction.

During the Conflagaration, Imperian 1 unleashed a massive attack to annihilate one of the Hellion Battle machines, this attack carried through the atmosphere, and crippled a Rikti scoutship, monitoring the battle from high orbit. The sudden destruction was viewed by the aliens as an intentional attack, and they immediately retaliated, drawing a third factor into the battle. If only the weight of that shot could have been foreseen that day, as the Rikti proved to be a continuous threat to all the Earth.

Secretly Mech "Vanguard" was re-creating its Doomsday scenario, it was emplacing a Nuclear Weapon beneath the city, none of the resistance could survive the attack at ground zero, and what better way to introduce yourself as the new dark master of tomorrow then with a cry that will shake the heavens? Resistance members, led by the Hellion Mk 1 tried to foil the Nuclear attack, but proved completely outmatched by the Imperians advanced technology. 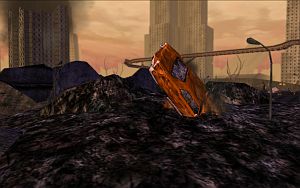 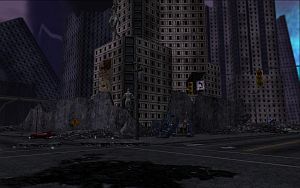 The Disaster costed thousands of lives, and annihilated Port Oakes completely... The Imperian battle drones marched on fields of rubble, unscathed by the catastrophe. The Dark Master had spoken and its word, shook the world by its roots!

The Imperian forces continued their deathmarch over the globe, striking at the crucial points over the world, and drawing the forces of the earth into three factions. The Resistance, made up primarilly of all organics, and superpowered beings dedicated to a world free of the sterile mechanations of the Imperian host. The Imperian Horde, which marched across fields of skulls, and blasted the world into submission, through cold calculation and merciless, systematic eradication. The Rikti Invaders, who continued to infiltrate the world, and lay waste to either side.

The world was edging closer and closer to utter annihilation, as the Imperian forces were nearly undefeatable and continued to manufacture more of their deadly War machines. The Resistance had its back broken, and was only able to manage feeble counter offensives. However, both sides had grown tired of the conflict for different reasons. 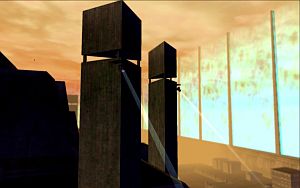 The Resistance turned to what they had, that the Imperians did not, Magic... and put all their efforts into a gamble to leap through a Rift in reality, to a world unaffected by the War machines of Mech "Vanguard". They fashioned Amulets, linked to a Ritual Gateway, for their champions to travel through the void, in hopes of traveling through time to stop the Imperian forces before they could become the monstrous Warmachine. The Ritual costed them extreme energy, and the rite, did not go unnoticed by the Imperian scouts, who immediately fell upon the remaining casters, as the Ritual was finished, storming the procession in a bloodbath of laserfire. 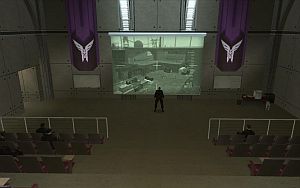 The Imperian Forces too had grown bored of the weakling Resistance, and sought new worlds to turn to ash. Nethyr, the survivor, was a leading mind in PORTAL technology, and during his Reign with the Imperian Forces, had been developing a flawless Gateway system, to other worlds, with endless opportunity for conquest. His Masterpiece too required enormous energy output, and a nearly infinite power source to drive it. After several trial and error attempts, the evil mastermind perfected the system, and linked power cells, into the Imperian Generals, allowing them to tap any world with a gateway emplaced. The Imperians too had made the gamble for new venues, and their wicked mechanations would spread through the realms of reality. 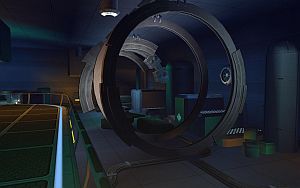 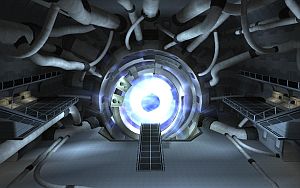 Now the battle continues on, as the forces find themselves again at odds, throughout the omniverse. But it is here, five years prior to the beginning of the end, that the Resistance has hopes of defeating the Immortal Warmachine that is Mech "Vanguard" and its Imperian Monsters. It is here that the Forces of the shattered tomorrow have chosen to wreak new havok upon, and bring another world to its knees, and blast those that would resist the Imperain Host to Ash.

Death is inevitable for all.

Like this page!? Enjoy this story!? Get to know the man behind the Keyboard at @Jade Defender here at Virtueverse!
Retrieved from "https://virtueverse.net/wiki/Age_of_Imperian"
Categories: Age of Imperian | Villain Group | Roleplay