Legal Status: Wanted for Murder in 14 countries, and for treason in 3 including her homeland.

Base of Operations: Unknown

Physical Description: Non-descript in appearance, middle eastern descent with black medium length hair, dark brown eyes. Normally seen wearing red infrared combat goggles and a half face mask with a leather tactical suit and belt. She blends easily into almost any crowd and is believed to have a PCD (personal cloaking device). Has a single jagged scar, about 2" long located .5" under her right eye. 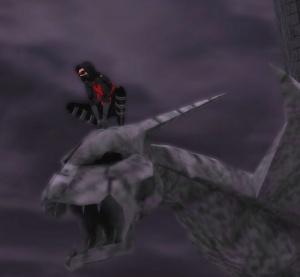 Mada was born in Valletta on the island of Malta to Malik and Nasira Zarifa, both members of the secretive Malta organization. Nasira was one of the founding members of the Knives of Artemis, and a member of their secretive inner circle the Sisterhood until her death in 1992. Malik, is a current member of the original council of directors of Malta, aiding in guiding the organization in its ultimate goal.

From the moment she was born Mada was groomed for her eventual position within the organization, and her martial arts training began as soon as she was able to stand on her own. Trained rigorously in martial arts, weapon mastery, and educated by the finest tutors available. Mada developed into a refined, cultured, emotionless killing machine, indoctrinated to the Malta cause. With her mother's death in 1992 she entered the Knives of Artemis and received her genetic modification and cybernetic wet-wear and quickly accelerated through their ranks, her methods differing from those used by rest of the sisters, more adapt at hand to hand combat and less willing to resort to weapons, which are easily tracked, unless necessary.

From the age of 16 Mada executed many high profile assassinations for both the Knives, Malta and several unnamed contractors. Her job was always quick, efficient and performed without question or hitch, Malta it seemed had created the perfect killing machine. By 19 she was a member of the Sisterhood of Artemis, and considered one of the most deadly members of the organization. However in 2003 she would meet Jack McKensie while working on a contract, a efficient, and deadly Malta gunslinger with a cocksure attitude and a thick Scottish accent. He was posted undercover working inside of a Hungarian corporation and was to be her contact and lead point on the assassination of the company CEO.

She masqueraded as his new girlfriend, milling and collecting information at company gatherings. They made a lethal combination, each working well off the other, and their relationship was never questioned by the targets. Jack and Mada had a torrid love affair, lasting the entire 8 months of their espionage work leaving them both entirely enamored with each other. Mada fell for his cocksure attitude, and Jack for her quick wit, non-nonsense attitude, and intelligence.

At the end of the contract the two young love birds met periodically in secret, unbeknown to them however the Council of Directors and the Sisterhood was on to them. Mada was an investment to the organization and it was determined to be unwanted. Jack was executed by Mada's sisters while on a job in the US. Mada however recognized the skilled hand of her sisters in his death.

Since that time Mada has broken her ties from both the Knives and Malta, and it was a bloody parting leaving more then a few of her past sisters and comrades dead. She has recently popped up in the Etoille Islands continuing her freelance work with deadly efficiency.

Mada has taken and completed a few contracts since her arrival in the isles, netting her a nice sum, and its rumored she is working on a large project for an unnamed contract regarding one of Paragon's most eligible bachelors, Randy Cole of Cole Technologies.

Is it also unknown whether she's working for Arachnos or someone else within the Isles. With her apparent break from Malta and the Knives its possible she's collecting information while working a variety of contracts in the Isles as her launching point into the United States.

Mada appears to have no powers beyond natural abilities and equipment enhanced skills. Her unnaturally high regeneration rate is believed to be thanks to cybernetic wet-wear enhancement circuits received while a member of the Knives of Artemis. Her strength, fighting abilities, and skill are all natural talents achieved through intense military style lifelong training.

Mada fights with a unique combat form that appears to be a lethal combination of Savate, Tae Kwondo, and Capoeira. She is incredibly disciplined in her fighting skill, and efficient in her execution. She has been observed on surveillance tapes taking out targets with a single hit. She trained vigorously her entire life under various masters before developing her own style, dedicated to some unknown goal and funded by the Malta organization.

Mada is genetically modified, possessing inhuman regenerative abilities. She was modified by the Malta organization and through her ties to the Knives of Artemis. She can heal even the most lethal wound in a short amount of time and appears to bounce back after even the most devastating blow. It however does not make her invulnerable and she can be hurt quite badly. 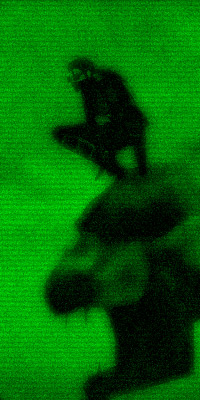