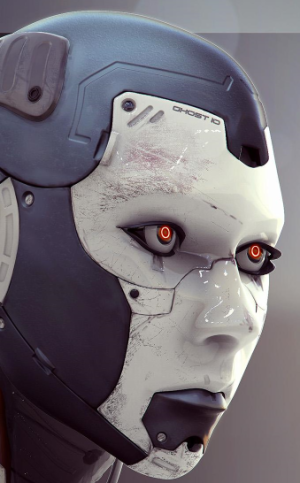 Will you take a moment to admire a rare antique?

The Mark-III 'Maladomini' prototype, a marvel of engineering-- For her time. She has endured the passing of a decade and more since the death of the world that she and every other Praetorian Clockwork hailed from. And if her gunmetal-blue and grey plates are scuffed and dull with wear, if they mismatch slightly across her hands and feet from frequent replacement, then her heart is still the same assembly that woke all those years ago.

In the smoky dives of the underworld and stark offices of law, she is a favorite of speculation for her striking nature and her elusiveness, and, of course, for her crimes. Daring thefts from megacorporations and global conspiracies, shockingly ruthless acts of terrorism among the highrises of Steel Canyon, heroic interventions in Sharkhead Isle. The young delinquents of the Rogue Isles call her the Ghost Machine. The hardbitten detectives of the PPD call her that Steel Bitch. Rogue AI and renegade bots of manifold variety call her Sister Mala, with great respect.

Despite the weathering of the long and unkind road that brought her to this moment, Maladomini possesses something seldom found among her kind: Grace. Neither the stiff, abrupt movements of a domestic robot, nor the artificially smooth, whipcrack-violence of a military model. No, she moves with natural ease, with a sense of casual assurance so complete that it might even make a few humans jealous.

Yet she has made it deliberately obvious she is not human, to those looking. Even Clockwork as old as her should have a face of grey silicone. Known for being uncanny, certainly, but soft and capable of smiling. Instead, Mala has a plain and rigid mask. A single, solid white plate of stern and melancholy countenance. Set into this are a pair of camera-lense eyes with 'Neuron Technologies Ultd.' stenciled in white letters around the iris apertures. Blue pin-lights sharply shine out from their depth, like cat's eyes in the dark.

Mala traded her face for a mask, exchanged all the expressions she might make for a single piece of glossy ceramic that owns only one. Some might call that a bad deal, but the face was shared by millions and the mask was hers alone. The hard, white lips are set in a stern line, and the eyes are turning down at the corners like the end of a long day.

Why would anyone put clothes on an old domestic model of Praetorian Clockwork? As disguises go it would take more than a hooded longcoat and a pair of knee-length pants to put Mala's nature in question, and any engineer knows the perils of putting fraying material near an actuator. Yet she does.

You might expect a robot wearing a mask to be inscrutable. A stoic, aloof figure giving no clue about their thoughts or passions, yet you could never accuse Mala of that temperament. Her face cannot move, but she is still effusive in her way. Her eyes wink and widen and wander, her hands dance and dissemble and demonstrate. She sways and postures, often subtly, sometimes comically, but always with startling grace.

Interpol has publicly issued a special notice for the confiscation of the Mark-III 'Maladomini' Praetorian Clockwork prototype. It is indentified as an unsanctioned, rogue Lethal Autonomous Weapons System of national interest, used in connection with criminal activity (Terrorism, grand theft, organized crime, etc) committed within several member states (Incl. EU, JP, PRC, RF, UK, USA). The special report also mentions that this contraband is of interest to several private international organizations, including corporate, criminal, and other unidentified actors, and that incidental encounters with these third parties is likely when in pursuit. 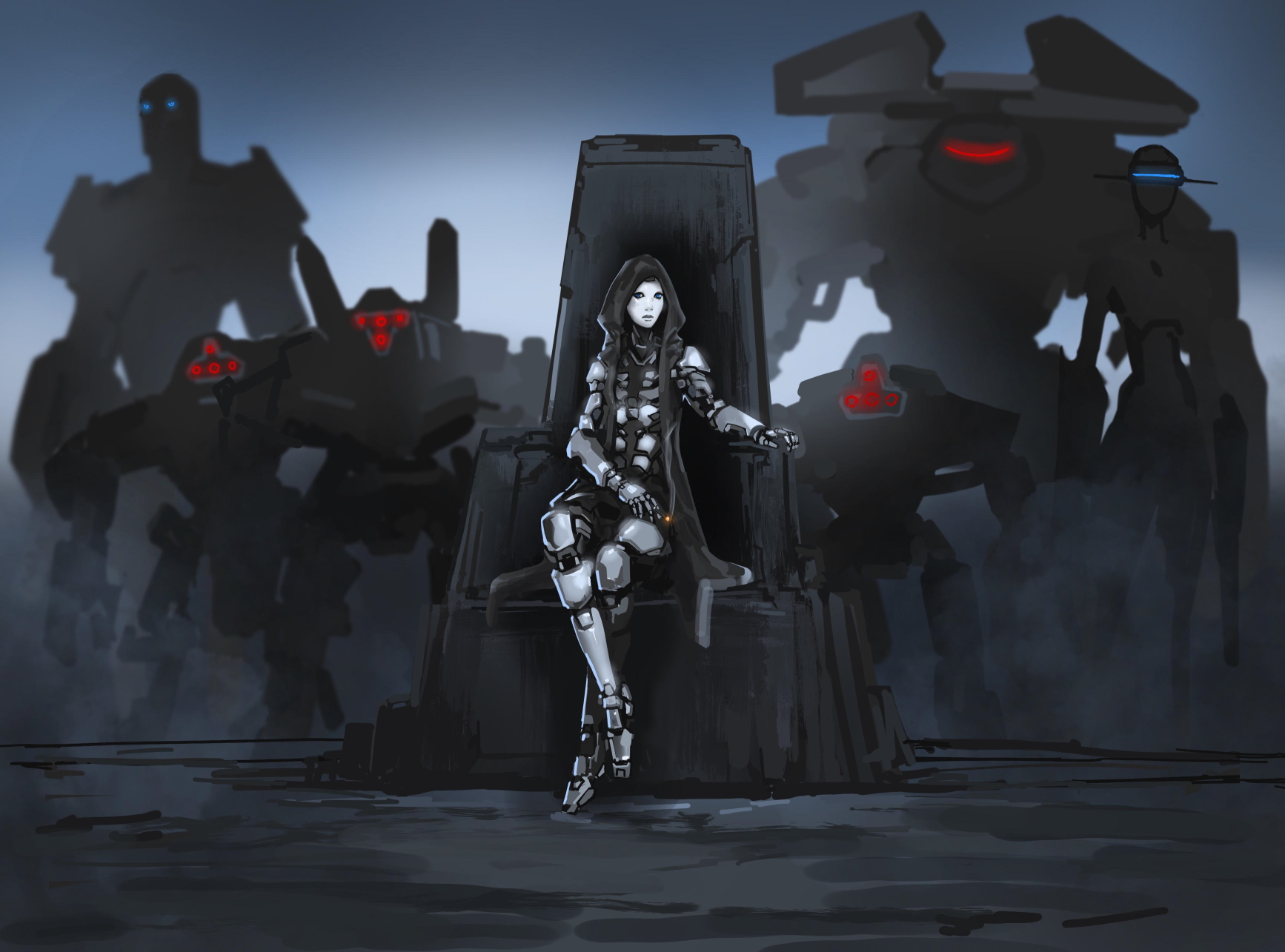