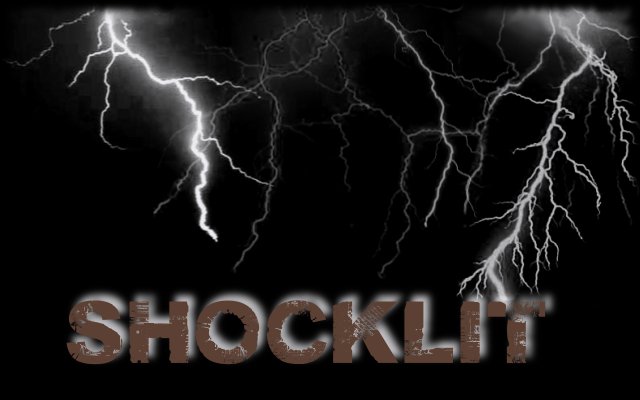 Dennis and Janice were married not only to each other, but the army. Dedicated to protecting their country for the future, they were shocked to learn they could not conceive a child. After ten years of trying, including three years of invasive treatments, they applied to adopt. Open to any possibility, the couple was approved and soon became the proud parents of a three year-old child from Mozambique. Janice retired from her post in the Army soon after their family grew.

Little Amira was a welcome addition to the family. She was a bright child and quickly adapted to her new life. She was smart and resilient, base hopping and deployments didn't bother her one bit. Always happy to see her parents, she was a ray of sunshine.

Dennis and Janice never held their love back from Amira, though they were strict. They had expectations and Amira was to meet them. She responded well to this relationship, however. And it was this relationship that helped move her through adolescence, when her unexpected mutation triggered. At the worst point, Amira lost control, shutting the power down in the residential area of the base only to discharge it in the backseat of her family's car. The system was fried, but luckily most of the electricity grounded and no one was injured.

Her parents made it clear that they were there to help, but expected her to take responsibility and offer to make things right. She did, spending the next week helping the families on the base get things running, doing chores for some, helping with computer systems for others. Any time she had free of that was spent learning to control herself, and by extent, her powers. Beyond that, she kept at her schoolwork.

Her grades were high, she participated in track and graduated in the top five of her class. Though Amira had excelled in history, her interest lay in following her parents footsteps. She took the ASVAB and received a rather high score.

Amira was accepted to the ranks of the Army and opted to focus her career on decryption and data work. Hacking and computer technology. She had a knack for it. It got her attention. She was a good soldier besides her skills. Her willingness to follow orders without balking was commendable. Despite her mutation, or maybe because of it, Amira pushed herself to be just as good -if not better- than the other soldiers. She didn't want anyone to accuse her of getting by on account of her parents or her ability to throw electricity around. Unless it was requested, Amira found herself not using the mutation.

She spent her first two years sharpening her skills in decryption and hacking. Near the end of those years, she was claimed by her higher ups for a small squadron that was being deployed to North Korea. The group of ten were all mutants and would be expected to perform at a higher rate of success and pressure than standard soldiers. She stayed with this crew for another two years, slowly moving up in rank. Amira was granted a Lieutenancy soon after and was shuffled back into the standard ranks and shipped out to Iraq.

She was given control of her own troops, though the control was not full. Orders were passed to her and she, in turn, was to pass them on and carry them out. Slowly, things began to wear on her. She didn't agree with all of the orders. Sure, she was a dedicated soldier, but there were several orders being given to her that she simply did not agree with. The final straw came during her second Iraq deployment.

A few kilometers from where her crew was stationed was a small town. It housed a clinic, a school, and several major targets. Amira was ordered to use any means at her disposal (including her mutation) to cut off power to the town until the targets surrendered. It went on too long. Three weeks in, the clinic lost the lives of a pair of malnourished children. Another two weeks and they lost five other residents. Amira's debates with her higher-ups went unheeded. Four weeks and ten deaths later, the targets were finally acquired.

When Amira was up for re-enlistment, she turned it down.

Amira informed her parents of her decision and they accepted it. There was no arguing. She was an adult, and they had raised her to have a conscience and to follow her gut and stand up for her decisions.

Though she attempted to hold down a few jobs, she felt as if they were a waste of her abilities. She had been trained and knew she was capable of more than a 9-5 IT job. It made more sense to find a job that fit her skill sets. So she did.

Amira spent one year travelling. Being her own boss and taking jobs that needed done and paid well. Hacking. Encoding. Protection duty. Toward the end of the year, she made her decision and turned to mercenary work. The twenty-six year old had marketable skills for this line of work and hopped between companies as a free-lancer for the next year and a half.

During one of these jobs, she got into a conversation about the Rogue Isles and decided to head that way and see what would happen. She found a place to crash in Port Oakes and asked around. Three months after landing in the Etoile Islands, Amira signed up with the Legion of Loathing under the lead of James Blackwell. She liked his base rules and felt his company of mercenaries would be a good fit.

Meeting Blackwell himself seemed to cement this opinion. And so, until he fires her or she dies -or finds a reason to quit- he has her loyalty.

Standing a little over five and a half feet, Amira is capped with a thick mane of long, dark hair. Her brown eyes are just as dark as her skin and are typically focused straight ahead. Her military training is apparent in her posture and dress. Not one to flaunt her body, she keeps to rather modest clothing and generally favors dark colors. She keeps her nails short, free of polish. Her shoes clean, maintained with over ten years of habitual care. The only time her obedient and trained posture shifts is when she is in decryption and hacking mode.

When hacking, her shoulders relax slightly, gaze trained on her current task. She seems rather comfortable in this occupation, a fact possibly attributed to her abilites.

In general, Amira is quiet and reserved. Her facial expressions are generally small, years of practice taking orders having taught her to keep thoughts to herself. Should, for some reason, Amira become closer to someone than on a business level, they would find her more open. Free with her laughs and smiles. This is a rare occurance as of late.

Professionally, she keeps her standards high. She gives respect to her superiors and hopes that her dedication to her job and willingness to follow orders will earn her respect in return. Not one to slack off at her duties, Amira is often focused on her work. When injured, she will be as active as possible, her pain threshold being higher than normal.

Amira's mutation has turned her into a bit of a walking conduit for electricity. Able to draw it in from her surroundings or from the static in the air, Amira can store it, amplify it and discharge it in various ways. Running with the guys in the Army taught her a good deal of hand-to-hand combat, which she decided to use as a base for her electrical attacks.

Having received the standard gun training (and then some from her father), Amira doesn't have to rely on her hand to hand combat. She just prefers it.

Amira is also a highly skilled hacker and cryptographer. Though it has been speculated that her hacking abilities here are linked to her mutation, there's been no way to test or prove the theory. What is known, is that her skills at hacking come much easier to her than it does to others, seeming -almost- on par with a technopath. When asked about it, she just says she understands the code and flow of programs and security. Her cryptography seems to be a gift the way some people are gifted with the ability to build engines or learn ten languages.

Amira is fluent in English, nearly fluent in Arabic and can follow a good deal of Swahili - thanks to a hobby/curiosity on her end.