“. . . the collapse of everything, of meaning, of language, of values, of art, disorder and dislocation wherever you look, entropy drowning everything in sight . . . - William Gaddis

Entropy Legion is a villainous group recognized by the Rogue Islands as a group who threaten the peace and well-being of all of the city's citizens. Specific to its operating principles, Entropy Legion is an organization that believes in the power of might over the people it victimizes and within its own ranks.

Entropy Legion keeps most of its attention on the meddling of Paragon City Heroes, although it does not restrict itself to the city's borders when it comes to dealing with heroics. Arachnos is by far the most regular antagonist of the Legion, but everyone in the city has learned to anticipate trouble when the word comes that Entropy Legion has arrived!

Recently, the Legion has gained membership into the Union of Dire Ambition. With the Union's backing, the Legion's HQ has gone through a major renovation and equipment upgrade. As part of entering the Union, the Legion were assigned to a Union sponsored guest villain from another dimension, The Traveler. Entropy Legion, bolstered by additional Union villains, acted as enforcers and key generals to Union minions on the Traveler's behalf. Hyperion Force engaged the Traveler and the Union minions in order to stop the scheme. While the Legion initially fought, they ultimately abandoned The Traveler and his schemes.

The Legion does not expect any punishment from the Union, as the double-cross is an accepted action of Union members.

Base of Operations: The Hideout 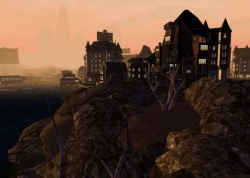 Under the towers of Dockside, Port Oakes 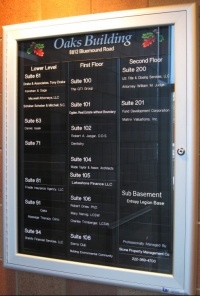 Building Directory
Recently, the base has gone through a major upgrade with funding from the Union of Dire Ambition. From the dingy sewer and delapitated machines into a high tech fortress, the membership into the Union has been very beneficial so far for Entropy Legion.

The Hideout is located under the Oaks Building in Dockside, Port Oakes. The Hideout is intertwined with the building's HAVC and water system. As a result, many exhaust vents and water/sewage pipes run through and around the Hideout.

The location is suppose to be a secret, but recently they have discovered that their base is listed on the Oaks Building's directory. They suspect that the former security officer, Septapus, was responsible. Septapus was known as a very poor Security Chief. 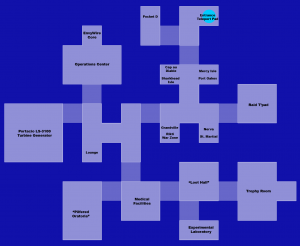 Ranks within the Legion as follows:

Minions are normal villains of the group, akin to cannon fodder as far as the upper echelon is concerned. As they make their way up to Special Agent, they have a chance to be more of a force within the Legion. The rank of Henchman, while normally considered a low level flunky, is a trusted (as trusted as you can get with Villains) agent of the Ringmaster, Taskmaster and Boss.

Entropy Legion is presently seeking driven and motivated villains of the Rogue Islands with no ethics, looking to expand their personal power and to spread destruction. Regardless of past history, good or bad, everyone is welcome with the Legion. The Legion is not biased of robots, demons, cyborgs, mutants, aliens, undead, faeries, scientists (both mad and quite sane) and many others.

The following 16 pages are in this category, out of 16 total.