Bianca was raised in a family that provided a great deal of structure and opportunity, but lacked in love. For every birthday, she would only get a present if she had straight A's and completed a report to be handed into her parents on what she's done and how she's excelled past last year. The only person she felt like she could connect with was her brother. It was clear from a very young age that she was gifted. She excelled in all her classes and skipped grades left and right. She seemed able to absorb information like a little sponge, excelling when it came to all things science. And the first time she laid her hands on a computer, it was love. She was in college by the time she was sixteen and had graduated with a degree in nanotechnology by the time she was 19.

During her final year of college, Bianca took a job as an Intern with Crey. Thanks to her skill and natural ease with all things tech, she garnered attention quickly, impressing the heads of the company and even Countess Crey herself. Once she'd graduated with her degree, there wasn't any hesitation in scooping the woman up and offering a well paying job. Bianca happily agreed, eager to continue growing and learning.

She was assigned to the Human Assessment division of the Nanotech Department, watching and studying the effects of different types of nanites in human subjects. After a couple of months, she herself started doing the surgeries, installing replicators and building Crey soldiers. She was loving every minute of it. So when she heard news of a new string of nanites needing a volunteer test subject, Bianca decided that it was her turn to see what it was like to be super human.

Using everything she'd learned about hacking, Bianca went into the Crey computers and set herself on the top of the list, ensuring that she would be the only real consideration for the new strand. It was no surprise to her when they came calling. Her turn to go under the knife. She'd never been more excited. 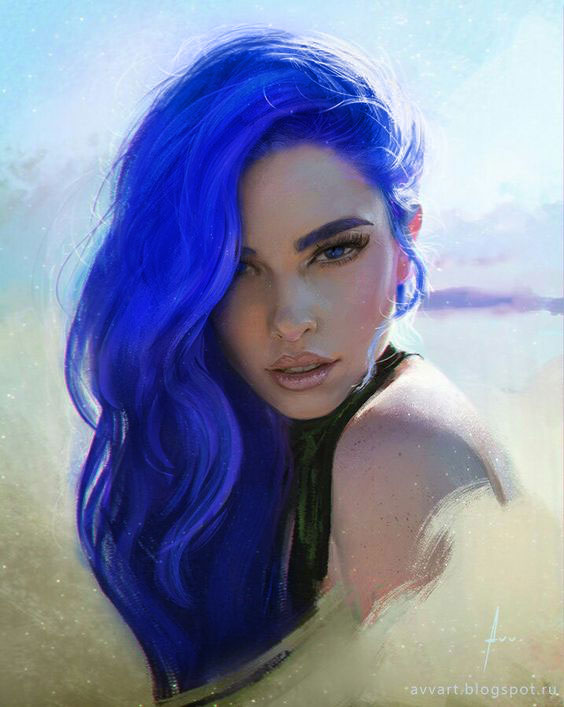 The excitement didn't last very long as Bianca soon realized some of the things that were going on behind closed doors. She finally learned what it was like to be on the other side of the looking glass. She was tested, poked and prodded. Experiments lasted for hours, drugs pumped into her, bombs exploded on her. She was tested and run around and kept without sleep for days on end to test her endurance and ability. But even then, she didn't complain, still a bit eager to see what she could do.

That was until a man was dragged into her cell. It was one of the subjects she herself had worked on. They had made her for a purpose, she was informed. Her nanites were special. She could control the others. Make their nanites do whatever she wished. She could even kill him, if she wanted. Kill him, they told her. Kill him or we'll kill you both. And it was then that she realized what she was there for. She was a weapon. Not just against their enemies, but a weapon to use against their own. An object made to keep the soldiers in line.

And she knew she had to get out of there.

It took weeks of planning, hard to do as she was watched so closely. But during one of the tests, Bianca hooked herself up to one of the computers, using it to overload the entire system, causing a meltdown in every single department. As chaos exploded through the base, Bianca ran. She sent a letter to her parents, a concerned member of Crey letting them know that their daughter died during an explosions at the lab. Bianca decided it was time to create a new identity and run. Run and never stop running. 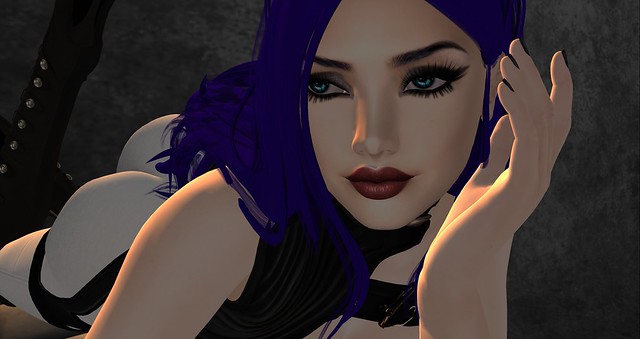 There have been a great many things that have happened to Jordan in the past few years. At current, she is the mother of her and her ex-husband, Chris James' children. The past few years she has been juggling being a single mom and running her tech company, trying to provide a good life for her children. In what little free time she has, Jordan has stepped out of retirement and is once again hitting the streets to try to keep them safe.

What They Say About Her...

"Jordan beats bitches up. She's also a crazy bitch herself. SO WATCH OUT, NOW." - Psychic Genesis/Zad


"Jordan equals that one rare weapon you can always get... but no one has except that one guy who hacked the game for it." - All Hallows Evil/Mike


"Jordan is a great person, that much can be said. She is powerful, supportive, beautiful, and friendly. She has been a great friend and she found the right guy to complete her. I definitely enjoy Jordan as a friend." - Chris Two

"I would throw myself in front of an army to keep you safe. Your involvement would increase my chances of being killed." -Robin when Jordan insisted on helping him in a possible upcoming 'war'.

'"Jord is one of my favorite people. Big personality in a smaller-than-me package. She's one of those I know will always be there for me, and I'd do the same for her. She just needs to stop stealing my style."' Jojo

"She's a real sweetheart. But damn, girl's got some serious bite. Say something nice when she's reporting for duty. it'll earn you some major points, and you'll need those to fall back on when you inevitably piss her off." Web

"...Some people're just worth waiting for."Robin

"Smile. This world is a more beautiful place with you in it." Cosmic Guardian

"Five ancient sages of bitchdom all gathered one day on the peaks of Mount Bitch to proclaim your birth! And a hundred years later, when all the bitch stars have aligned, you were born and made everybody's life around you a living hell."Chris on Jordan's declaration that she is the queen of bitches.

Derek - Boyfriend. A new love in Jordan's life, and he has already made it so much better.

Edenstar/Faith : Chris and Jordan's daughter. She came back to the past in order to help them out with something and ended up getting stuck when her reality began to fade. The pair are doubly blessed at the moment, having both their baby-daughter Faith and the future Faith.

Casey : They have been through a lot, most of it not that great. But they always have each other's backs, because that's what you do for family.

Robin : A friend who is always there to brighten Jordan's life with a smile whenever she forgets how to smile on her own.

Jo M. Sterling : An old friend. One of the best moms and best women Jordan has ever known.

Shimmer Strike/Roo  : An old friend. Still as fierce and protective as ever. 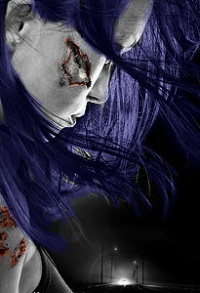 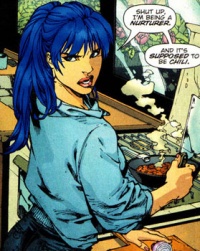 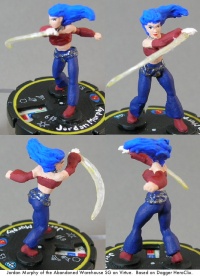 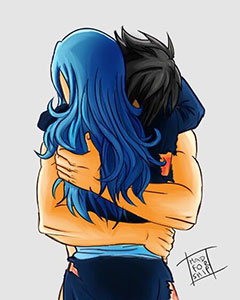 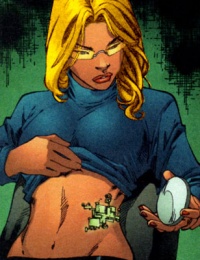 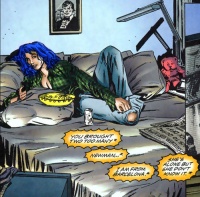 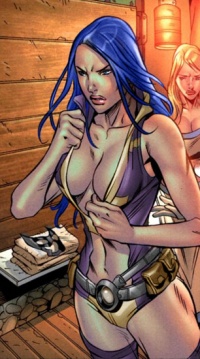 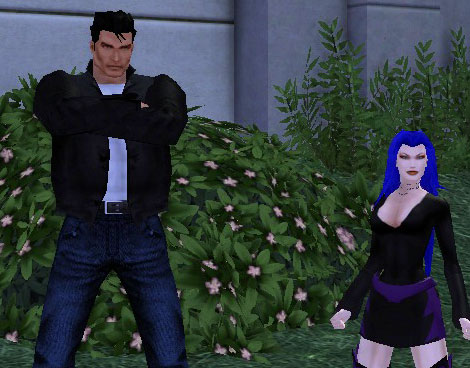 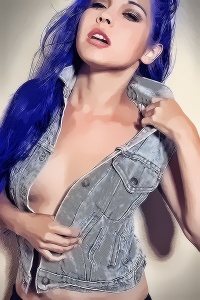 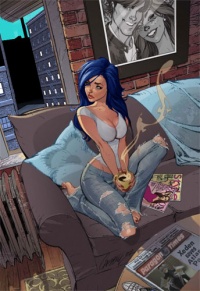